The Samsung Galaxy S20 FE (Fan Edition) may soon arrive as the Korean company's newest stripped-down flagship. The spiritual successor to the Galaxy S10 Lite launched earlier this year have been doing rounds on the internet frequently in recent weeks. Its specifications and design have been leaked already, and now, we have details on its pricing as well.

According to a retail listing spotted by Dealntech, the 5G variant of the Galaxy S20 FE will retail for CAD 1,148.65. The amount roughly converts to around $878. That's still expensive considering that it's supposed to be an affordable flagship. For reference, the regular Samsung Galaxy S20 5G was launched in Canada with a starting price of CAD 1399. So we advise you to take this piece of information with caution.

The report also claims that the early adopters of the upcoming affordable Samsung flagship will get four months of YouTube Premium subscription for free. It cites an official listing on Samsung Bulgaria's website. The listing has been taken down now, though. 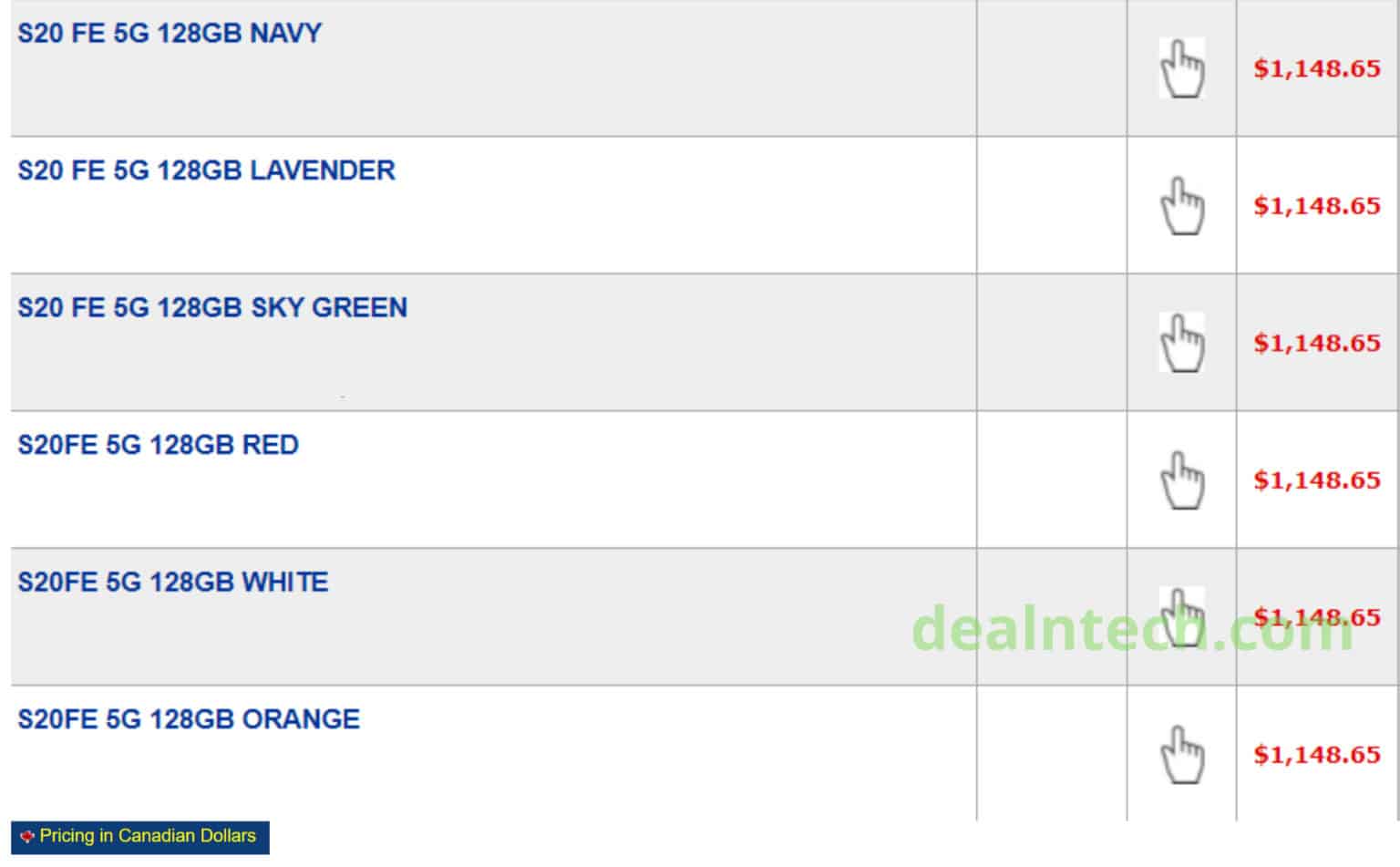 The recent Galaxy S20 FE price leak follows weeks of its specs and design leaks. The device will feature a 6.5-inch Super AMOLED punch-hole display with Full HD+ resolution, HDR10+, and a 120Hz refresh rate. It will reportedly pack either an Exynos 990 or Qualcomm Snapdragon processor, depending on the market.

A triple-camera setup on the back will feature a 12-megapixel main camera, a 12-megapixel ultra-wide camera, and an 8-megapixel telephoto sensor with 3x optical zoom. The front-facing camera will be a 32-megapixel sensor. The device will likely run Android 10 with One UI 2.x on top.

A 4,500mAh battery with 45W fast charging, an in-display fingerprint sensor, and an IP68 water resistance rating are some other key features of the device. Up to 8GB of RAM and 128GB of expandable storage is also expected.

The Galaxy S20 FE will come in both 4G LTE (SM-G780) and 5G (SM-G781) variants. There's no report yet on the pricing of the 4G variant of the phone. The device is rumored to launch in October this year. The sheer volume of leaks around the device in recent weeks pretty much confirms that it will hit the store shelves sooner than later.

Advertisement
Advertisement
Trusted By Millions
Independent, Expert Android News You Can Trust, Since 2010
Publishing More Android Than Anyone Else
24
Today
134
This Week
134
This Month
1416
This Year
111519
All Time
Advertisement