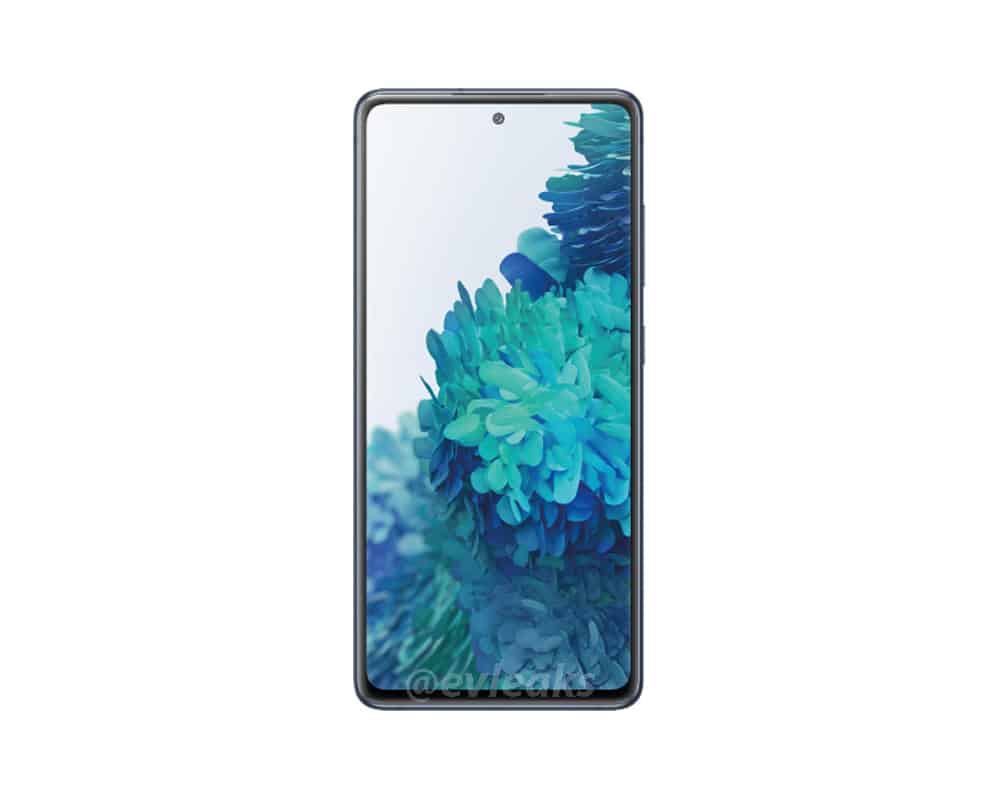 The Samsung Galaxy S20 FE 5G rumors have been popping up for a while now, and a new leak gives us a first look at the device itself. As you can see in the provided image, the front side of the Galaxy S20 FE 5G leaked.

This image comes from Evan Blass, who shared this image with its Patreon subscribers. As you can see, the device will look quite similar to the Galaxy S20 lineup from the front. Unlike those phones, however, this device will offer a fully flat display.

That is easily noticeable on this render. The device will retain a tiny display camera hole, though. That camera hole will be centered. Its bezels will be equally thin all around, or at least it looks that way.

The power / lock, volume up, and volume down buttons are all placed on the right side of this phone. An earpiece is also visible on this image, above the display. The phone’s edges are rounded, as are its display corners.

Evan Blass did manage to get us a first look at the Galaxy S20 FE 5G, but he did not share any additional info at this time. Some information did surface last month, though.

The Samsung Galaxy S20 FE 5G is expected to ship with a 50-megapixel main camera. The device may even include the Snapdragon 865, if the rumors are to be believed.

It was first rumored to ship with the Snapdragon 855 or Snapdragon 765, but that may not be the case. The device is also expected to include a fullHD+ Super AMOLED display. That will be a 60Hz panel, though.

Samsung had to cut costs somewhere. The phone will likely be made out of metal and glass. The Galaxy S20 FE 5G will likely be considerably more affordable than its siblings.

This phone is expected to compete with the likes of the OnePlus 8T series later this year, and similar phones. It seems like Samsung wants to try to lower the price of the Galaxy S20 FE 5G, while still making it a compelling product.

The company is looking for ways to boost its sales in 2020, in general, and especially in some parts of the year, it seems. It is trying to strategize a bit, it at least seems like it.

Samsung is planning to launch quite a few devices before this one, though

Before the Samsung Galaxy S20 FE 5G comes to life, whenever that happens, we’ll see plenty more devices from Samsung. The company is expected to announce its Galaxy Note 20 lineup on August 5, alongside the Galaxy Z Fold 2.

That is not all that the company will announce, however. It is quite possible the Galaxy Buds Live TWS earphones will be announced as well, along with the Galaxy Watch 3, and possibly even more hardware.