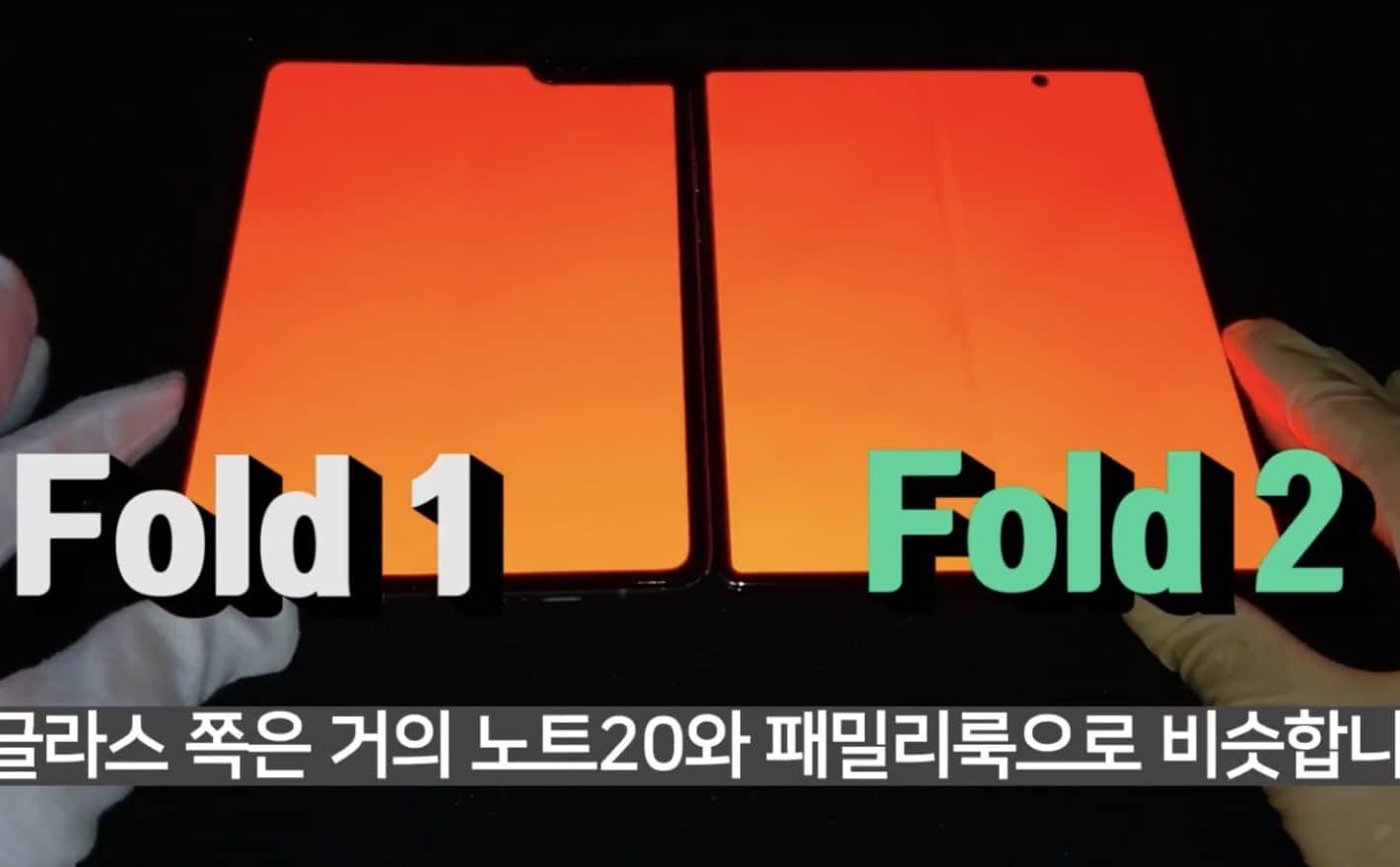 The Samsung Galaxy Fold and Z Fold 2 just got compared side-by-side in several images. This is the first time we’re seeing these two phones in a side-by-side comparison.

The images in question are placed in a gallery below this paragraph, and they really show the design improvements. The Galaxy Z Fold 2 looks a lot sleeker than its predecessor, that’s hard to deny.

The first image shows sketches of the two devices only. It shows the bottom part of both devices. They are somewhat similar in terms of looks here, but the Z Fold 2 is thinner, though it is also wider. The placement of the Type-C USB port, and the loudspeaker remained unchanged.

The second image shows us the outer displays of these two phones. The difference is extremely noticeable. The Galaxy Fold has much thicker bezels around the display, obscenely thick.

The Galaxy Z Fold 2, on the other hand, comes with really thin bezels, and a display camera hole. Its bezel on the left is thicker as that is where the hinge is, but all in all, it looks a lot more modern.

The third image shows the main displays on these two handsets. The Galaxy Fold has that notch in the top-right corner, which takes up more screen real estate than a small display camera hole on the Galaxy Z Fold 2.

The device also comes with an improved hinge

Samsung did announce that the device will ship with some new tech inside the hinge, that will keep the dirt out. The Galaxy Fold did offer something of the sort, but only the improved version of the device, not the original one.

The Galaxy Z Fold 2 did get announce at the company’s Unpacked event recently, kind of. The company did announce it and talked about its design, but it did not share all the information.

We still do not know the specs of the device, at least they weren’t confirmed. The phone’s availability info is also missing. Samsung did say that more info is coming at the beginning of September, though.

That is probably when we’ll get a full spec sheet, the phone’s price tag, and the date when its sales will commence. Do expect this phone to be quite expensive though, as it will likely cost over $2,000.