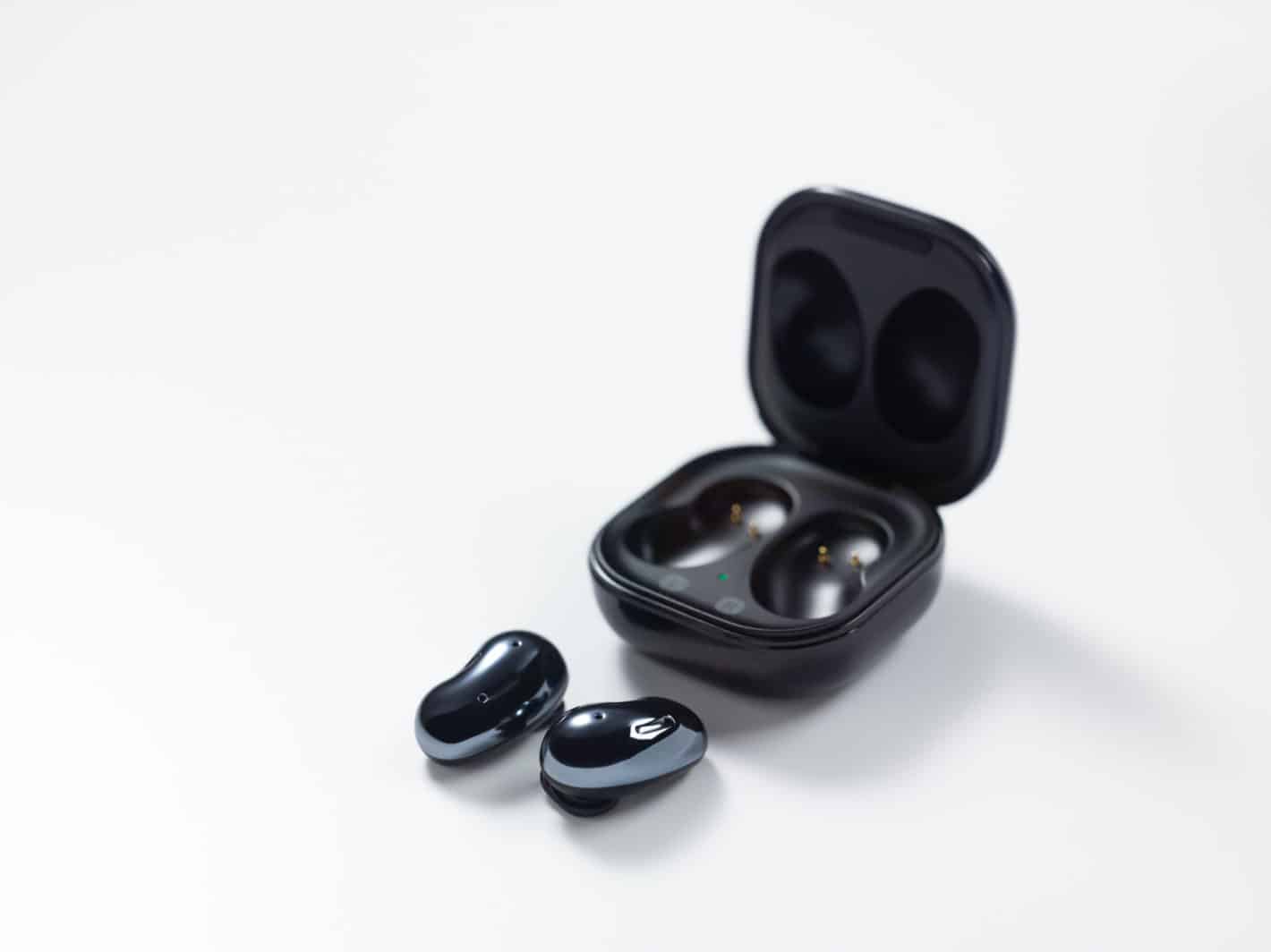 Samsung has officially announced its brand-new earbuds, the Galaxy Buds Live, at Unpacked 2020. These new true wireless earbuds succeed the Galaxy Buds Plus, and afford wearers a host of improvements.

Perhaps most notably, they come with a new design and shape meant to promote a more secure and comfortable fit. They're curiously shaped like beans, but don't call them Galaxy Beans. At least not in front of Samsung.

The new earbuds are packed full of features that you'll want to set aside your old pair of true wireless earbuds for. Namely the Active Noise Cancellation if yours don't already offer that.

But the Galaxy Buds Live also cater to gamers. So if you fall into that category you may want to consider ordering a pair.

The Samsung Galaxy Buds Live come with a gaming mode

Play games on your smartphone? Then you might want to consider Samsung's new true wireless earbuds.

They come with a gaming mode that will help reduce audio latency. Meaning your game audio will be more in sync with what's happening on screen. Up till now the most recognizable pair to offer such a feature were Razer's Hammerhead True Wireless earbuds.

Which we found to be the perfect pairing for games. They come with a few drawbacks though. Like battery life, the lack of ACN, and the fit.

This is where Samsung's Galaxy Buds Live will potentially pull ahead for mobile gamers. Because they'll offer the gaming mode on top of the ACN and much longer battery life.

In addition to the gaming mode, the earbuds will also come with three microphones and a built-in accelerometer, an IPX2 water resistant coating, and 12mm speakers from AKG. There's even an included air vent to keep your ears cool. Say goodbye to inner ear sweat.

Get an hour's worth of listening time in just 5 minutes

Battery life remains one of the sticking points of true wireless earbuds. Partially because it's not that great with many of the options out there.

Samsung's Galaxy Buds Live offer some decent battery life though. And they charge quickly. You can get an hour's worth of listening time in just 5 minutes. They'll also hold a charge for 8 hours of listening time. Plus you get an additional 21 hours from the charging case.

All-in-all that's pretty good compared to the competition. They're not the longest-lasting true wireless earbuds out there, but they probably last long enough to get you through an entire day.

The three included microphones are another feature to take note of. One of the microphones helps to pick up just your voice. So whether you're using them for voice calls or in-game chat, it should be easier for people on the other end to hear nothing but you.

Samsung used beamforming technology to make this work, grabbing onto just your voice while tuning out background noises. The earbuds are available this week, and come in Mystic Bronze, Mystic Black, and Mystic White.