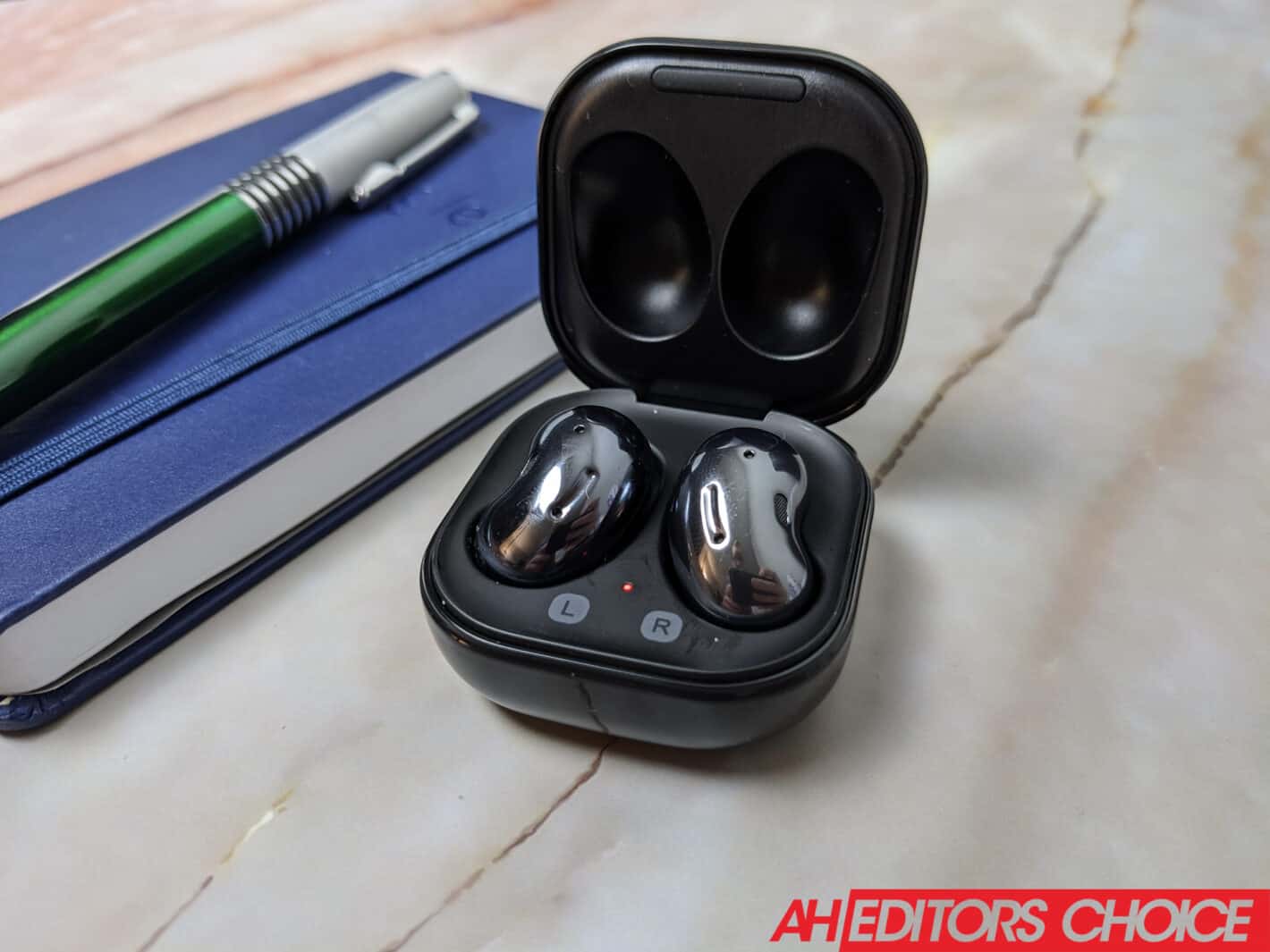 The Galaxy Buds Live are the best all-around pair of truly wireless headphones on the market.

Samsung provided a pair of the Mystic Black Galaxy Buds Live for us to review. We’ve been using them with the Galaxy Note 20 Ultra and the Pixel 4a for the past two weeks.

We all know that these should be the “Galaxy Beans” especially the Mystic Black and Mystic Bronze colored ones. As they look exactly like beans. But that’s not why we are here.

The Galaxy Buds Live are Samsung’s latest pair of truly wireless earbuds, and their second pair this year. These are the company’s more expensive, and more feature-rich earbuds. Complete with better battery life, active noise cancellation and much more. But the question is, whether it is worth the $169 price tag.

A lot of the time, when it comes to truly wireless earbuds, you either get an earbud-like design, like with the Galaxy Buds. Or you get something that is cloning the AirPods. With the stem coming out.

But with the Samsung Galaxy Buds Live, the company went another route. And used a shape that actually fits in your ears. They do look a little odd at first, but you get used to them pretty quickly. Especially since you can’t really see them in your ears.

This new design has a bunch of advantages. One, the earbuds are bigger, without being uncomfortable or hanging out of your ears. That’s great as there is more room for battery as well as for the driver that is going to drive the audio to your ears.

Additionally, it means that they fit more comfortably in the ear, and users don’t have to worry about them falling out. Whether you’re running, working out or doing anything else, you won’t need to worry about the Buds Live popping out of your ears.

However, they won’t be comfortable for everyone. They are just a bit too big for my ears, and thus, they do get uncomfortable after a few hours. But, I will say that they were not as uncomfortable as the Pixel Buds were at first. And your ears do kinda get used to them.

The case on the Galaxy Buds Live is larger than their predecessors. But I wouldn’t say that it is huge. The case gets you 21 additional hours of streaming. Which isn’t bad but not the best. Samsung likely only went to 21 so that it could keep the case somewhat small.

It still fits in your pocket, but not quite as well as the Galaxy Buds and Buds+ did.

These are technically open-backed headphones. Which makes active noise cancellation almost impossible, just by the nature of how those things work.

Turning on and off noise cancellation in the Galaxy Wearable app, made almost no difference. This is because the Galaxy Buds Live let in a pretty significant amount of background noise, all the time. And that’s because they are open-backed headphones. The open-backed portion is good though, as it allows airflow in, making them more comfortable in your ears. But they aren’t good for noise cancellation.

It does do a little bit of noise cancellation if you are out on the subway, or walking down a busy street. It gets rid of some of that low-level sound. But as far as all of that background sound? Nope. It’s not happening.

The audio quality on these headphones are really good though. I was pleasantly surprised with how good they sounded. Particularly after the most recent update.

The bass on these is pretty deep, but not so deep that it drowns out the mids and highs. Making it sound really crisp. With the “Bass Boost” mode, you can really hear everything happening in your music. The “Dynamic” option on the EQ is also really good, and does well at adapting from music to podcasts and so forth.

One area where the Galaxy Buds Live is pretty incredible, is with the microphones and its active noise cancellation. You can use the Galaxy Buds Live as a microphone when recording with the Galaxy Note 20 Ultra. That’s a really cool trick for those that are content creators. And even though the active noise cancellation isn’t perfect, you can get rid of most of the wind, and traffic noises when using the microphone. Making it sound much better when you’re at a trade show like CES or MWC. When we are allowed to go back.

Should I Buy the Samsung Galaxy Buds Live?

The Galaxy Buds Live are priced at $169. And That’s not cheap. But it is cheaper than the Pixel Buds, by about $10. And cheaper than the AirPods Pro by $80. Which makes them really compelling.

If you’re looking for truly wireless earbuds with some very crisp sound, and also some that will feel comfortable in your ears, then yes, buy them. But if you want them for the active noise cancellation, don’t. It’s not worth it for that feature alone.

Though there are some other options, even from Samsung, like the Galaxy Buds and Buds+ which are normally cheaper. But also go on sale quite often.