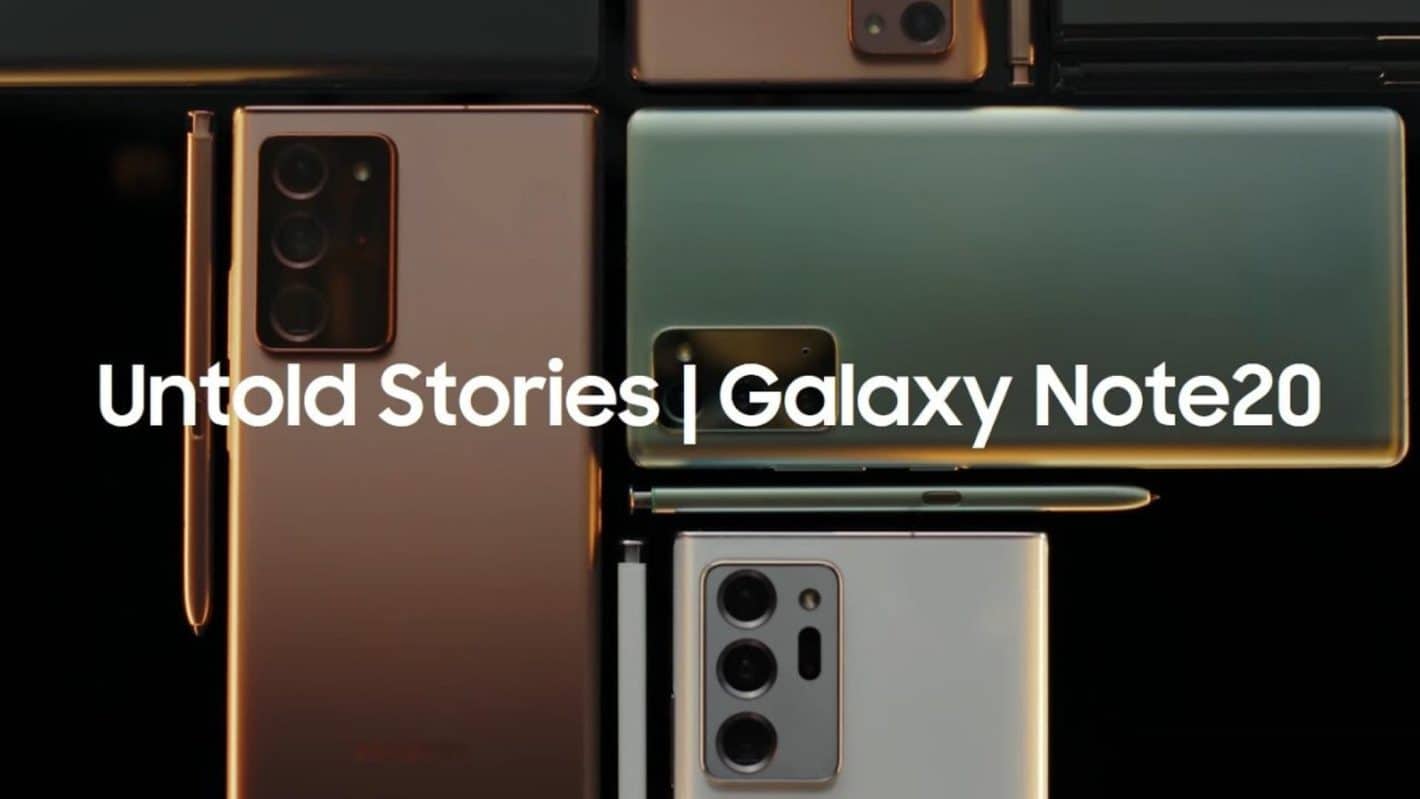 Samsung is running a whole suite of ads in conjunction with its newly launched Galaxy Note 20 5G ecosystem. Just in case anybody still needed convincing. Noted and compiled by PhoneArena, Samsung is hitting on all of its key selling points and differentiators with the ads — embedded below. That's of course, leading off from its massive Galaxy Unpacked 2020 keynote announcing all of the new products.

That's still a central focus, of course. Its very first ad spot acing as an official 'introduction' to the new smartphone. That includes a discussion on its 8K video capturing features, customizable zoom speed, file sharing via UWB, and more. The company also talks up the bigger battery and some other major features focusing on performance, multitasking, and productivity.

But the videos also cover the gamut of other Samsung products announced at the event.

What's in Samsung's ads for the Note 20 ecosystem?

As noted above, the adverts talk up key features for the new Samsung Galaxy Note 20 ecosystem. That includes its renewed and revamped partnership with Microsoft on software-side interconnectivity and entertainment solutions. The health benefits of combining its phone with the Samsung Galaxy Watch 3 are also touted. As is the S Pen, the new Galaxy Buds Live earbuds, and a deep list of features.

The one product that doesn't seem to be getting much love, at least not yet, is the Samsung Galaxy Tab S7 or Tab S7+.

Announced alongside the new Note ecosystem, that's not all that surprising though. Sales for tablet devices priced at $350, and more, have grown by 230-percent in 2020. So that market is secure, for the time being. Especially as more users look to work from home and summarily for new ways to stay productive. That, as shown in the videos Samsung has released, is a key focal point for the new Galaxy Note 20 5G devices. So it makes sense for Samsung's efforts to be focused there.

Why the massive campaign?

Now, it's also not entirely surprising that Samsung would want to support its newly announced Galaxy Note 20 and other devices via ads. Especially in the lead-up to putting the new gadgets in users' hands. But it also makes sense in another context.

Sales for Samsung, while not at all doom-and-gloom, also haven't been stellar. Amid the ongoing pandemic and stiff competition from the likes of both Apple and other Android OEMs, sales of its Samsung Galaxy S20 series did not meet expectations by some reports. That follows on less than brilliant sales for the prior Note too, the Samsung Galaxy Note 10 series.

The slump isn't unusual, given all of the factors involved. But it could partially explain why Samsung is putting so much effort into its video campaign, at the least.