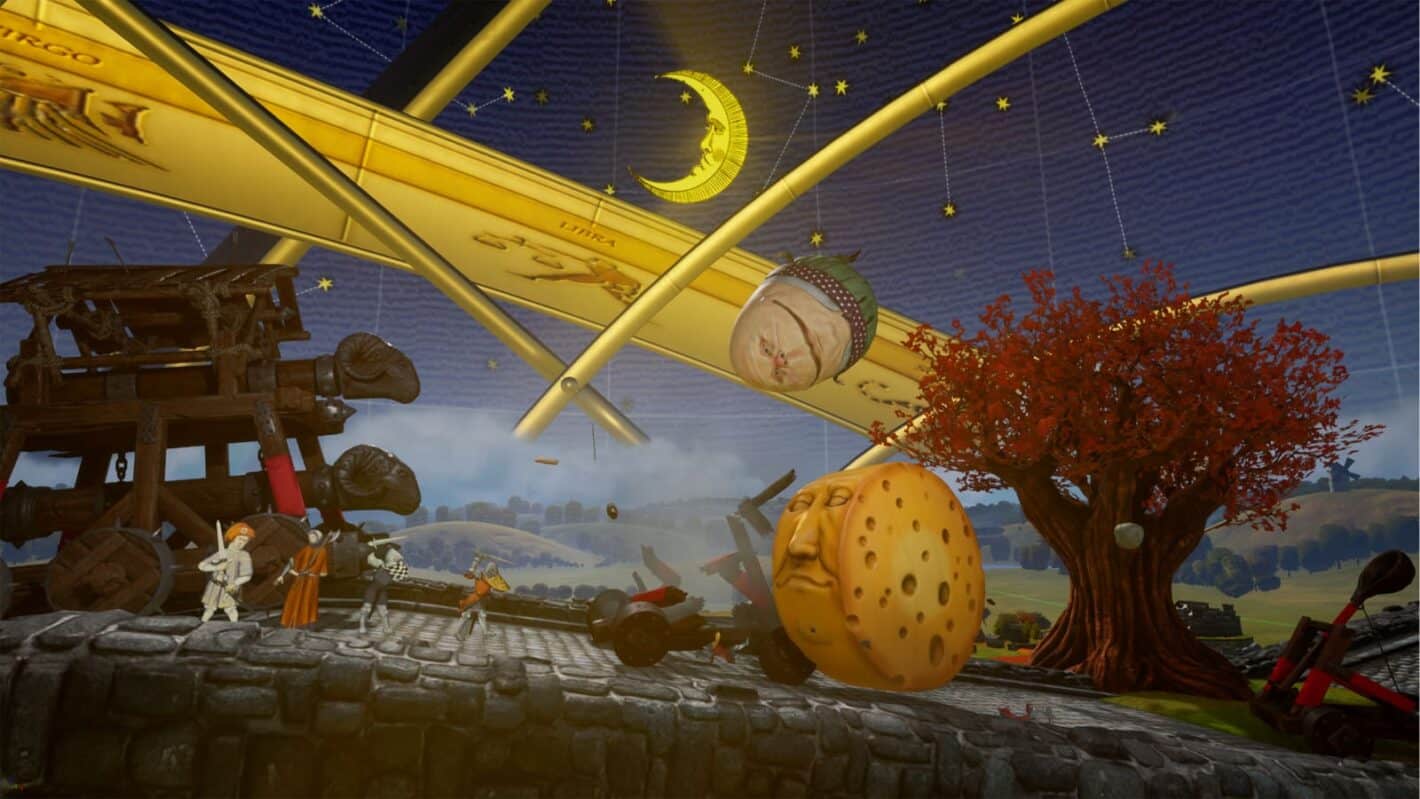 Rock of Ages 3: Make & Break is here on Stadia today, allowing for some pretty gnarly family fun. A smashing good time if you will.

That statement is as literal as it gets, too. Because in Rock of Ages 3 you play as a giant boulder and part of your goal is to smash stuff. Rolling over anything and everything in sight.

Gameplay is rather lighthearted, so it's a perfect setup for families. As well as just anyone who's just looking for something that isn't filled to the brim with deep, complex stories and heated battles.

If you're looking to snag this game for your collection, it won't cost you much. As it retails for $30 making it a pretty inexpensive game when you consider all the content that's included.

If however you're a Stadia Pro member, then you won't have to pay anything for the game as it's one of the free games for Pro this month. In which case, just claim it and you can keep playing as much as you want so long as your Pro subscription is active.

When it comes to content, smashing everything in your path is but one of multiple game modes. Alongside that, there's also the ability to create and edit your levels and worlds. Which you can then later share with other players.

For more of a multiplayer experience, there's a tower defense mode that supports up to four players. And like any tower defense game, your goal is to be the last person who's tower is still standing while you utterly destroy everyone else's.

Over 20 different types of boulders, including a wheel of cheese

Not satisfied with being a boring old boulder with a face? Then pick something else because this game offers over 20 different boulder types for smashing.

There's even a wheel of cheese, a giant iron ball, and what appears to be humpty dumpty. Rock of Ages 3 is a wonderfully weird game title that doesn't take itself too seriously and sometimes that might be just what you need to play.

It's set up perfectly to be a game that is easy to unwind to for some no stress fun whether it's by yourself or with friends and family.

If you've got a Pro subscription, don't miss out on the chance to grab the game for free. Also worth mentioning is that there is no hard date for when it will no longer be available to claim, forcing you to buy it.