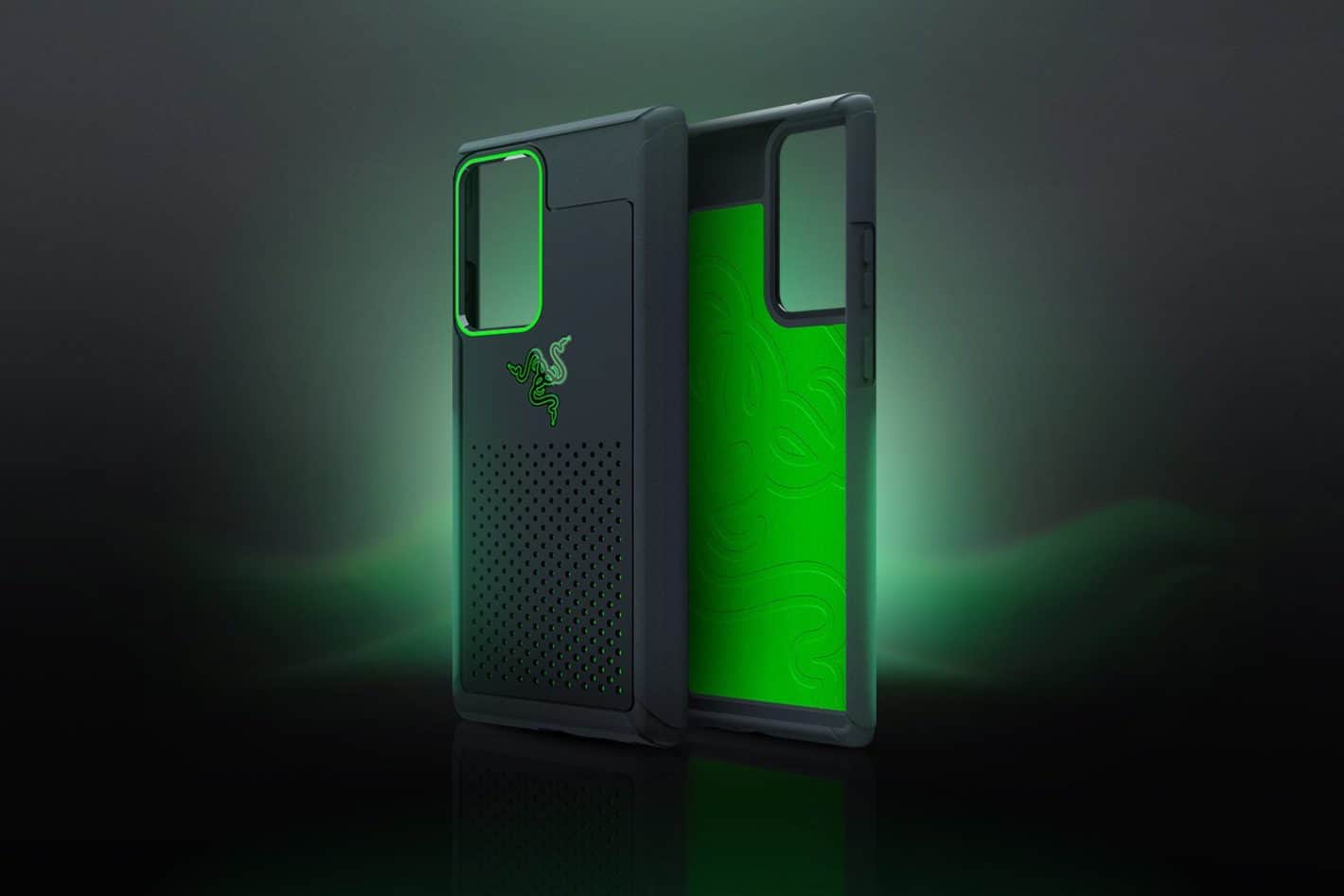 Amidst Samsung's Galaxy Note 20 announcement today during Unpacked, Razer is one of the brands that has announced a case for the device series, and it's the perfect case for gamers.

It's called the Artech Pro. It's part of a line of cases that Razer has been offering for a few other phones for a little while now.

Those other devices include the Apple iPhone 11 series, the Apple iPhone X, and the Razer Phone 2. Like those versions of the case, the Galaxy Note 20 Artech Pro is designed to help keep the phone cool while gaming.

That's good news for owners of the Galaxy Note 20 Ultra, which comes powered by the Snapdragon 865 Plus mobile platform, because it's bound to get a little warmer with those gaming specific features that Qualcomm baked into it.

As a gaming brand, Razer's case is naturally designed to help with one main overarching goal. And that's to keep your game performance up.

The case does this by keeping your phone's temperature down. By way of making sure the CPU and GPU don't overheat. Inside of the Artech Pro for the Galaxy Note 20, there's a thermally conductive layer that helps to redirect heat away from the phone and push it out the air vents on the back of the case.

Razer says this is more effective at preventing overheating than other cases. So if game performance matters to you and you're getting the Galaxy Note 20, you might want this case.

Worry less about drops and bacteria

In addition to Razer's Thermaphene Cooling Technology, the case was also drop-tested.

So you can worry less about what happens to your phone if you do drop it. In most cases, the answer to that question should be nothing if the case is doing its job. Which is to protect the phone from damage so long as it's dropped from a reasonable height.

To add to the protection the case also has reinforced side panels. Razer applied an anti-bacterial coating to the outside too. Because let's face it our hands are dirty a lot and this should help prevent bacteria from building up on the surface of the case.

It's available right now from Razer's website, though it should also be available soon from retail partners like Amazon.