Skip to content
Advertisement
Trusted By Millions
Independent, Expert Android News You Can Trust, Since 2010
Publishing More Android Than Anyone Else
41
Today
136
This Week
473
This Month
4371
This Year
121955
All Time
Advertisement OPPO had previously patented several foldable and rollable smartphone designs. According to the latest patent spotted by Letsgodigital, the company seems to have finally found a more practical design for its foldable smartphone. The new OPPO foldable device looks more like a flip phone with an out-folding design.

The company filed the patent with the World Intellectual Property Office (WIPO) in January this year and was approved on July 30. There is no need for an additional display and camera sensors with the out-folding design.

As seen on the Moto Razr, the thick chin will be holding all the key internals including the charging port and loudspeaker. OPPO also included the angle detection module to seamlessly change the user interface to better suit the device position. It is using a magnet and a Hall sensor to detect the angle accurately.

It could be coming with a 7-inch screen size

While there is no mention of the device’s dimensions, it might sport a 7-inch screen when unfolded. Like Huawei, OPPO might also have to settle for the CPI (Colorless Polyimide) instead of Samsung’s UTG (Ultra-Thin Glass) to protect its foldable display. Even Corning is also developing a foldable Gorilla Glass which will likely debut in 2021.

While it will be interesting to see yet another foldable flip phone in the market, not all the patented design will be turned into production models. There are already a couple of clamshell foldable smartphones — Samsung Galaxy Z Flip and Moto Razr.

As per the patent filings, a few more manufacturers, including Huawei, LG, and Xiaomi, are also working similar foldable devices. With this design, the companies are more focused on making the device compact than providing a tablet experience with a smartphone.

Back in February 2019, OPPO also showcased its prototype folding smartphone with the same out-folding design. It looked very much similar to the Mate X and Mate Xs foldable smartphones from Huawei. To date, the company hasn’t launched any foldable devices in the market.

However, it has even patented a foldable device with a pop-up camera. For the foldable smartphones to go mainstream, the companies have to make the foldable display more durable. 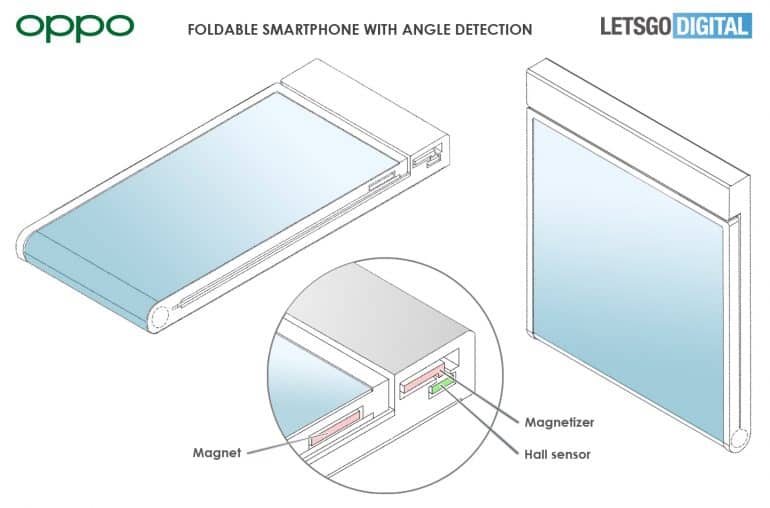