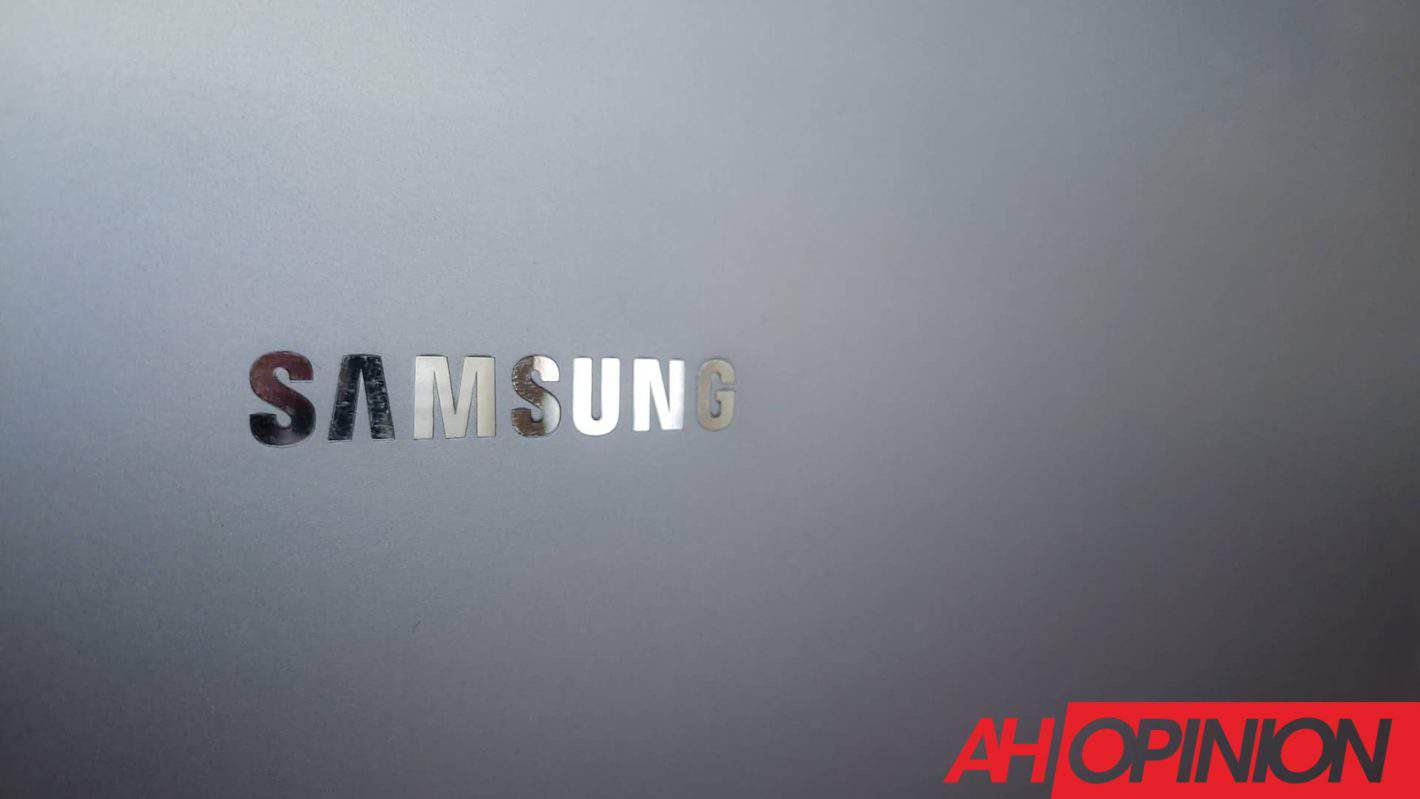 Samsung should not abandon Exynos chips in favor of Snapdragon in its flagship smartphones or any other smartphones.

With yet another flagship launch under Samsung's belt sowing disappointment around some regions of the globe, that's arguably one of the hottest takes to be had about the company. But it's not at all an unreasonable take either.

The relationship between Samsung and Qualcomm stretches across a wide swath of areas. Both make chipsets. But Samsung relies on Snapdragon for some of its offerings. And, in at least a few cases, Samsung has played a central role in bringing Snapdragon chips to fruition as a direct competitor to Exynos.

The situation is, put tersely, exceedingly complex. There also isn't necessarily any singular solution that will stop that from being the case.

Yes, Samsung-built Exynos chips do result in an uneven experience for users of its phones. But Samsung should not abandon its Exynos chips in favor of Snapdragon. Let's take a deeper look over at least a couple of reasons why that's the case.

Why is this a problem at all?

As many readers will already know, Samsung has been using a combination of chips in its Galaxy S and Galaxy Note devices for quite some time. Those are split based on the sales region, with the US, China, and select other regions receiving a very different device. In those areas, unlike the rest of the world, Samsung utilizes Qualcomm-built Snapdragon chips. Usually, those are the latest available chips at the time of launch.

Everybody else gets Samsung-built Exynos chips in Samsung flagships.

That wouldn't normally present a problem as it makes sense for the company to utilize its own hardware for a lot of reasons. But Samsung's chips have sometimes underperformed compared to the competition. And nowhere is that more clearly on display than with the new Samsung Galaxy Note 20 5G series.

That's because the Snapdragon chipset in question is the newly-revamped 865+ SoC. The Exynos 990, used elsewhere, is less powerful almost across the board. Although it does perform better in some areas. Even with Samsung's optimizations in place, that's unlikely to change. The same disparity existed for the Samsung Galaxy S20 series, launched earlier this year.

In that case, the disparity also resulted in overheating and poor battery life. And that's also without mention of outright bad autofocus performance as well as rather strange compatibility bugs. Some games, for instance, just didn't perform at the same level on European Samsung flagships as on the US variant.

And, as a result, some buyers are paying a bit extra for what is arguably a lesser experience.

None of that, however, is to say that Samsung's chips are bad. They simply aren't by any measure. And it makes sense for several reasons for Samsung to continue using both chips. Not least of all, it's an in-house chip. That undoubtedly makes them a less pricey component for the company, especially in the over-performing mid-range.

Samsung is and will likely remain a major player in the mobile chip game as well as the memory market. Also, as already pointed out, Exynos chips aren't overall a terrible bit of hardware.

Perhaps as importantly, Samsung Exynos chips generally do not always underperform compared to Snapdragon outside of the flagship range. Instead, they offer up a viable alternative for Samsung to turn too. Regardless of the issues noted above, the chips stay well ahead of the mid-range chips. And they also help some of Samsung's less costly devices attain performance that's very close to the flagship level.

Samsung wouldn't move quite so many smartphones if the Exynos chips were truly bad, despite that its Snapdragon variants are more popular. They still perform very much at the flagship level, a long throw away from Qualcomm's second-most-powerful chips. But more than that, they don't always underperform and don't always ship with compatibility or other issues.

In at least a few cases, Exynos has also outperformed its Qualcomm-built counterpart.

Back with the Samsung Galaxy S10 series, peak single-core performance from the Exynos 9820 blew that from the Snapdragon 855 out of the water. And it didn't lag too far behind Qualcomm's chipsets when it came to multi-core performance either. Even with the newest chips, Samsung's chips do perform better on that front.

And all of this is leaving aside that Qualcomm has had its own fair share of chipset issues too.

Generally speaking, in any free market, competition is not a bad thing. But, for Samsung and other mobile OEMs in the Android space, this isn't about straightforward competitions. The continued existence of Exynos across the full run of Samsung devices might actually warrant the use of the word 'necessary'.

When it comes to other market competitors, only MediaTek came close, at one point, to occupying nearly as many smartphones as Qualcomm and Samsung. The only other competition in the space, right now, would be Apple and Huawei's HiSilicon. And MediaTek is a company that's been primarily relegated to budget-friendly handsets and other electronics.

In terms of market share, Samsung is the world's leading smartphone manufacturer. So using its own chips does allow it to get those into a lot of users' hands. But the company doesn't come close, in terms of market revenue share, to Qualcomm, HiSilicon, Apple, or others. At least not according to first-quarter 2020 details pooled by Statista.

Huawei's HiSilicon, conversely, may not present any challenge for much longer, either. As has been widely reported, Huawei is facing existential challenges overall due to a barrage of unrelenting sanctions from the West. While other OEMs, such as China's OPPO, are beginning the long journey to releasing their own in-house chips, Samsung presently represents one of the few remaining competitors.

Without muddying the waters with a discussion about who actually builds which chips, Exynos is effectively necessary. Especially as a prominent potential competitor to Qualcomm. As long as Samsung keeps making its own in-house chips, it can at any point pull the rug out from under Qualcomm. Or at least for a sizeable chunk of the market, if Qualcomm gets out of hand.

Given Qualcomm's recurrent appearances in court over its business practices, that's a good thing. Especially where those continue to crop up for everything from its licensing of standards-essential patents to antitrust. Not only do those cases appear in the US, either. Qualcomm has faced scrutiny worldwide for its practices.

Here's what Samsung needs to do to fix its Exynos problem

Now, arguments in favor of Samsung using Snapdragon across the board aren't unwarranted, as noted above. But the solution should arguably be very different than the company simply caving in and using Snapdragon chips instead of Exynos in Samsung phones.

The first, and probably the most viable option, would be to improve its own chips. Flagships with Exynos are still very powerful phones. But if there's anything that's been learned over the past several years, it's that major OEM subsidiaries can compete at exactly the same level as Snapdragon without issues. In some cases, they can outperform Qualcomm.

With proper acquisitions across a number of key areas, Samsung could feasibly compete more directly too.

Another aspect that's worthy of consideration is pricing. Right now, Qualcomm's chips — despite being the most widely used by a huge margin — are undeniably expensive.

Qualcomm's position in the overall smartphone ecosystem makes it difficult for Samsung to compete more directly. Especially in its own devices. But it may be able to compete by undercutting Qualcomm and ultimately making Exynos a more value-friendly offering.

Conversely, it would arguably be better for Samsung to simply make phones using its Exynos chips less expensive. A lower price could potentially lead to better sales, offsetting some or all of the losses created by that lower price point.

Finally, on the topic of losses, the company could also license out its chips to compete with Snapdragon outside of its own turf. That would serve to address both of the above-mentioned problems. On pricing, more chips created means a lower cost of production. On performance improvements, licensing would provide valuable feedback from outside sources, detailing exactly how the chips need to improve.

Even with initial losses, Samsung would probably improve its situation immensely with time via any of those paths. And that could result in a more healthy overall ecosystem. One that doesn't put Qualcomm in a position of greater influence or reduce competition to a greater extent.

In fact, reality may be quite the opposite of moving to Snapdragon alone. Samsung and the industry itself might benefit the most — from a purely competitive standpoint, if nowhere else — if it dropped Snapdragon entirely.