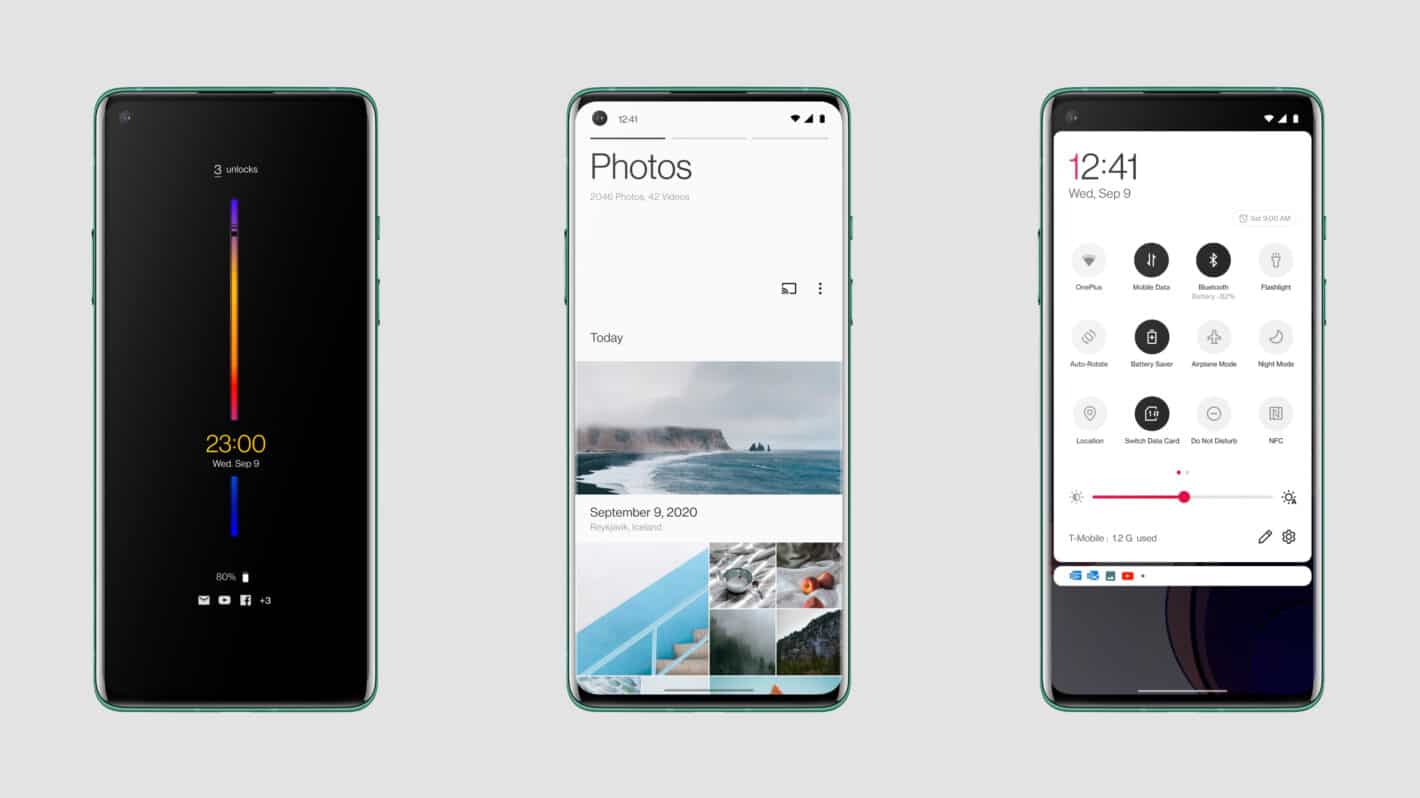 As many of you know by now, OnePlus redesigned OxygenOS UI in version 11 quite a bit. The company released OxygenOS 11 beta variant for the OnePlus 8 and 8 Pro quite recently.

The company got inspired by Samsung’s One UI for these changes, it seems. OnePlus’ stock apps are now one-hand friendly, and the same goes for the Settings menu, and other parts of OxygenOS.

That being said, the company did take some other design inspirations from Samsung, but it blended those with stock UI, basically. What we got, as a result, is a rather interesting-looking UI, that’s for sure.

If you didn’t get a chance to install this beta build on your OnePlus 8 series handset, don’t fret, and you can now check out the changes via a series of images.

OnePlus shared 10 screenshots that show off “the most visible changes” in OxygenOS 11. These changes will show you the new Dialer, Settings screen, Always-On display, and everything in-between.

If you’d like to check out those changes, hit up the gallery below this paragraph. As you can see, OxygenOS 11 is still quite flat, but it does look considerably different now.

This is the most major visual design change that OnePlus made… ever. Up until this point, OnePlus stuck with Google’s stock design for the most part, and simply added features on top of it.

Well, now, OnePlus is trying to create its own identity, it seems. It wants to blend Samsung’s One UI and Google’s stock Android into one UI, and this is what came out of it.

As you can see, these apps now have quite a bit of unutilized space in the top portion of the display. That is because OnePlus wanted to make them one-hand friendly, similar to Samsung.

That may not be a bad idea considering that OnePlus’ current phones are quite large. Everything on the display seems to be a bit larger now as well, and more spaced out.

The company’s stock got completely redesigned

The Gallery, for example, got a major redesign. Those thumbnails are now huge, and you can navigate between different sub-menus in the gallery by swiping left and right.

This design change may not be for everyone, but it’s hard to deny it looks simple and clean. We’re still not sure when will OxygenOS 11 reach a stable level, but we’re hoping it will happen next month. OxygenOS 10 arrived in a stable version in September last year, so the same will probably happen with OxygenOS 11 this year. The OnePlus 8 and 8 Pro will be the first in line to get it.