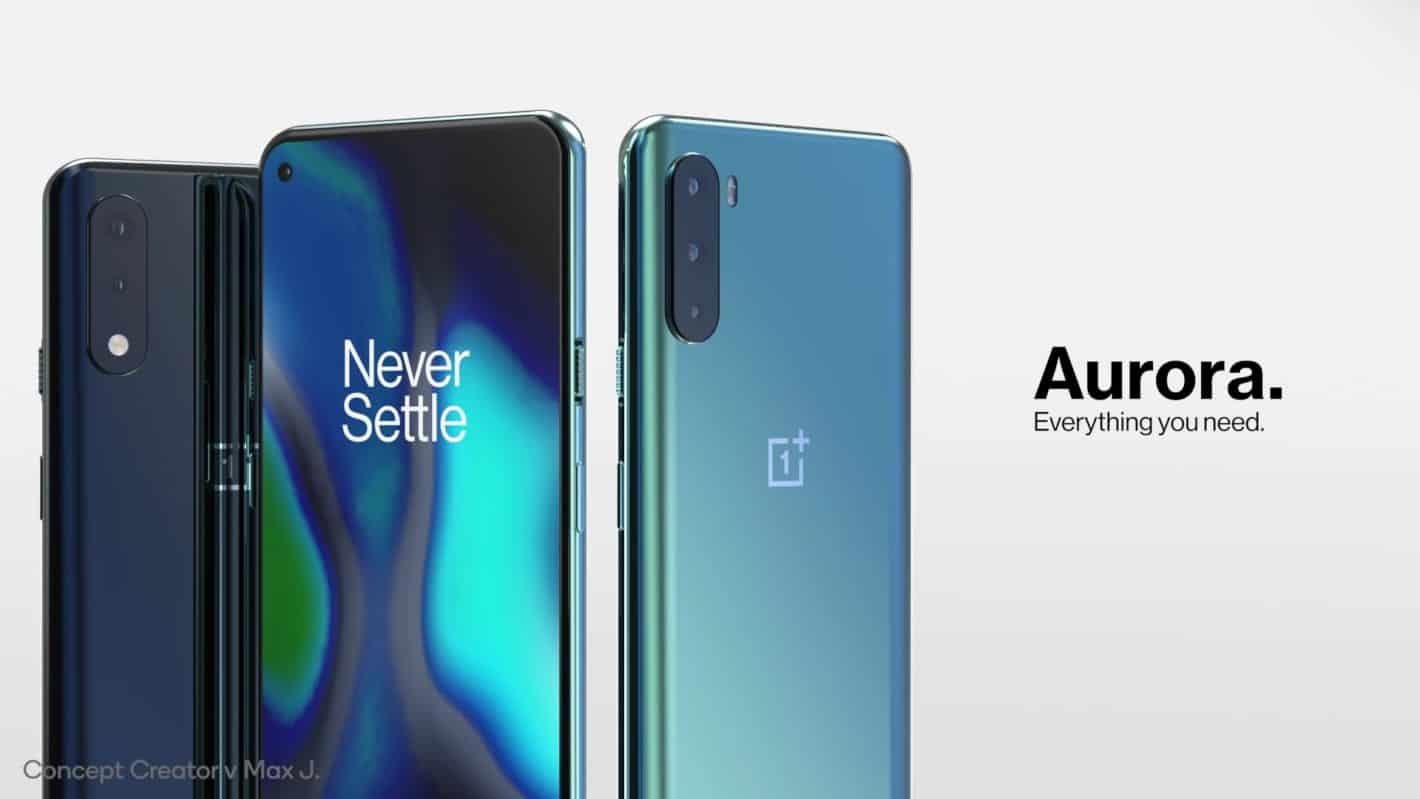 The OnePlus Aurora devices have been detailed in a new concept design video by the Concept Creator and Max J. Do note that this is not a leak of any kind, the designer took the liberty to envision the company’s rumored phones.

Now, this may sound a bit odd considering that this is probably the first time you’re hearing of ‘OnePlus Aurora’. Well, these two phones are inspired by the Billie 1 and Billie 2 devices. Those are codenames for the two leaked OnePlus handsets.

The Billie 1 and Billie 2 are allegedly upcoming devices in the ‘Nord’ lineup, or a brand new lineup. The designer thinks that these two phones will share a lot of OnePlus Nord features, but at an even cheaper price tag.

In any case, the source envisioned the design of the OnePlus Aurora devices, though that’s probably not the name OnePlus will use. These two devices look really similar one to the other. The difference is in their camera setups and size, it seems.

These two phones seem to be made out of metal and glass, while they sport curved back sides. They seem to include flat displays, and they do remind us of the OnePlus Nord.

Unlike the OnePlus Nord, however, these two include a single display camera hole in the top-left corner. That is more in line with what the OnePlus 8 and 8 Pro have to offer.

The smaller OnePlus Aurora handset includes two cameras on the back, while the larger has three. The physical buttons are in their usual placed, the same goes for the alert slider.

Both devices will probably make their way to the US

The Billie 1 and Billie 2 handsets are allegedly coming to the US at some point. The company’s co-founder, Carl Pei, confirmed that OnePlus is working on a new device for the US. It turns out OnePlus may be developing two.

The OnePlus Nord is not available in the US, for some reason. So, it seems like OnePlus is working on something else for the US market.

Those two smartphones won’t look identical to what the designer shared here, but it’s possible we’ll get a similar design. The designer did envision really sleek-looking phones in its OnePlus Aurora concept.

We’re not sure when will the Billie 1 and / or Billie 2 smartphone arrive, though. It’s anyone’s guess at this point, but they could launch before the end of this year, and even before the OnePlus 8T series.

Those two phones may ship with the Snapdragon 690 SoC, by the way, which is inferior to the Snapdragon 765. Hence the rumor they’ll cost less than the Nord.