Motorola has scheduled the launch event of its next foldable smartphone for September 9. While the company hasn’t revealed anything about this new device, the teaser says it is “getting ready to flip the smartphone experience once again.” The press renders and key specs of the upcoming Motorola Razr 5G are now leaked online, thanks to the leakster Ishan Agarwal.

There are several leaks in the last couple of months about the successor to the Motorola Razr foldable smartphone. Apart from the improved design, the new Razr 5G also comes with the upgraded hardware in pretty much every department.

Motorola Razr 5G packs improved specs across the board

More importantly, Motorola’s new foldable flip phone will be using the Qualcomm Snapdragon 765G 5G Mobile Platform. Along with the Snapdragon X52 5G modem, the SoC also comes packed with the Kryo 475 CPU and the Adreno 620 GPU. If you didn’t know, the 2019 Motorola Razr came with the two-year-old mid-range Snapdragon 710 Mobile Platform.

With the Motorola Razr 5G, the company is also bumping up the battery capacity from 2,510mAh to 2,800mAh. Based on the leaks, the company might opt for the same flex view foldable display and quick view secondary display.

The 6.2-inch main display on the current model features a CinemaVision OLED foldable display with a 21:9 aspect ratio. Motorola will also replace with the 16MP sensor on the rear with a 48MP sensor. For selfie, there will be a 20MP sensor on the front instead of a mere 5MP sensor.

It comes with a bigger battery and weighs 15 grams less

It measures 168.5 x 72.5 x 8 mm and weighs 190 grams. Compared to 2019’s Motorola Razr, the upcoming 5G variant is slightly longer and thicker but weighs 15 grams lighter. From the date mentioned on the device, the company might have originally planned to unveil the all-new Motorola Razr 5G in early April.

While the volume rocker stays on the right edge, the power button is now moved to the left edge. The device will be running on Android 10 out of the box and the company might announce new features for the quick view display. The complete details including the pricing and availability of the new Motorola Razr 5G will be officially revealed on September 9. 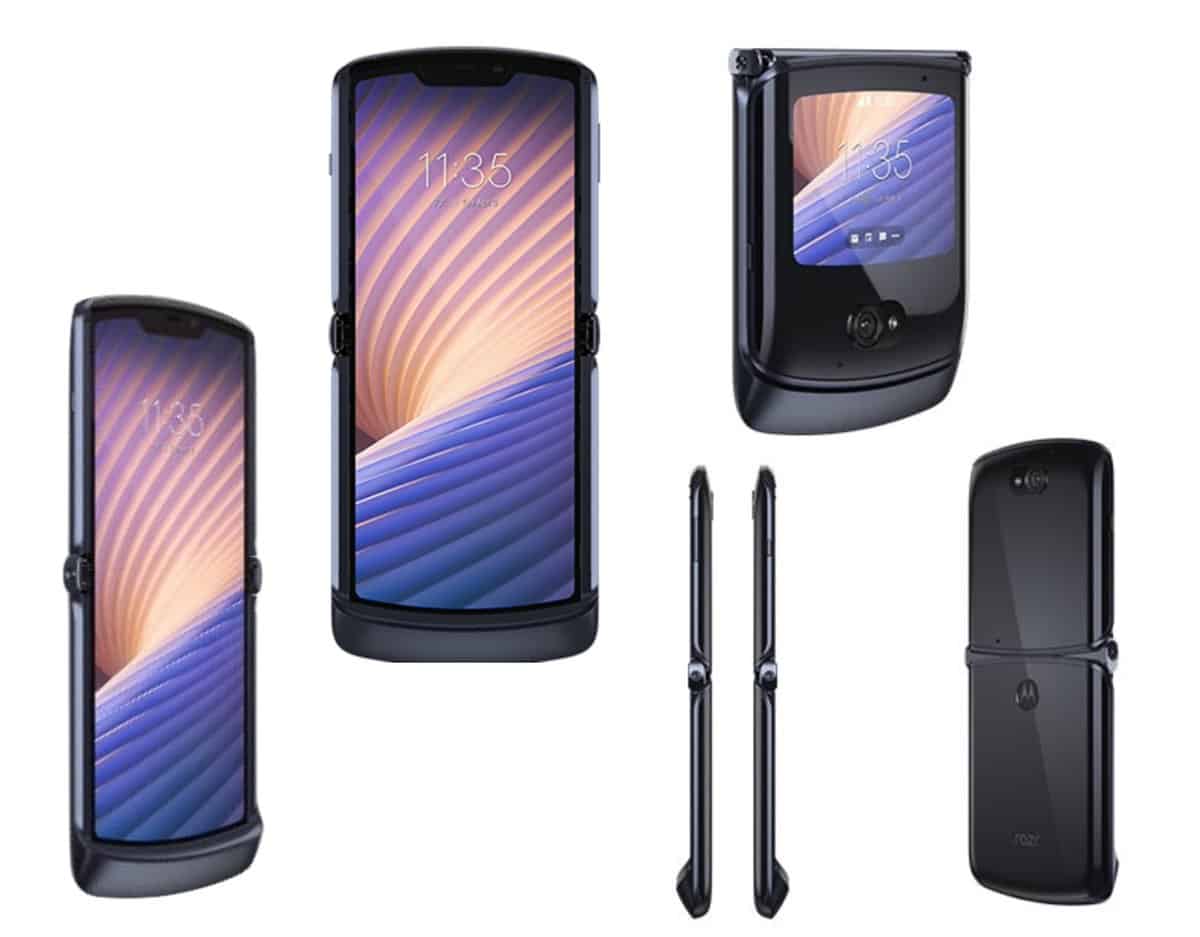