Somewhat unsurprisingly, mobile carriers are unwilling conduct better testing of their coverage. Better testing is something the FCC has pushed for over the last few years. However, as reported by Android Police, carriers still have little interest in coming on board with.

This saga all began when the FCC determined carriers were over-exaggerating their coverage. Carriers responded to these claims by suggesting that it was a regulatory issue. They claimed that the FCC used inaccurate maps and they had simply followed instructions which led to this over-exaggeration.

For those that live in rural areas, this hardly comes as a shock. Many thought moves like the merger between T-Mobile and Sprint would solve limited coverage in remote regions. However, issues with coverage continue to persist.

The fact that the carriers now do no wish to test this coverage probably further suggests that their estimates are way off.

Carriers do not want to test coverage estimates

This marks a step up from simply blaming the regulators to actually not cooperating with them. AT&T and T-Mobile are two carriers who have lodged objections to the FCC’s mandate for better coverage testing.

The companies filed these on the 17th and 18th, of August. This was all in response to an FCC proposal that carriers must submit better evidence of coverage. This would include real world ‘drive testing’.

The objection is because these tests would likely expose the gaps in rural coverage. In turn, this would make mean carriers would have to be honest about their coverage or invest in improving it. 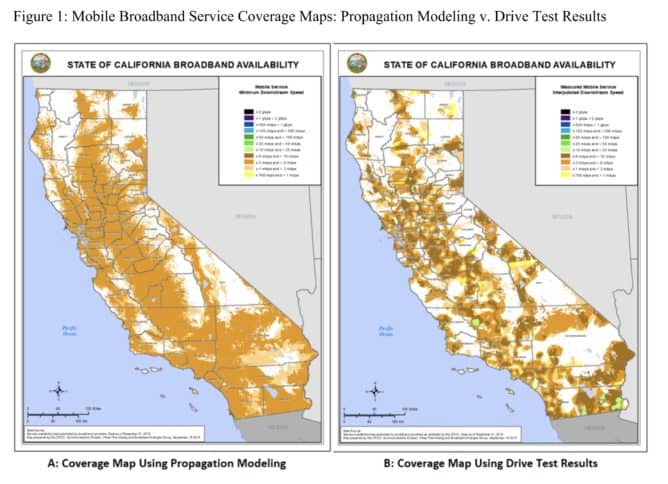 In its objection, AT&T pointed out a number of problems it has with the proposal. These include that “it is not possible for all carriers to use the same parameters and produce maps that accurately predict their individual network performance.”

This argument holds some weight. However, in practice the parameters involved would be as simple as things like ‘speed’. This is something that is fairly universally understood and easy to measure.

T-Mobile also weighed in with a statement. It included the point that this would “impose more burdens on providers and lead to further customer confusion without providing a commensurate benefit.”

This seems like quite a flimsy argument overall. It hints more at the fact that carriers would be unwilling to spend money on something that will inevitiably make them look bad.

There could be some legitimate concerns that carriers may have. The idea of a consistent testing methodology for things such as resolution and “challenge” (or result) types could be problematic. However, these details certainly can be worked out.

Currenlty, most coverage maps demonstrate signal that would occur under ideal conditions. Real world number rarely reflect this and in rural areas this results in gaps in coverage.

The question now is how strong is the FCC willing to be in this situation. In the past they have rolled over to the demands of the U.S. carriers. Now that a number have formally rejected the plans, something similar could well happen again.