Skip to content
Advertisement
Trusted By Millions
Independent, Expert Android News You Can Trust, Since 2010
Publishing More Android Than Anyone Else
33
Today
33
This Week
484
This Month
2422
This Year
112501
All Time
Advertisement After months of teasing, Microsoft is finally launching the Surface Duo. The dual-screen Android smartphone will be available starting at $1,399 on September 10, 2020, nearly a year after its initial announcement. Pre-orders for the device are now open at Microsoft’s e-store, Best Buy, and AT&T in the US.

If you haven’t been living under the rocks for the past one year or so, you know what Microsoft’s Surface Duo is all about. Despite the hefty price tag (the device is costlier than Samsung’s newly announced Galaxy Note 20 Ultra 5G), you’re getting a mid-range phone in terms of specs.

Under the hood of this device is a Qualcomm Snapdragon 855 chipset paired with 6GB of RAM and 128GB or 256GB of storage. Those specs may have been flagship-grade a year back, but not anymore. There’s no 5G support either. And there are a lot more compromises to come. 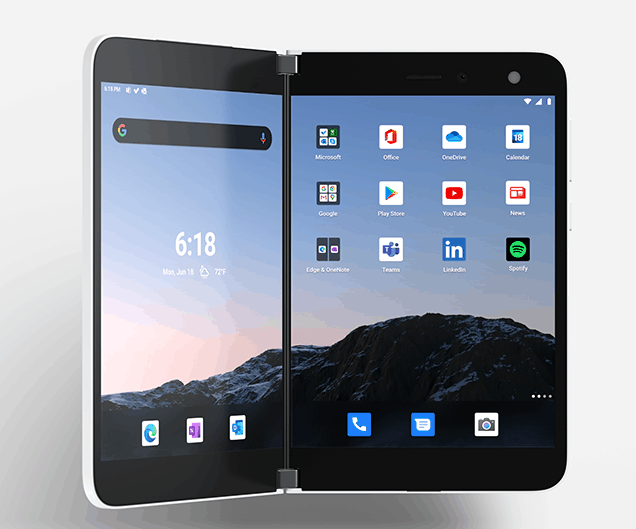 As big this device may look, there’s only one camera on it. Microsoft has fitted the unit with an 11-megapixel f/2.0 camera. It’ll function as both the rear camera as well as the selfie camera. You just need to flip the display that houses the camera module according to your need.

The software giant does promise features such as 4K and 1080p video recording at 30fps and 60fps, 7x zoom, electronic image stabilization, HDR multi-frame captures, and more. But that’s not quite enough to justify the price tag.

This phone packs two batteries with a total capacity of 3577mAh and 18W fast wired charging. Although Microsoft is promising “all-day battery life,” the fact that it’s powering two displays is a little cause for concern. Could it be another disappointing aspect of this much-hyped Microsoft phone, we’ll only know once it hits the market.

The Microsoft Surface Duo does not offer NFC either, which is disappointing. The same can be said about OIS (Optical Image Stabilization) for the camera.

At just 4.8mm thick in its unfolded form, the Microsoft Surface Duo is the thinnest mobile device on the market. When folded, the device measure 9.6mm in thickness. This device is 93.3mm wide and weighs in at 250g.

Why is Microsoft charging a whopping $1,399 for the Surface Duo?

Unlike the foldable phones from Samsung, Huawei, and Motorola, the Microsoft Surface Duo doesn’t have foldable displays. The phone comes with Gorilla Glass protection, so it should be as durable as other modern smartphones. That’s if the 360-degree hinge does enough to keep the debris out, though. We all know what happened to the world’s first foldable smartphone, the Samsung Galaxy Fold, last year.

Clear enough, it’s the extra display, the hinge connecting it, and the additional functionality the extra display brings that will cost you. That said, it’s still cheaper than the Motorola Razr and just $100 costlier than the Samsung Galaxy Z Flip. The latter two are smaller devices, of course.

Samsung has the second-generation Galaxy Fold coming up soon. The Galaxy Z Fold 2 will be available to pre-order from September 1st.

What else this foldable phone has on offer?

Although you can use the two display panels on the Surface Duo individually, they are essentially designed to work as multiple monitors on a Windows PC. While any existing Android app should work on Surface Duo as it is, developers can modify their apps to take advantage of the two displays. Microsoft has created APIs for dual-screen apps to work in the Android codebase. 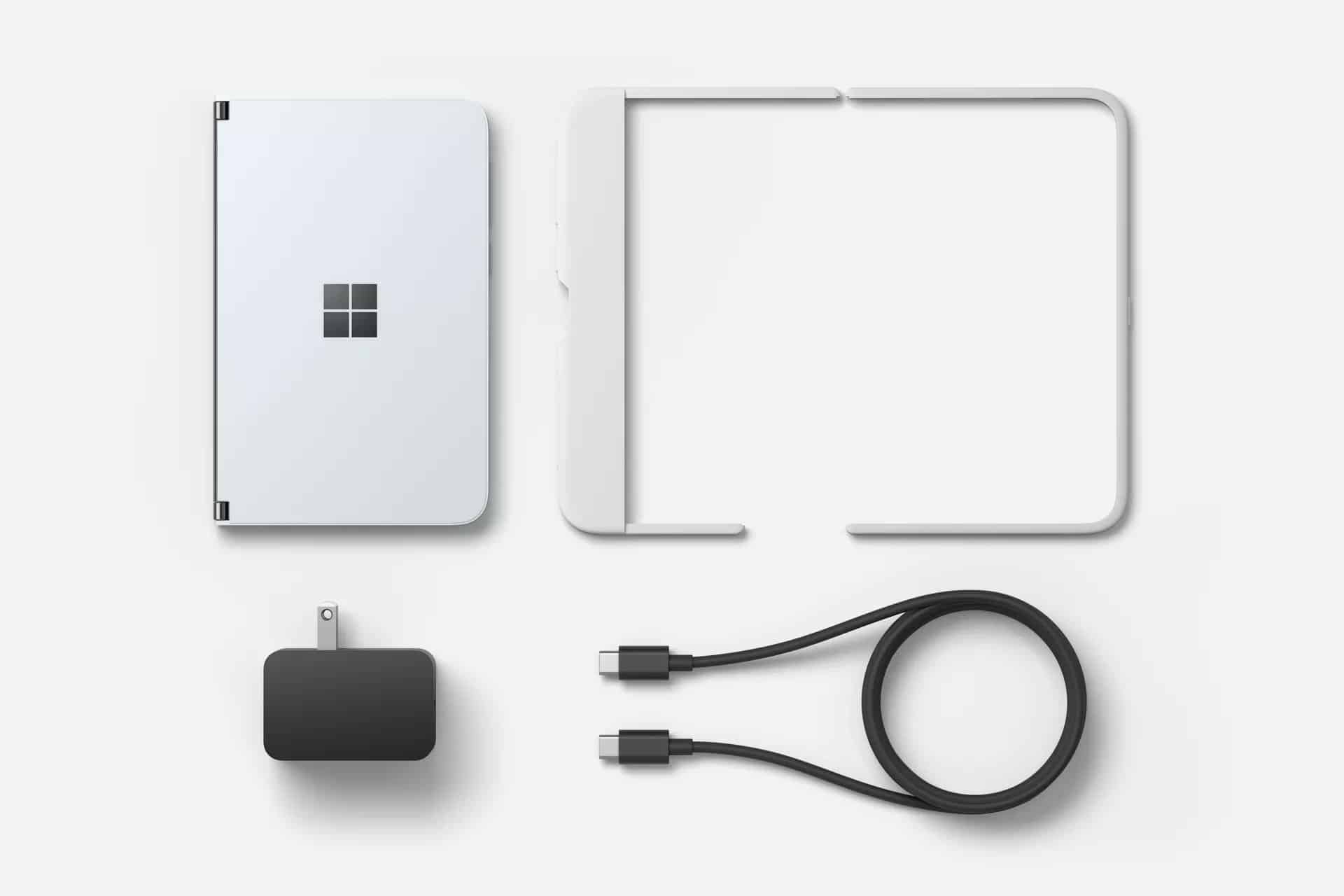 The company itself is tweaking its Office suite, OneDrive, and Microsoft Teams Android apps to span the displays. For example, if you click a link in an email, the webpage will open on the second display so you can continue to read the email while also going through the reference links on the second display. Likewise, messaging apps can utilize one of the screens to function as the keyboard when the device is unfolded during conversations.

With Windows Virtual Desktop, Microsoft promises a full Windows 10 experience in the cloud on Surface Duo. The company’s “enterprise-grade security from chip to cloud” will keep your data safe.

The Microsoft Surface Duo marks the company’s foray into Android. The company has worked closely with Google to develop Android for Surface Duo. It also recently hired three teams of a third-party firm called Movial to bolster its Android expertise.

The Surface Duo runs on Android 10 with Microsoft Launcher as the UI. Along with a bunch of Microsoft apps, that include Office, Outlook, Teams, OneDrive, Edge, OneNote, and more, the device also comes with Google’s suite of Android apps, including Google Drive, Chrome, Photos, Duo, and others. It’ll be interesting to see how this Microsoft-Google partnership shapes up in the future.