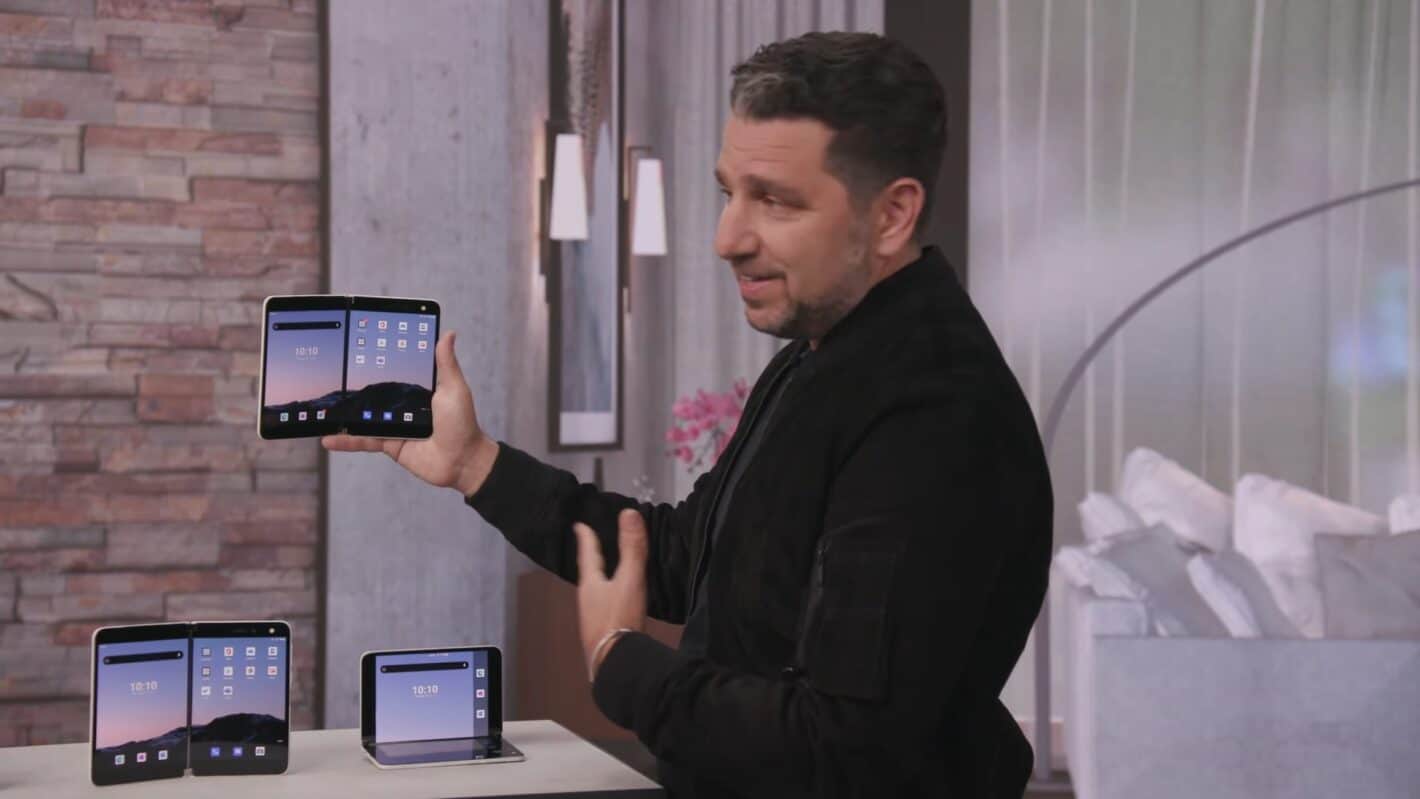 Microsoft has just released a new Surface Duo video, and it’s quite a long one. This video got released on YouTube, and it has a duration of around 35 minutes.

Considering the length of this video, you’d assume that a ton of detail got shared, right? Well, that assumption would be right. This video will not only allow you to take a closer look at the device, but also its software.

This video shows off the Microsoft Surface Duo in great detail

The video will show you how you can use the Surface Duo, as it will show you off its unique multitasking, along with other details. This smartphone is one of a kind, even though it comes with two connected displays, not one foldable one.

In addition to this, quite a long video clip, Microsoft also released a short promo video. This promo video has a duration of less than two minutes, but it managed to fit in quite a bit of content in that timeframe.

The video shows off the Microsoft Surface duo design, its multitasking, UI, and it even shows some of the phone’s specifications on top of everything.

Microsoft recently announced that the Surface Duo is available for pre-order. The company also shared the phone’s price tag, and it also shared the device’s specifications.

Based on initial reactions, people are either extremely interested in this device, or couldn’t care less. There doesn’t seem to be anything in between.

This handset is quite expensive, and doesn't offer the latest specs

On one hand, the device costs $1,399 despite the fact it doesn’t offer a foldable display. It comes with rather thick bezels for this day and age, and that gap between the two displays that is quite noticeable.

The device also offers slightly disappointing specs, at least for that price tag. There was no mention of OIS, 5G, NFC, or wireless charging, while it comes with last year’s Snapdragon flagship SoC.

On the other hand, the Microsoft Surface Duo sure is a unique device. It connects two displays to act as one, and it seems like Microsoft adapted this UI to offer great multitasking for supported apps.

The Microsoft Surface Duo will be one of the most interesting devices to use in 2020, that’s for sure. It may not be a full-fledged foldable smartphone (as it doesn’t have a foldable display), but some people may even prefer it.