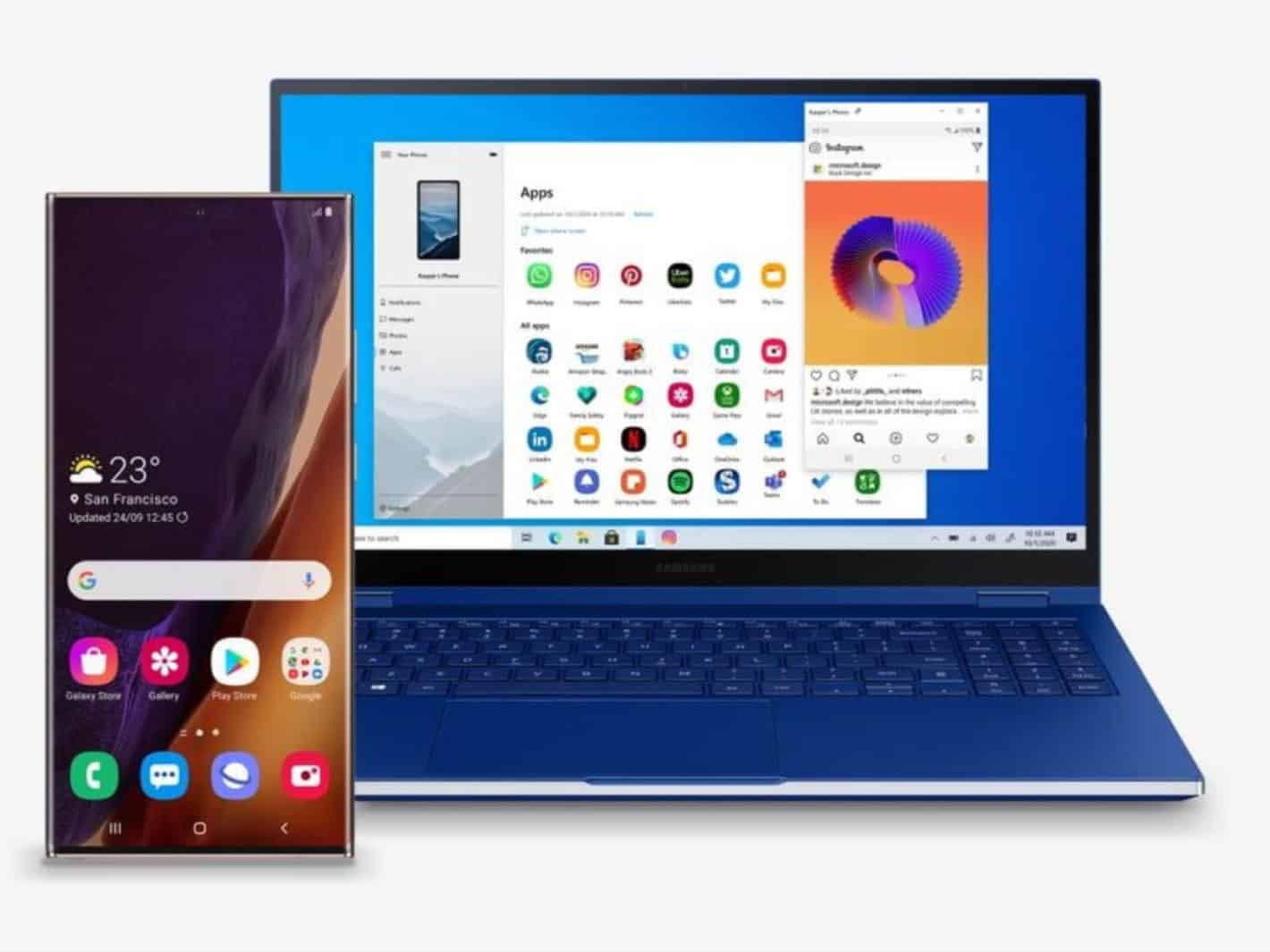 Microsoft took to its official Windows blog today to detail some of the deep integrations coming between the PC platform and Samsung's new Galaxy Note 20 and Tab S7 devices. Focusing simultaneously on 'work' and 'play' the incoming features center around productivity on both fronts.

Not only does the partnership ensure seamless cloud gaming on either the new flagships or flagship tablets. It also allows for a more traditional productivity experience than Samsung's new Wireless DeX does. Microsoft and Samsung are doing more than just automatic file syncing, shared app access, and similar features. So Windows users are definitely going to want to check out the new Samsung Galaxy Note 20 and Tab S7 series.

The fruits of this partnership are the result of an over-year-long partnership and work between the two companies in question. So, as might be expected, the integration of the two platforms is deeper than just a few notification features or basic file sharing. However, both of those aspects are a big part of what the integration does.

To begin with, Microsoft points that out by reminding users that they can log into a Samsung device and tap the "Link to Windows" Quick Settings Tile in the notification shade to bridge the two gadgets. From there, they can link up the Windows platform's "Your Phone" app and gain immediate access to calls notifications, photos, and messages without ever picking up their phone. All of that is available directly on their PC.

But with the new Note- and Tab-branded Samsung gadgets, that goes quite a bit further. Users can also access PC-side copies of their mobile apps, picking up conversations, and more, directly from where they left off. The feature opens up the apps in their own windows in the UI and, with a right-click, can even be added as shortcuts for quick access later on.

That lets users utilize the same apps on their phones and computer for a more versatile and coherent experience. Additionally, it prevents a break in the workflow that could be caused by switching apps.

And that integration continues further still with deeper integration between the devices and Microsoft 365 apps. Now, users can sync their notes automatically between Samsung Notes, OneNote, and Outlook. That includes seamless transitions between mobile device and PC, with better drag-and-drop functionality, note-taking, and more.

Outlook will additionally be integrating Play My Emails functionality into the new Galaxy gadgets. That's on top of integrating with Galaxy Watch 3 via a new smartwatch app. Microsoft is making the integrations work with OneDrive Personal Vault too. So all of that is protected and secure, across all platforms.

It's the features, as much as anything, that makes the pricing worth it

Samsung announced its new Galaxy Note 20 5G series and its new Galaxy Tab S7 series today. And both sets of devices are decidedly not budget gadgets. The former costs anywhere from $999 to $1299. The tablets can cost upwards of $849.

Integration with Windows effectively allows users to move seamlessly between their smartphone and a PC, and then back again. All without losing access to apps, conversations, video chats, files, and more in either direction. Microsoft also highlighted the above-mentioned seamless cloud gaming experience via Xbox Game Pass.

So these may not be the least expensive gadgets around. But with productivity features and gaming stacked into the mix, the cost is going to be well worth it for a significant number of users.