What’s more is that Founders members will get an exclusive gift of some pretty neat in-game rewards. Hyper Scape was announced earlier this Summer by Ubisoft and later jumped into an open beta.

The open beta went live on July 12, but was recently ended on August 2. Those who have enjoyed the game since the beta started will now be able to jump back into the action. And whether you’re a Founder member or not, you can still play. You do need to be a founder to get the rewards though.

Whether you’re new to Hyper Scape or you played through the entire beta, you may want the unique rewards you get for being a GeForce NOW Founder.

These rewards will be available to new Founders and existing Founders. It does require the purchase of a 6-month bundle though. This will cost $25 and include six months of access to a GeForce NOW Founder membership. If you’re already a Founder, then it will simply extend your membership out six months from its original end date.

The in-game rewards are also valued at around $70. So if you were planning to keep GeForce NOW for the next six months to a year anyway, this is a sweet deal.

The bundle will include a token to pick up the battle pass for season one which launches tomorrow alongside the game. In addition to the battle pass token it also comes with a couple of skins and few other in-game items.

Both of the skins are rare, with one being for Adi Volta and the other being for the Citric Dragonfly weapon. A rare Volta drop pod and an Epic boxer shuffle emote are also included.

The 6-month bundle offer can be stacked

This is a good deal for GeForce NOW newcomers, but it’s definitely the best for those who have already been subscribing to the Founders membership.

That’s because NVIDIA allowed existing Founders to lock in a rate of $5 a month for up to a year. And now with this new bundle at play, NVIDIA is allowing those members to stack it with that locked in rate.

So to recap, those users will get the Founders membership at $5 for up to a year. After that year is over they’ll have the six additional months from this bundle to go through.

That last six months makes the membership less expensive than normal. And Founders are essentially getting the sixth month for free. As six months at the normal $5 rate would cost $30. If you love GeForce NOW and you love Hyper Scape, you can sign up or grab the bundle here. 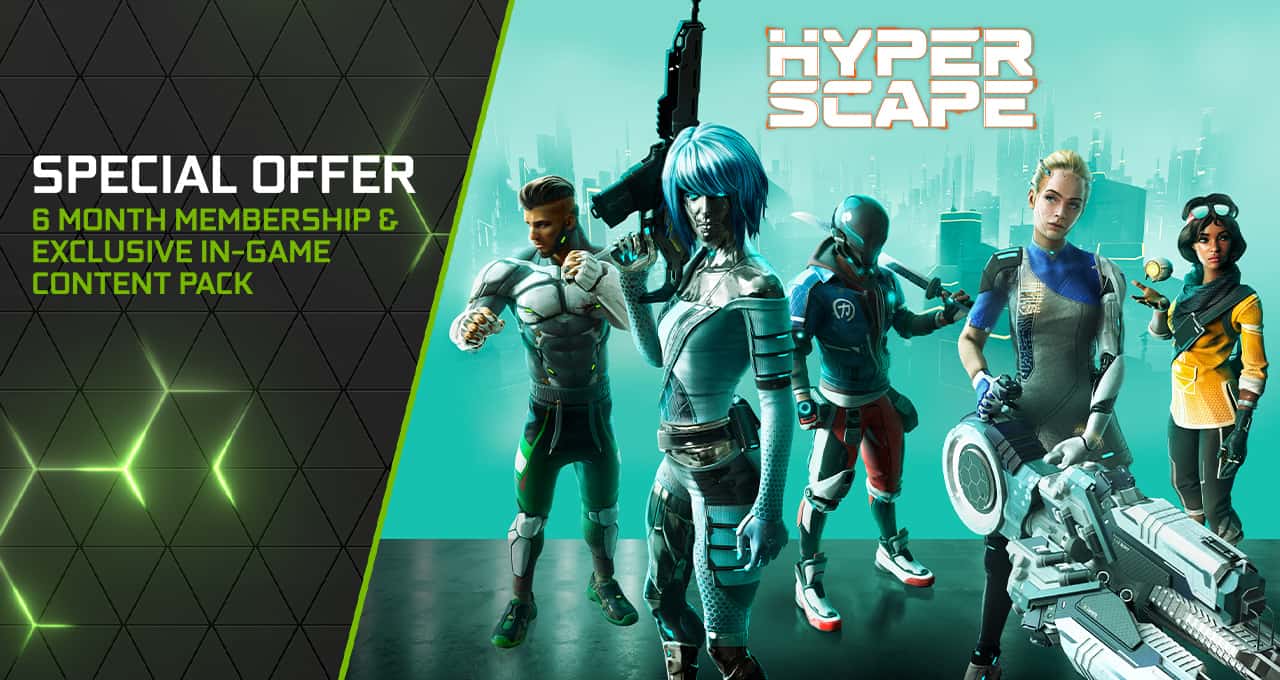