Google has opted all of its users out of voice data collection as reported by Android Police. This follows last year’s revelation that some voice data got leaked after being reviewed by humans.

Google has, therefore, taken the decision to opt all of its users out of this data collection. Instead, giving them the choice to opt-in. The company has also explained what it does with this data more transparently than ever before.

With data privacy becoming increasingly more important to individuals, actions such as this will likely be greeted with admiration. In the past, Google has faced legal action over its behaviour surrounding data privacy. More recently, the company ran into trouble in New Mexico over student data collection. 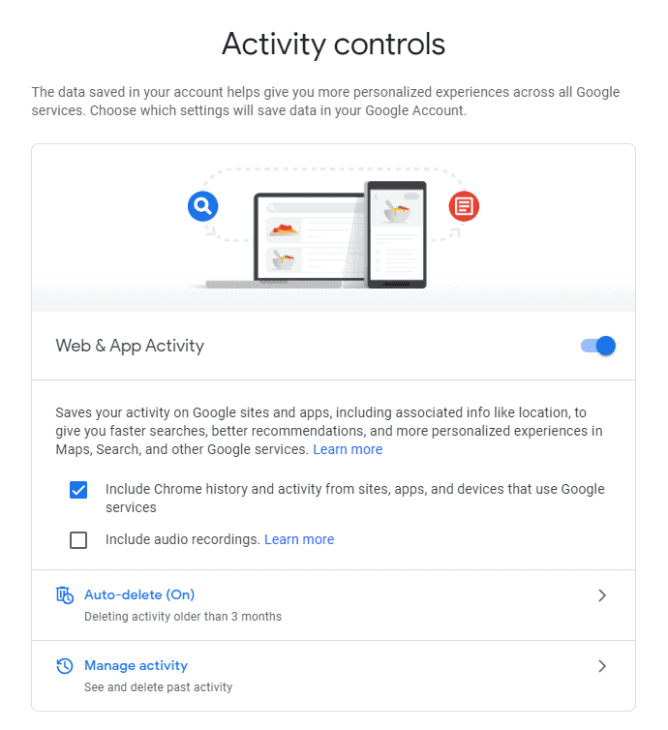 Google opts out its users from voice data collection

To be specific Google has opted every account holder out of the permission which lets the company log Voice & Audio Activity. Users can now toggle is permission under Web & App Activity controls in their activity controls.

Voice data that was already saved will remain so. You can manually delete this but that is the only way to get rid of it. Users can delete samples by using the “Filter by date & product” box.

Users can also set up the auto-delete setting. This is located under your Web & App Activity and you can set how regularly you want this to delete.

Google clarifies what it does with your data

Google has also released a statement saying that it uses the audio collected to train artificial intelligence voice recognition models. It also assigns human reviewers to transcribe and annotate the clips to aid model training.

The company claims that it only uses this data in its raw data form. As such it is anonymous and unlinked to users’ accounts.

Google also said that the company uses the data to better recognize your voice. This is so it can better pick up “OK Google” requests. Google does tie this data to your account though.

However, Google does not collect clips of voice recordings made to other Google services nor of locally-recorded audio.

It was first noted last July that Google was using humans in its process. Reports surfaced of Google using personal conversations and personal location data in its systems.

After this all leaked, Google promised to take humans of these process until it could re-confirm users’ voice and activity settings. That is what is happening now with this announcement and it looks like Google has made some reasonable changes with transparency.