Skip to content
Advertisement
Trusted By Millions
Independent, Expert Android News You Can Trust, Since 2010
Publishing More Android Than Anyone Else
15
Today
93
This Week
543
This Month
2475
This Year
112553
All Time
Advertisement Google has already announced to shut down the Play Music service in October. YouTube Music will be replacing Google Play Music as the defacto music streaming service for the company. The latest update to the Google Play Music app includes the new “Export local playlists” feature to make the transition smoother.

In the Google Play Music app with version 8.26, the newly added Export local playlists option can be found in the General section in the settings menu. As per the company, it allows the playlists of this app to be played on other apps.

Once exported, a new .m3u file will be created and can be found in the internal storage. According to 9to5google, the older export file will be deleted/updated when the user starts a new export. The company already removed the ability to make purchases on the Play Music. Obviously, users can longer purchase or pre-order any new music.

There is no replacement app for Wear OS users yet

Unfortunately, there is no word on the development of the YouTube Music app for Wear OS. With no Play Music app, the users can only use their smartwatch to remotely control their smartphone app.

Back in July, Google released the YouTube Music for Android TV as a built-in section within the YouTube app. It lacked several basic features anyone expects from a music streaming app. There is no option to search while play music and even more interestingly, it won’t work in the background.

Moreover, there is no confirmation of whether there will be a dedicated YouTube Music app for Android TV or not. Even though the service is shutting down in October, the company will retain the Play Music data until December. It gives another three months of time for the current users to transfer their data to the YouTube Music app. 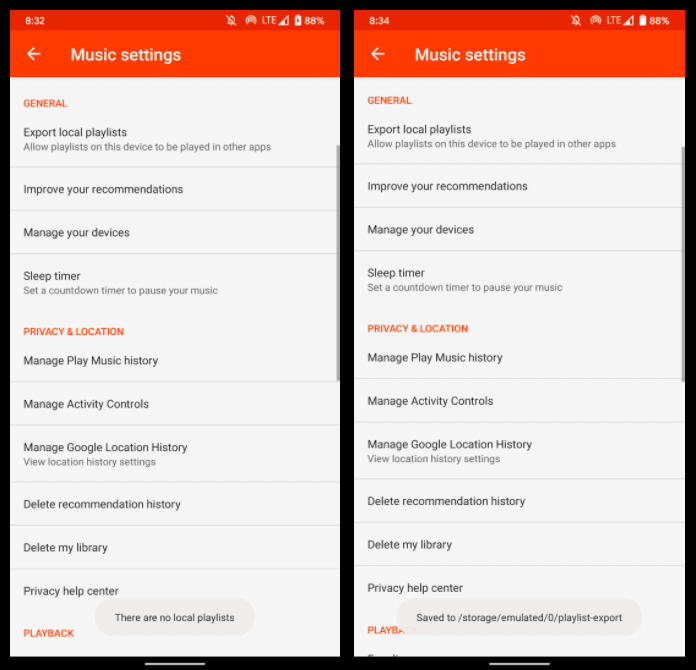