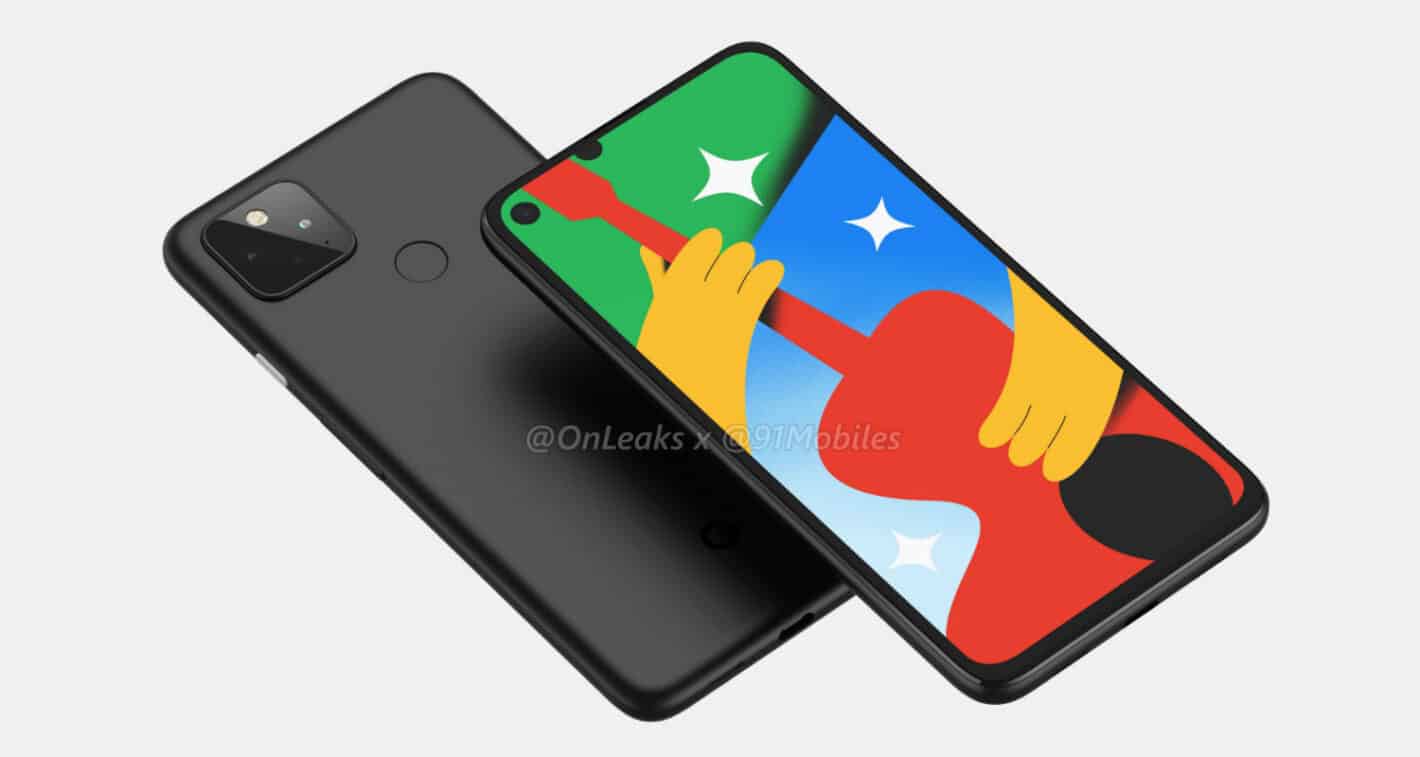 There are a ton of renders for you to check out in the gallery below the article. The phone’s design is also shown in a 360-degree video, which is also embedded below.

Now, you’ll immediately notice that there are minimal changes here compared to the Pixel 4a, as expected. The phone looks almost identical to the Pixel 4a, though there is one notable difference.

The Google Pixel 4a 5G will include two cameras on the back, while the Pixel 4a includes a single one. We’re still not sure if the second camera will be a portrait one, or an ultrawide one.

An LED flash will be a part of that very same camera module, which will be placed in the top-left corner of the phone’s back. The difference in the camera module is the most notable change here.

A fingerprint scanner will be placed on the back of this phone as well, same as on the Pixel 4a. The same goes for Google’s branding on the back. It’s barely visible, but it’s there.

The phone will be made out of polycarbonate, and it will include a flat display

The phone will be made out of polycarbonate (plastic), the same as its sibling. The bezels will be minimal, and its display will be flat. A display camera hole is included in the top-left corner of the display.

The power / lock button is included on the right-hand side of the device. Above it, you’ll notice the volume up and down buttons, by the way.

A Type-C USB port can be found at the bottom of this phone, along with the phone’s main speaker. The secondary speaker will be placed above the display, the same as on the Pixel 4a.

A 3.5mm headphone jack will be included here as well. It will be placed at the top side of the phone, as expected. The Pixel 4a will support 5G connectivity, as its name suggests.

The source notes that the phone will measure 153.9 x 74 x 8.6mm. That thickness will increase to 9.5mm on the part where the rear camera module is located, by the way. The pre-orders for this phone are expected to kick off in early October, so it will launch either at the end of September, or in early October.