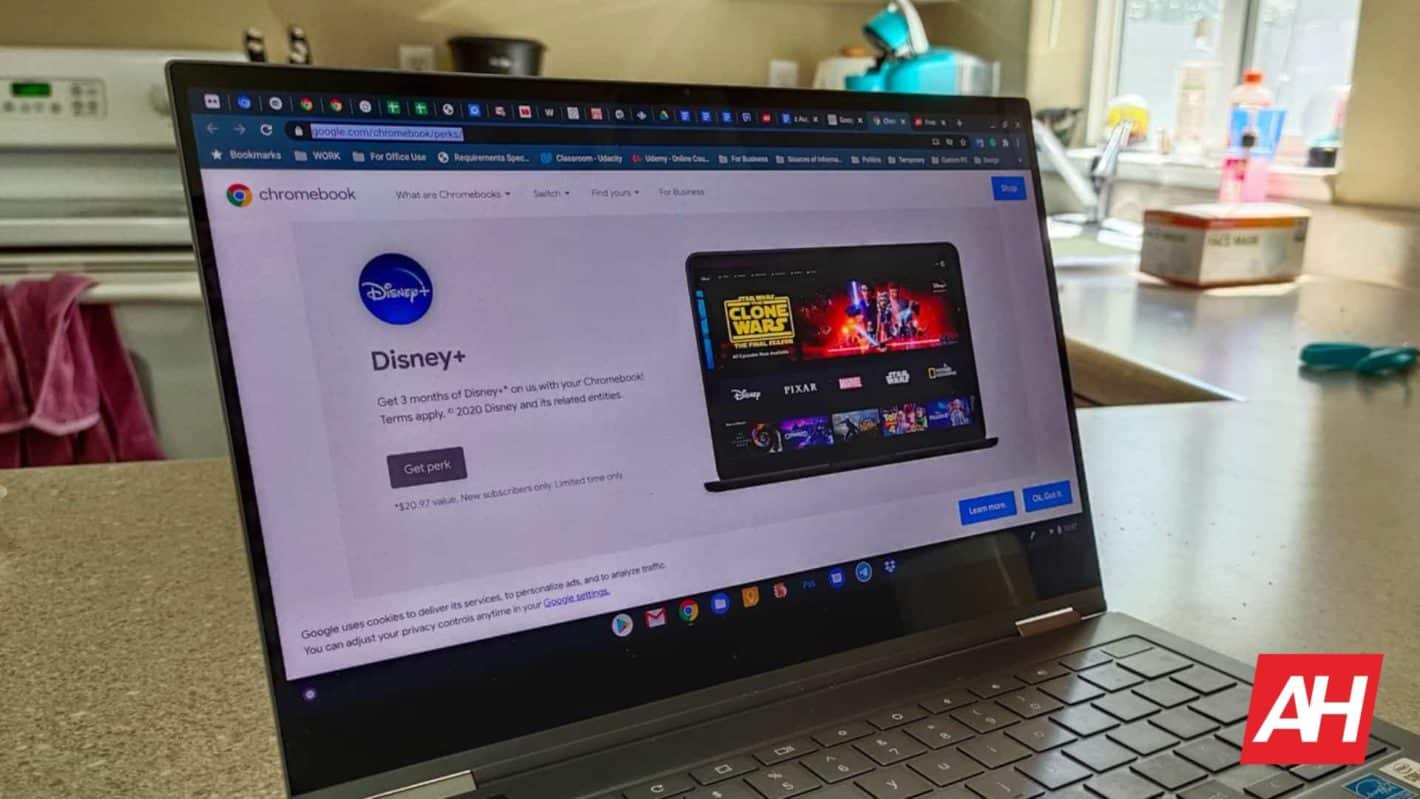 Owners of new Chromebooks will want to head on over to the Chromebooks Perks page for a chance to get three free months of Disney+, Stadia, and more. The new perks, spotted by XDA Developers, don't stop there though. Not only is Google offering three months free of those services — typically priced at $6.99 and $9.99 per month. It's also got a few other deals still ongoing.

For instance, Google is also offering up to 100GB of Dropbox and 100GB of Google One storage — for up to a year. These two perks will come in more handy for owners of new Chromebooks than either Disney+ or Stadia. Especially since at least some of the more budget-friendly devices only come with 32GB of storage. Google Drive, as a free service, only offers 15GB of the cloud storage, meant to make Chromebooks just a bit better.

Of course, fees will be associated with Google One after the trial period. That's if users don't cancel.

Stadia, Disney+, and other perks won't be available on all Chromebooks

Now, the perks that are available on Chromebooks aren't always the same from user to user. Or, put more precisely, from Chromebook to Chromebook. The perks have been available for Chrome OS devices since they first appeared, with Google initially starting the tradition with storage offerings. But not every Chromebook is eligible for every perk. And not every perk is available at all times.

These perks also cycle through fairly quickly. Those that were available in early June, for instance, won't necessarily be available anymore. And those that have been added now won't necessarily hang around for long either. So users will want to head over via the button below to see what's available.

Offsetting that, some older Chromebooks do also become eligible for new perks as they're released in some cases. So even those who own earlier Chrome OS gadgets will likely want to head over and see what's there.

There are plenty of other perks still available too

For users who want to check out the perks for Chrome OS gadgets, there are a bunch of other options reportedly available too. One of those is exclusive to Pixel-branded Chromebooks. But that shouldn't be too big a disappointment since it's only a $20 discount on Stadia Premiere Edition. Other perks are available for a much wider array of devices.

The Elder Scrolls: Legends players, for example, can get a free copy of The Fall of the Dark Brotherhood expansion. Stardew Valley is also entirely free. And there's an in-app item pack for Fallout Shelter too.

Moving beyond games, Google is also making Calm Premium free for 30-days. VSCO is free for a year as well, for some users. So is Squid Premium — but for 6-months instead of a year. Last but not least, users can get a copy of Duet Display for free.

Advertisement
Chromebooks Come With Perks Page
Advertisement
Trusted By Millions
Independent, Expert Android News You Can Trust, Since 2010
Publishing More Android Than Anyone Else
25
Today
144
This Week
399
This Month
5143
This Year
106618
All Time
Advertisement