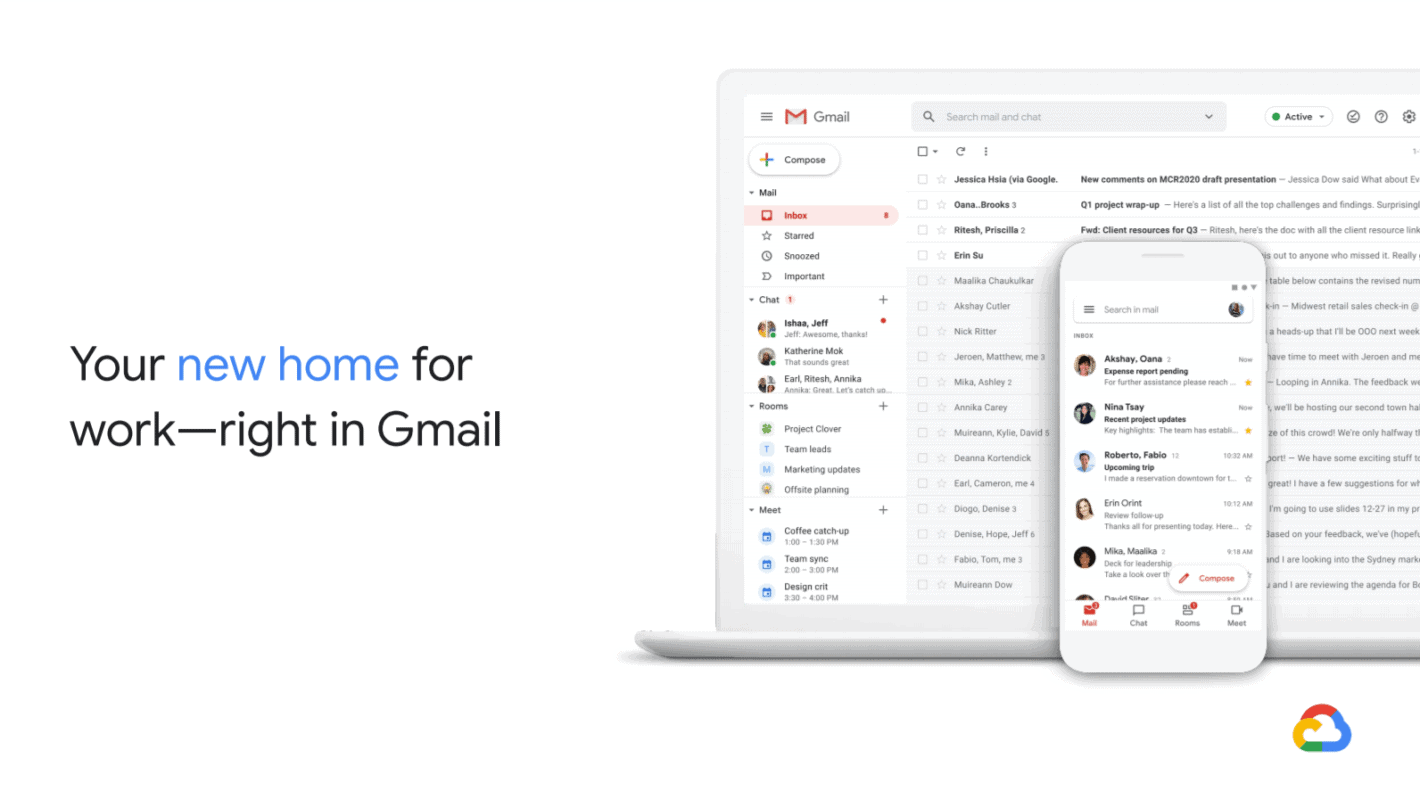 In a blog post, Google has announced that the new G Suite integrations are ready to roll out to users. This is designed to make G Suite the hub for home working by brining its apps closer together. Google looks set to take on Slack and Microsoft Teams with this move.

Google first confirmed these moves back in July when an image leaked of the new Gmail design. This all also comes as Google is migrating G Suite users from Hangouts to Chats. Overall, the changes look positive and intuitive but whether they will displace other similar systems remains to be seen.

Google has outlined the updates in its blog post. The first important point to note is the redesign of Gmail. The email platform is now split into four separate components.

The first is Mail, which has stayed largely the same which keeps some continuity for users. Second is Chats, which allows users to message directly to individuals. The idea is that this is much more efficient than emails.

The third is Rooms, these are spaces for groups to chat as well as share files and tasks. This is designed to help with group projects. The final component is Meet, which allows users to join and set up meetings to view and interact with.

The idea with this update is that users can do most of their work without leaving Gmail. For example, one could edit a shared document without ever leaving the app thus keeping it all in one place. 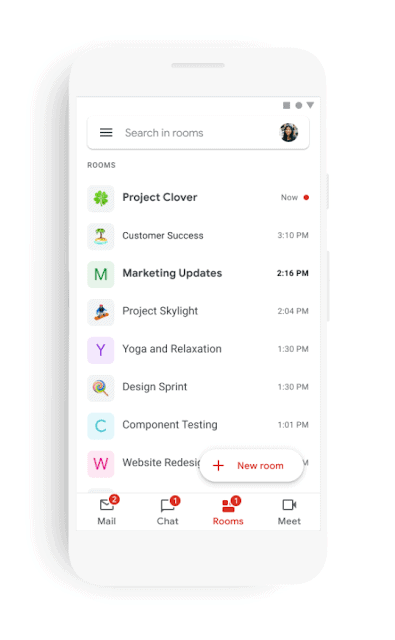 Alongside this redesign and integration, Google has introduced some new features to the platform. These include the ability to assign group tasks, receive task notifications in rooms, pin important rooms and change your availability to "Do Not Disturb".

Additionally, users can set "Out of Office" statuses, see files shared in a room, see integrated search results as well as open meetings whilst on the web.

How will the rollout work?

All of these features will launch to domains with Chat Preferred enabled. Google recommends that Admins should migrate their entire organization to avoid any disruption. Some features will require specific services to be enabled. However, Google provides a link to its help center to aid with this.