Android Police reports that Google has finally made the real-time transcription and translation feature live for the Gboard app. This feature was earlier teased by Google in mid-July and was imminent in the future.

And finally, a new update has been pushed for Gboard that brings these two handy features onboard. Note that prior to this, it was not possible to translate and dictate words straight into Gboard.

However, with this new update, users can go ahead and use voice dictation while the translation is open. If you use Gboard, you need to tap the mic icon and start dictating whatever words you want.

You will see a translation box on top of Gboard. When you speak, your words will be transcribed in the original language, while it will be entered in the second language of your choice in the app.

Notably, the voice dictation works with both Gboard’s existing UI as well as the new Assistant based UI. Apparently, you will see the text entry to be a bit slow.

But that is okay as Google is transcribing and translating both at the same time. So, the lag is likely to be acceptable. Moreover, these new features support all the languages that are available in Google Translate.

The feature reportedly works flawlessly and is even inserting correct punctuation when the symbols are named correctly.

If there’s really anything to nitpick here, it would be the character limit present in the translation box. Voice dictation allows the user to dictate as many words as the user wants.

Meanwhile, Google Translate only supports a 200 word limit. Which is around 2-3 sentences. Google may or may not change this to allow more characters in a future update.

Gboard’s new features are available to download for all

The changelog of this new update is pretty straightforward, and it says that you can now translate online voice using voice dictation for “effective communication.”

Though Google said that the new real-time transcription and translation feature for Gboard is rolling out for everyone, there are a few devices that are yet to get this feature.

This is pretty normal and things will clear out pretty soon from Google and everyone will be able to enjoy these new features on Gboard. 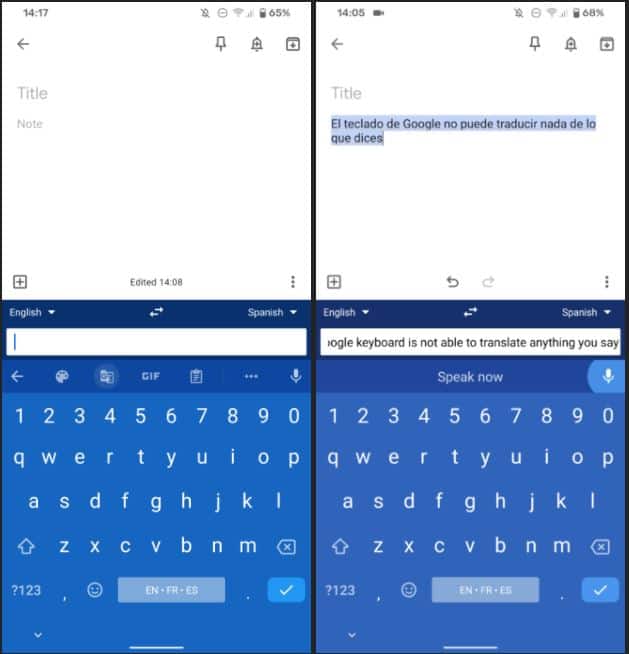