Samsung officially announced its Galaxy Note 20 today and aside from all the improvements over the features of the previous model, the device will get OS updates beyond standard timing.

This is a big thing for Samsung and for owners of the Galaxy Note 20, as updates on most other devices tend to be fixed and follow Google’s own guidelines.

In most cases, device OS updates are around for two years. However, Samsung is committing to three years of OS updates for its latest smartphone. Which is a whole year beyond the standard for most other OEMs.

In this day and age with the economy where it is, people might want to keep phones longer. So Samsung committing to three years of OS updates is a big deal.

Samsung is promising that these updates will include both features and security.

Which means owners of the Galaxy Note 20 should have their devices updated to the next three versions of Android. The device launches with Android 10. But Android 11 is just around the corner.

So the Galaxy Note 20 will be updated to it in due time. Because Samsung is committing to three generations of of OS updates, the phone will probably be updated to Android 12 and Android 13 as well.

On top of that, Samsung’s commitment includes security updates. So even after the Android versions stop, there will still be better security to look forward to for the remainder of that last year.

Keeping those things in mind, people who buy the Galaxy Note 20 may be able to keep the device for three years without having to worry about not getting newer features or a more secure phone.

This isn’t the first time that Samsung has promised to bring updates to its devices for a three-year period.

Samsung actually began committing to this timeframe for OS updates back with the Galaxy S10 line. So owners of that can expect an update to Android 12 after it launches sometime in 2021.

The Galaxy Note 10 and Galaxy S20 series devices are part of this commitment too. Which shows that Samsung is sticking to its promise in making sure that all or most of its devices get the latest software for a fair amount of time.

The Galaxy Note 20 will release officially on August 21, with pre-orders going live tonight at midnight. The phone will be available through Samsung’s website as well as through its retail partners such as Amazon and Best Buy. 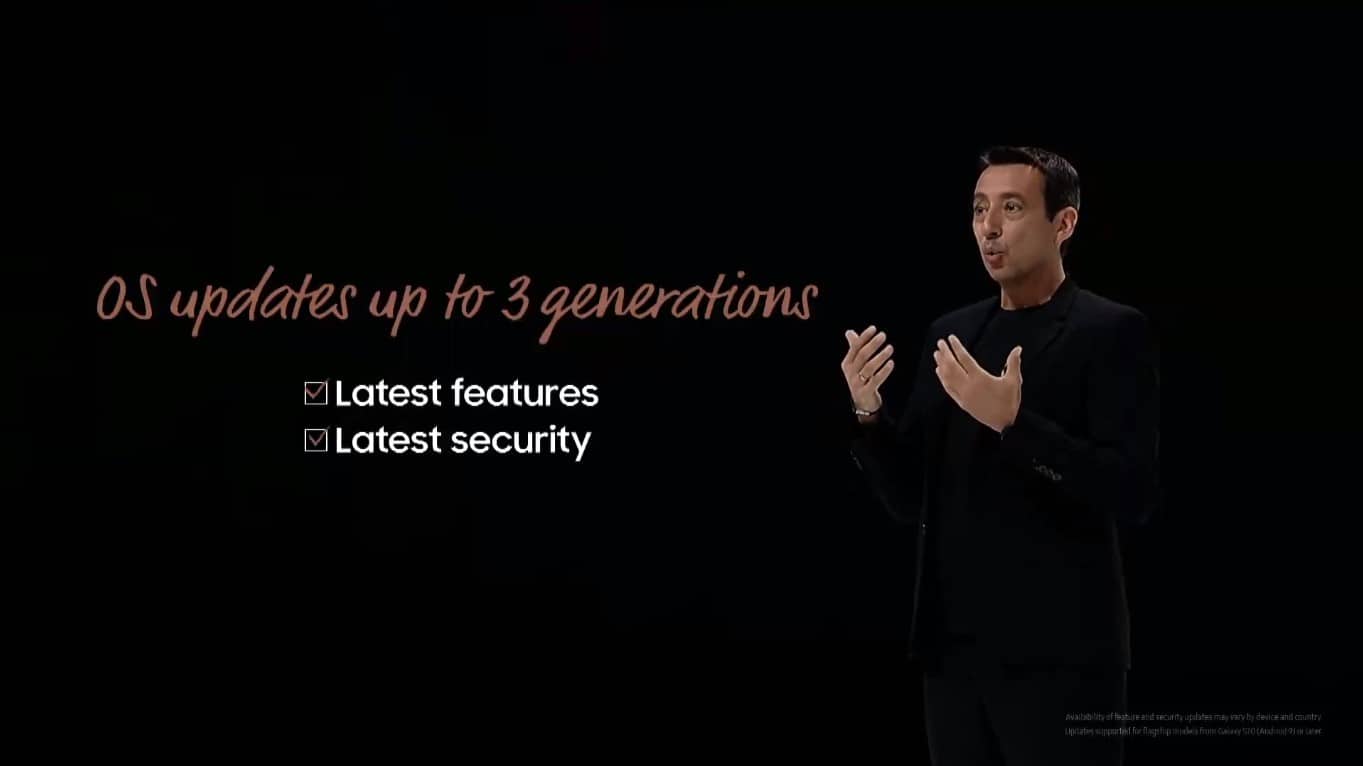