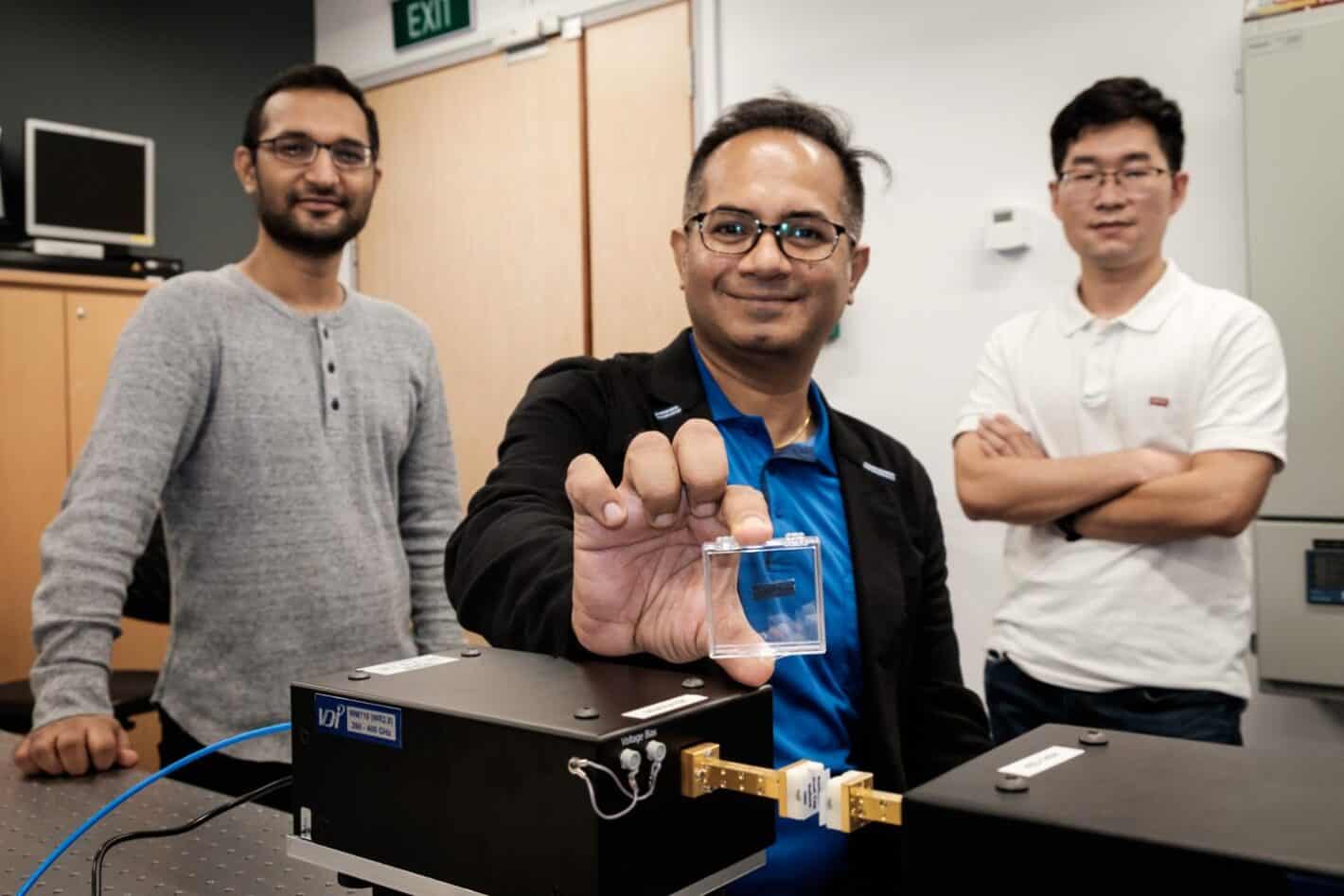 It may be arrogant to say a state-of-the-art chip that outclassed the theoretical limits of 5G doesn’t matter. But it’s definitely arrogant to even refer to it as 6G. Try to keep both of those things in mind as we explore today’s story from the Nanyang Technological University.

The Singaporean institute just reported a major breakthrough in wireless technologies. It comes in the form of a new chip that quite literally performs better than 5G could ever hope to. More specifically, it managed to hit 11Gbps in a controlled (lab) environment test.

5G, on the other hand, peaks at 10Gbps in theory and much less in practice. Take Verizon’s industry-leading 5G service, for example – third-party testing has its real-world performance peak at around 800Mbps. And that’s for millimeter-wave 5G, the kind you have to deploy so deliberately that it might as well be classified as a contributing factor to shareholder depression.

Sure, Verizon’s 5G service and rivaling solutions will all get better over the years, much like LTE did and continues to do. They’ll never get 11Gbps better, though. But NTU scientists already found a solution to this milestone – terahertz (THz) waves. “Found” may be a bit of a strong word, though. They put together a tiny chip that can transmit them, but we obviously knew the result in advance.

That is, it’s not like the relationship between bandwidth volume and data transfer rates is a mystery. Well, at least not in the circles that have a tendency to use the term 6G in 2020. Because the magic of digital modulation allows us to leverage analog MHz signal to break digital data transfer records.

The 6G is still far away

That’s it. Terahertz transmissions are 6G as much as flying cars are the next step after ditching oil. It might be, but we’re so far away from making it work that it’s just as likely to be 7G. Those numbered Gs don’t really mean anything either. Not unless they’re ratified by an internationally recognized standards body.

And while the NTU is a renowned bastion of knowledge that will likely be involved in defining 6G in some capacity, it’s hardly doing so today. Granted, media coverage is at least as much to blame for this achievement being overblown as its authors are. But at least you can understand people taking pride in their accomplishments.

Or even big companies talking the talk to appease investors. The 6G hype, however? That needs to die really fast because if 5G excitement was early to start generating momentum circa 2015 (it was), 6G will burn us out before the inevitable 5G price hikes get a chance to.