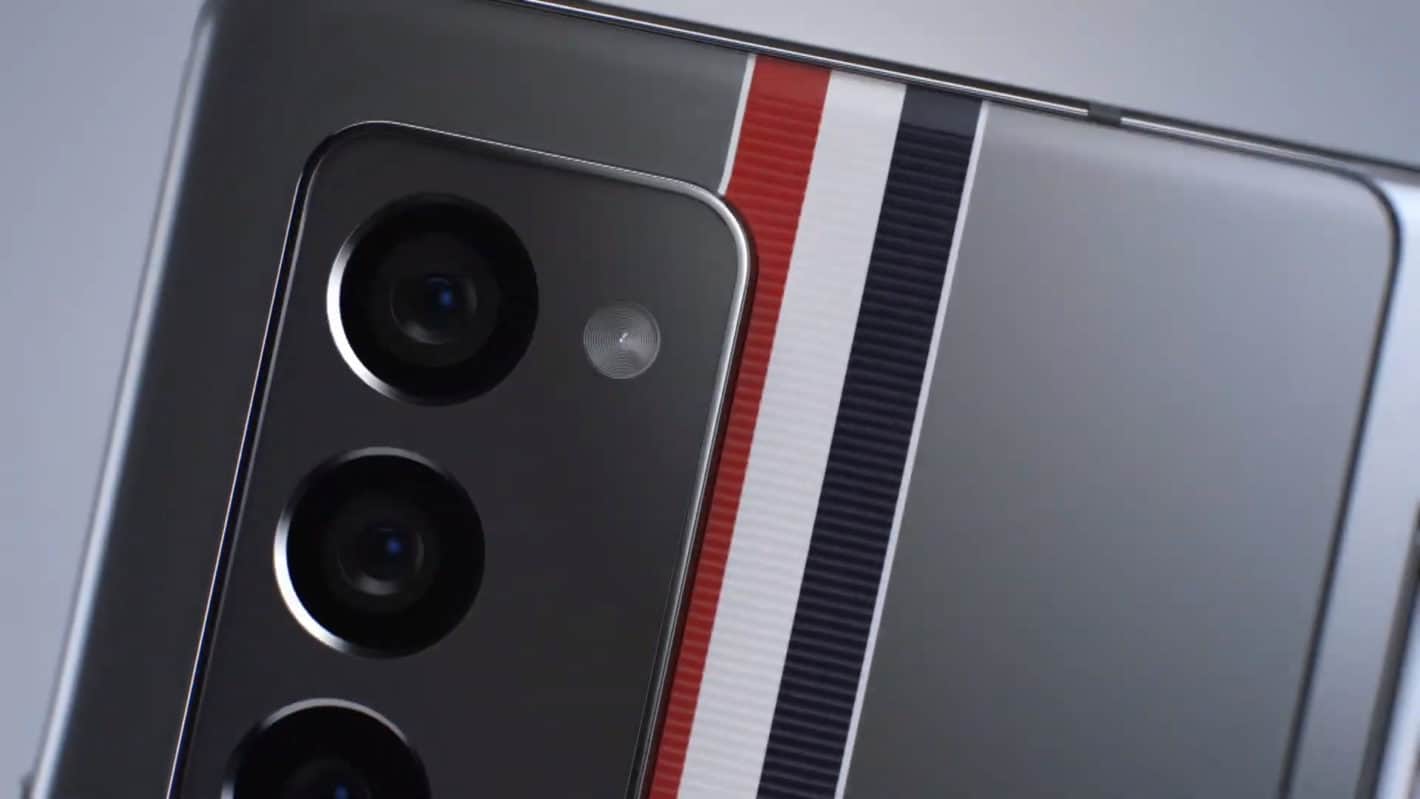 Beauty is in the eye of the beholder, and in the case of the Galaxy Z Fold 2 that beauty apparently lies in the collaboration with fashion brand Thom Browne.

Samsung is once again partnering up with the brand. And has made a series of Thom Browne Edition products focused on combining fashion with technology, which includes the Galaxy Z Fold 2.

This year's set of products looks much the same as last year's Thom Browne Edition line. With the bold tri-color stripe across the back of the device that's awash with matte gray. The new special edition lineup also includes Thom Browne accessories made specifically for the phone.

Like last year with the Galaxy Z Flip, it isn't just the Galaxy Z Fold 2 that's part of this new mashup. Samsung and Thom Browne New York also collaborated to design special edition versions of Samsung's other devices that were announced today.

A special Thom Browne Edition version of the Galaxy Buds Live comes in the same gray color as the phone. While the charging case features the matte gray with the tri-color stripe.

Then there's the Galaxy Watch 3. It features the matte gray color on the watch case and comes with a matching strap made of leather. Though, the collection also comes with two additional straps. One in black and one that looks like a giant tri-color stripe.

Samsung didn't skimp on accessories for the phone either. There are two included cases, both of which feature the Thom Browne-themed aesthetic, but one case comes with the flip cover to protect the outside display.

Plus, everything is wrapped up neatly in a Thom Browne Edition package that appears to present the buyer with quite the unboxing experience.

The bundle will be quite pricey

If the Galaxy Z Flip Thom Browne Edition is anything to go by, you're going to pay a lot for this new fashion bundle.

With the previous collaboration, Samsung charged $2,480. So at the very least expect the Galaxy Z Fold 2 Thom Browne Edition to cost the same. There's also the chance that it'll cost more.

Right now Samsung hasn't announced pricing or release dates for the standard Galaxy Z Fold 2. It does plan to share more details about the phone though on September 1. At that time, it's pretty likely it'll share details about when you can buy the Thom Browne Edition, as well as how much it'll cost.