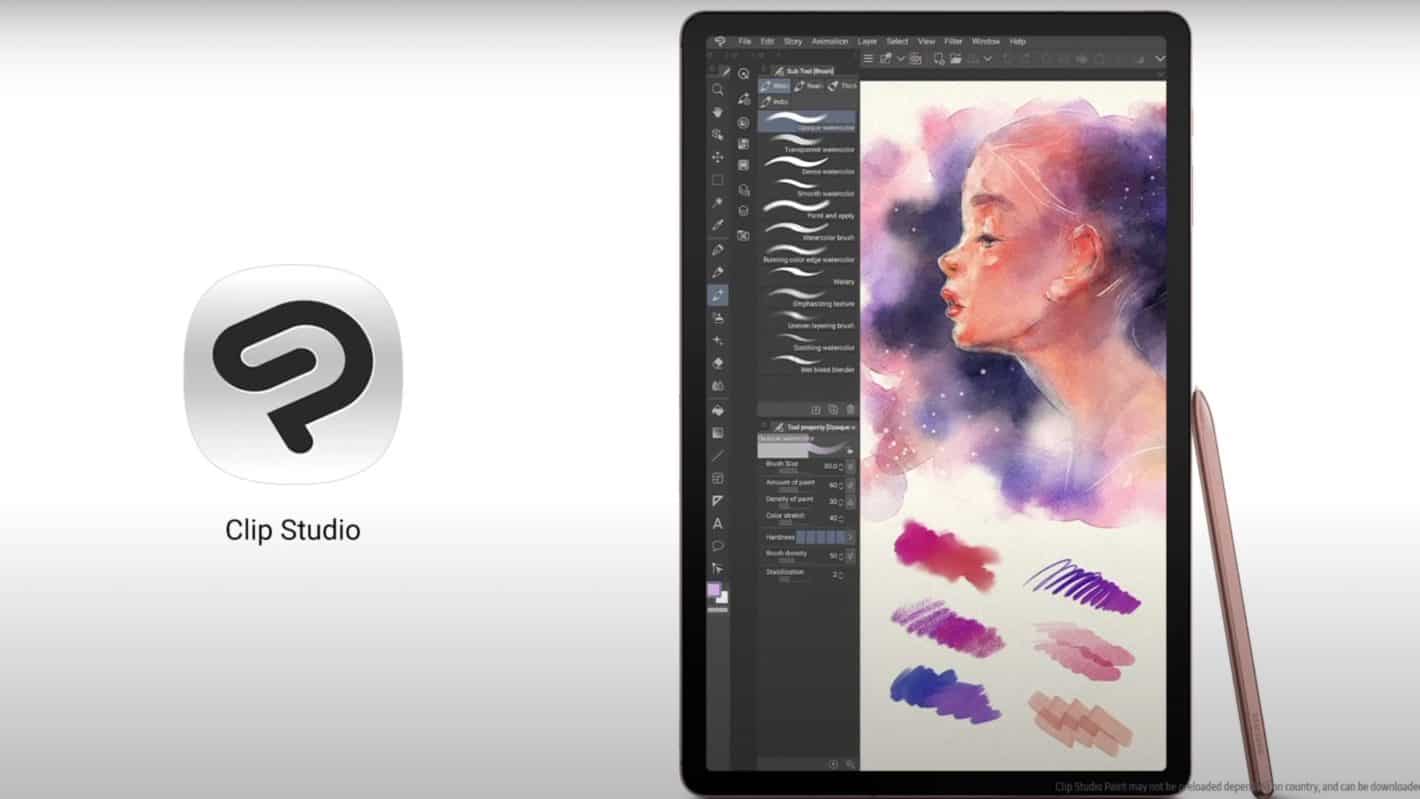 Clip Studio Paint is finally coming to Android and will be arriving on the new Samsung Galaxy Tab S7 and Tab S7+ first. More concisely, it's arriving there first as a timed-exclusive, according to recent reports stemming from Samsung's announcement. That means that, at least for a time following the new tablets' launch, it won't be available anywhere else.

Samsung hasn't provided in-depth information about the exclusivity period. But at least some clues might be found in the details about associated deals. Specifically, Samsung indicates that it's going to be offering a free trial for the app's subscription service for buyers. That's a 6-month Clip Studio Paint EX subscription at no cost with the Galaxy Tab S7 and S7+. The app will also be pre-installed on the new tablets.

So the exclusivity period could also run as long as 6-months before Clip Studio Paint is available on other devices.

What is Clip Studio Paint on the Galaxy Tab S7 series?

Now, Samsung's new Galaxy Tab S7 and S7+ are undeniably going to be the best devices to experience Clip Studio Paint or the subscription. That's down to the 11-inch and 12.4-inch displays having a 120Hz refresh rate. But also because the new S-Pen is redesigned to look and feel like a real pen. The company has even reduced input latency from over 40ms to around 9ms.

The fully-featured graphics and art software from Japanese company Celsys. It's meant for use to design and draw comics, general illustration, and 2D animations. And there are two subscription levels that pack in more features. First, the company offers a "Pro" variant that's made for character art, concept art, and illustrations. The mobile-friendly EX subscription is billed as being better for "manga & comics, animations" according to the company's site.

But in either case, this is a very popular art app with over seven million users as of 2015. And it should integrate nicely with the new S Pen on both Samsung tablets better than anywhere else on Android.

How much is this deal worth for users?

While pricing on Android won't necessarily be the same as iOS, that potentially puts the deal's value at between $14.94 and $89.94.