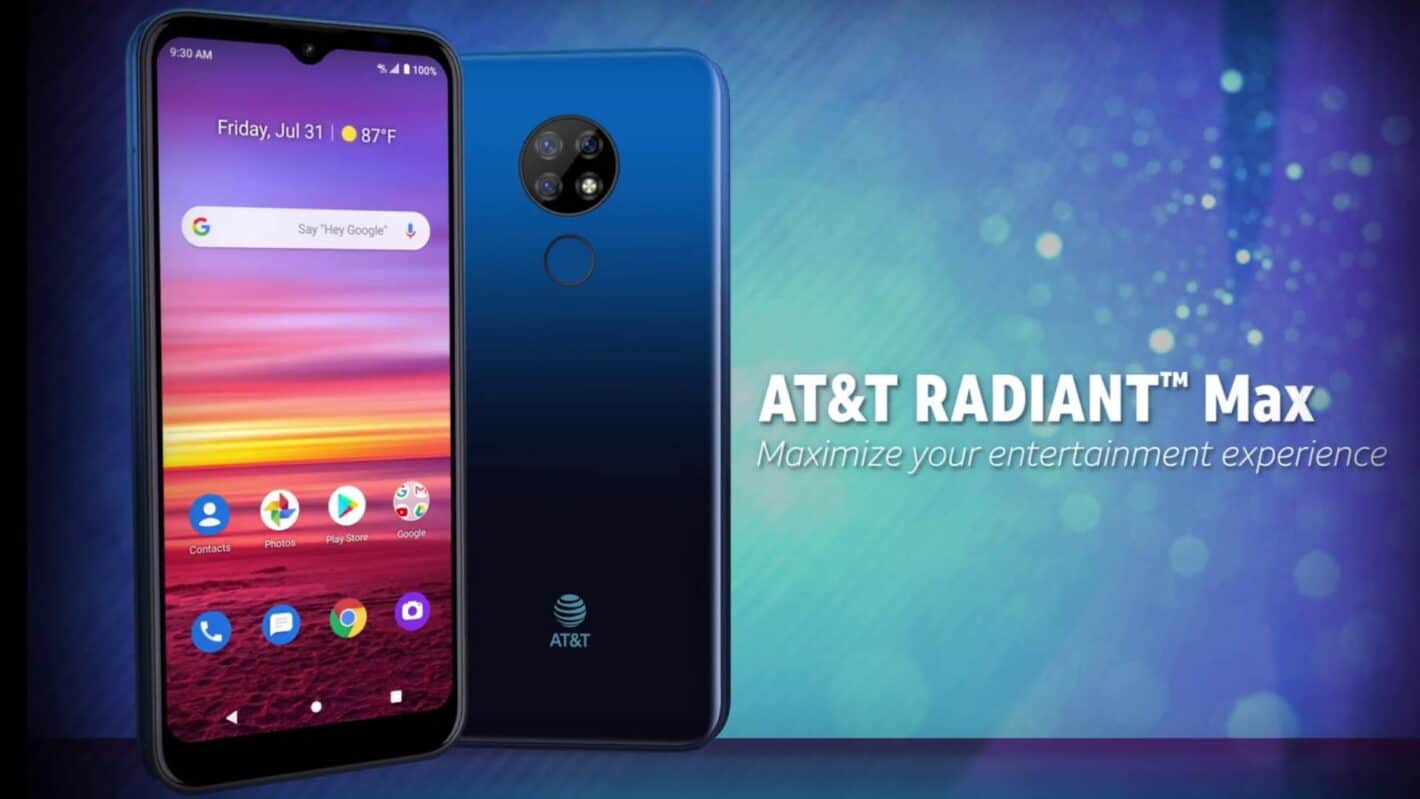 AT&T has now officially announced a brand new, self-branded budget phone dubbed the Radiant Max.  The company did not outline all of its specs, as is often the case with affordable devices below $150. But AT&T Radiant Max, spotted by Android Central via a press release from the carrier, makes some pretty bold promises for its price.

With regard to specs that were fully revealed, AT&T says its new budget-tier device is designed around an HD+ 6.5-inch display panel. That packs a tear-drop notch for the 8-megapixel selfie shooter. Around the back, a three-camera array consisting of a 13-megapixel, 5-megapixel, and 2-megapixel sensor is placed. That resides in a circular housing.

Those are ultra-wide-angle and super macro lenses, with the 2-megapixel snapper likely being used for depth.

For power, AT&T has not revealed the underlying processor. Or how much RAM will back up that ‘octa-core’ chipset. 32GB of storage is packed in to keep photos, videos, apps, and games on-device. And it tucked a 4,000mAh battery behind all of that.  That will last up to two “full” days, according to AT&T.

How does AT&T Radiant Max hope to set itself apart

In terms of AT&T setting its new handset apart, the company is aiming at modern top-tier features instead of specs. Namely, the camera not only supports Time Lapse photography, Portrait Mode, and Live Filters. It also supports Night Mode, which has been a big draw for customers.

It’s not immediately clear how well those cameras will perform since the budget-end doesn’t tend to offer the best experience. But the features do mean users are getting a full-blown modern experience, in theory.

The same holds true for the fact that a rear-mounted fingerprint scanner is part of the build. AT&T placed that just below the camera array. And DTS audio tuning is part of the package as well. That will, AT&T says, enable louder, richer sounds overall.

Also setting this phone apart is the fact that the industry had, prior to this, largely moved away from carrier-branded smartphones. That could ultimately help the company bring in extra revenue that may help it, in however limited a fashion, to better compete.

Pricing is set to start at $80 for new AT&T customers. And it will only be set at $130  for those who are already using AT&T service, with prepaid users being the primary target audience. Those prices are both associated with AT&T’s unlimited plans, of course.

Radiant Max is scheduled to arrive AT&T as of August 28.