ASUS has published the very first ZenFone 7 promo video. In it, the company shows off the phone’s flip camera, along with several other features this device has to offer.

This video has been published on YouTube, and it has a duration of around a minute. The video is focused on both the ZenFone 7 and 7 Pro, which is not surprising considering they’re quite similar.

These two phones do come with slightly different SoC, different RAM and storage setups, and OIS is not included on the ZenFone 7. Other than that, the two phones are exactly the same, that even goes for their design.

The first thing this video focuses on is the design, and the display of the ZenFone 7 series. Both phones are made out of metal and glass, and both feature a 6.67-inch fullHD+ NanoEdge 90Hz display. That is an AMOLED display, by the way, and it’s flat.

Both phones even include an all-in-one smart key on the side, just to give you more options. Three cameras are included on the flip camera module here. That makes the ZenFone 7 a pioneer in that regard, as this is the world’s first triple flip camera setup. 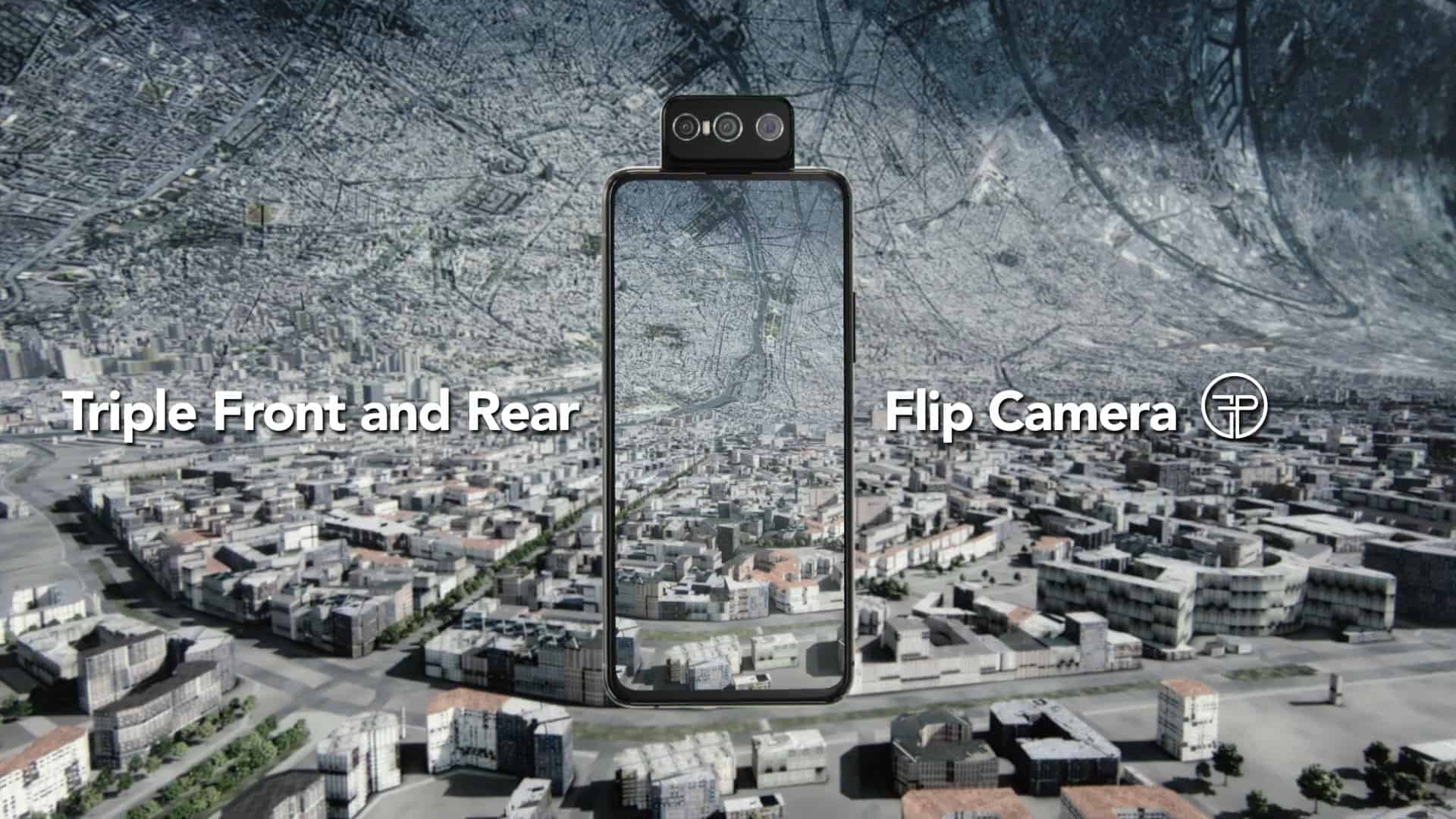 The third camera is a telephoto one, and it enables a 12x maximum zoom for the device. All three of those cameras can become front-facing cameras when needed. This phone features a motorized flip-up camera module.

A large battery is included in both smartphones

Both phones include a 5,000mAh battery, and they do support Qualcomm’s Quick Charge 4.0. At the very end of the video, two color variants of the phone are shown.

Now, this promo video did share quite a bit of information when it comes to the ZenFone 7 series. It did not share everything, of course, so if you’d like to know more about these phones, click here.

We’ve also compiled a specifications-focused article yesterday, when the phone launched. So if you’re interested in checking out the spec sheets of these two handsets, follow this link.