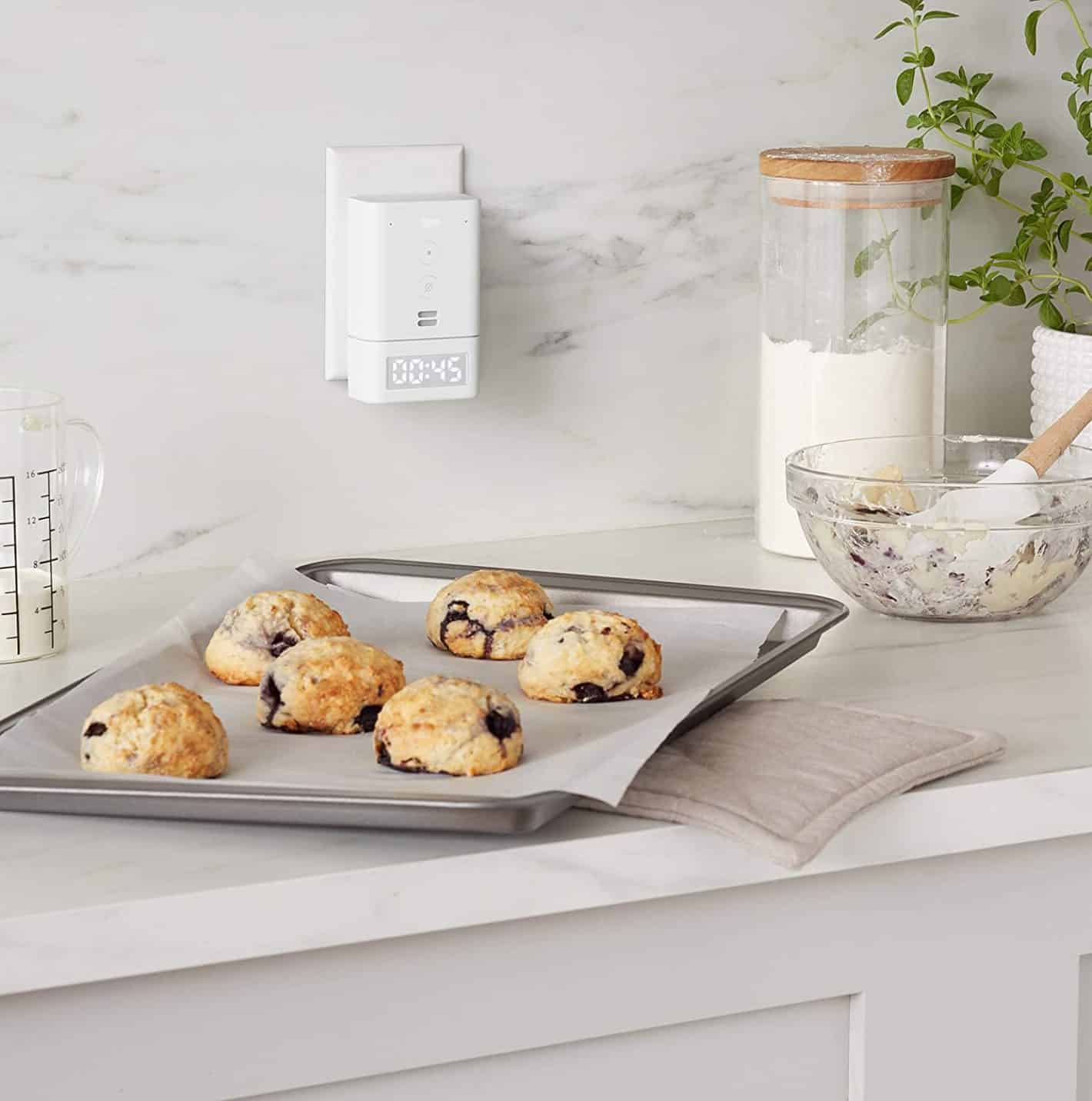 Amazon just announced the Smart Clock for Echo Flex accessory, which is a $15 accessory that plugs into the Echo Flex and gives it an LED clock. Similar to the Echo Dot with Clock.

Basically, the Smart Clock for Echo Flex will plug into the USB port on the bottom of the Echo Flex, and provide you with a clock. Alexa will automatically discover the clock, so there's no real set-up needed here.

Besides the fact that this is going to allow you to have a clock in the hallway or in your bedroom on the wall, it also will give you a visual for timers and such. Alexa does support up to 20 timers too. And that's going to make this really useful for the kitchen.

So Amazon didn't, technically, make this new accessory. It's made by Third Reality, but it is part of the "Made for Amazon" program. So it does work with the Echo Flex without any issues. And that's always a good thing.

It will cost you $15 when it starts shipping on August 11. So it's about the same price as the Echo Flex. And for some people, simply getting an Echo Dot with Clock (when it's on sale) might be the better option.

Though, we can't deny that being able to have a clock on the wall with Alexa, is definitely useful. As it doesn't take up any space in your home, or need a table to sit on.

It does have a pretty bright display, and you can adjust the brightness by telling Alexa to change it. You can also change between the 12 hour and 24 hour format, by using the Third Reality Alexa Skill.

Obviously, you will need the Echo Flex, to be able to use this Smart Clock accessory. The Echo Flex retails for $25, and then the Smart Clock is $15, so for $40 you're getting an Echo that is plugged directly into the wall and giving you a smart clock. Not to shabby.

The Smart Clock is now up for pre-order on Amazon. And it is set to start shipping on August 11 – next Tuesday.