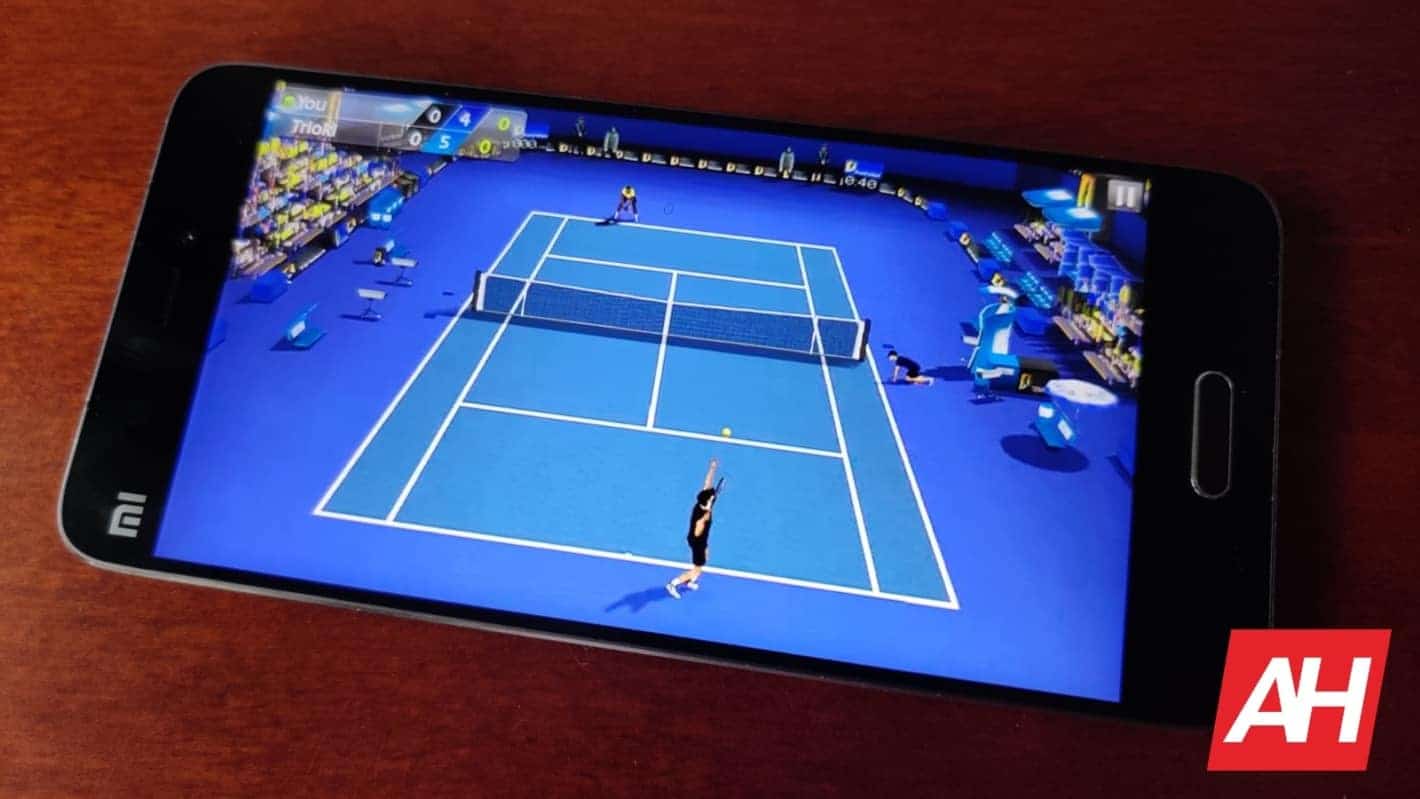 Mobile gaming has long been on an upward trajectory. Since it’s dawn and the growth of Android and iOS technology, it’s been surging ever closer to the likes of console gaming, and eventually surpassing it.

2020 was already set to be another huge year for mobile gaming, but that surge has increased significantly, largely thanks to people spending more time on their devices during lockdown.

The first six months of the year has seen mobile gaming increase in popularity significantly, with analysts predicting that by the end of the year it’ll lead console gaming by 3.1 times.

A Big March For Mobile 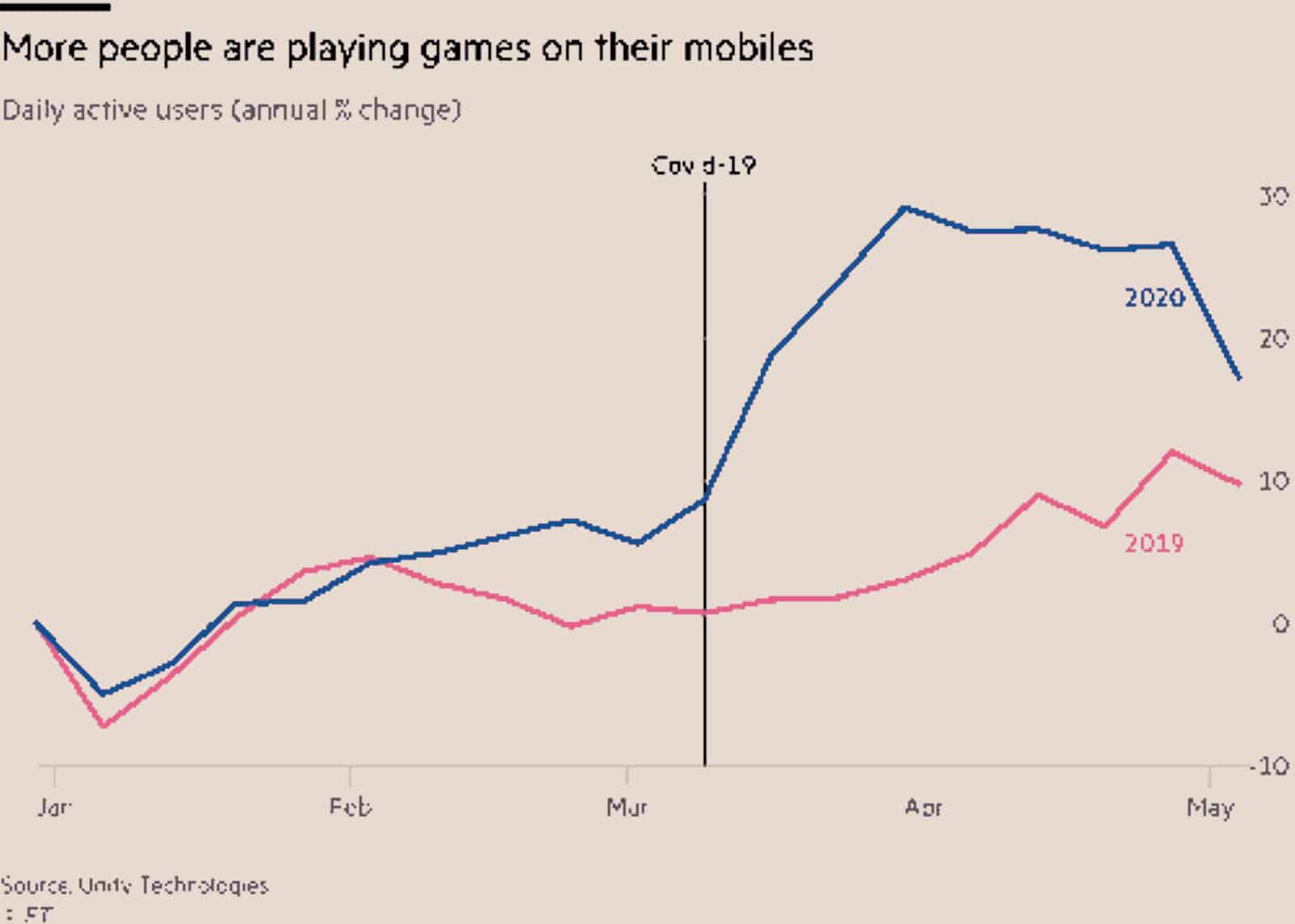 March proved to be a huge month for the market. As millions of people were social distancing and locked in their homes, gaming as a whole proved to not only keep people entertained, but also connect with friends.

Brands that deal in console gaming such as Nintendo and Activision Blizzard and Take Two enjoyed significant increases in share prices at 25%, but it is mobile gaming studios that have seen huge windfalls.

Last time it hit its current price was in March 2018 which was a record high for the Switch era.

Strong demand for Switch and Animal Crossing + gaming in general being the key factors for recent increase. pic.twitter.com/orfQ1Bnlo5

The key difference is the smartphone industry is a ready made industry that is worth more than £2billion.

Stillfront, a mobile gaming group based in Stockholm, have seen their share price double since March. A big factor in that was as other sectors began to struggle and reduced marketing and advertising, mobile gaming companies could up their activity and reach large audiences.

That’s put mobile gaming on a pathway to being worth $100billion by the end of 2020 according to reports, and brands are doing all they can to claim the biggest slice of that.

It’s believed that Epic Games, creator of Fortnite, Playrix and Playtika were each spending $2million per day in March, April and May.

What that has seen is an 84% spike in app downloads compared to a year ago, and a rise of 24% in in-app purchases during the period. 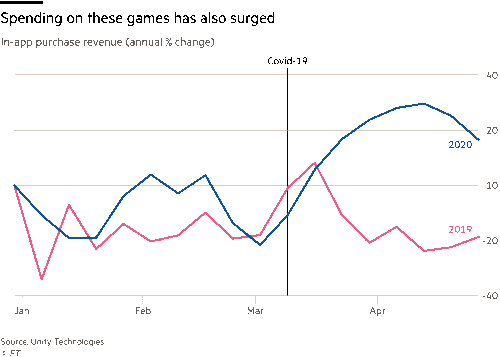 The Financial Times have reported a huge increase on 2019 in active users and a large spike in spend on games, which is now starting to plateau and fall.

How far that will fall is something of interest to many, with a number of experts predicting they’ll see it settle above where it was performing during February and March.

An executive at one of the brand’s who were spending big on advertising each day claimed it was a stressful period, particularly during such uncertain times outside the virtual landscape.

How are you using Candy Crush to pass the time? Share your favorite way to Crush and your Lockdown Level below… pic.twitter.com/ICMOEQX59t

It has paid off for many though, with the likes of Candy Crush Saga, PUBG Mobile and Gardenscapes all featuring among the highest games in terms of revenue globally.

The Versatility of Mobile

● Far more niches compared to console gaming, including puzzles, bingo and more
● A rise of 30% in mobile bingo industry in UK alone*
● A third of mobile gamers have downloaded a game they’ve never played before during the pandemic 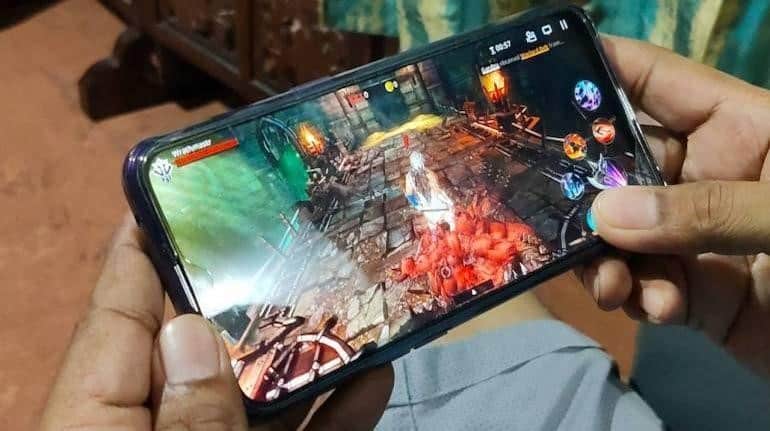 While the big hits within console publishing have fared well during the pandemic, such as Call of Duty: Modern Warfare and Grand Theft Auto V, the vast scale of Mobile has given it the upper hand.

For a number of reasons too. The £2billion industry of course gives game developers much more scope to play with, while the diversity of the audience also instantly gives developers many niches to create from Mums, to teens to even grandparents, many of whom in these categories have been looking for alternative things to do at home.

This then played into the variety of games offered in the Google Play Store. Android operating services are more versatile and flexible than ever before and you can ultimately play any manner of game, from shoot ‘em ups to puzzles, bingo and more with the graphics just as good as the console.

It’s that diversity which has been hugely instrumental in mobile gaming pulling away from other gaming industries, particularly in lockdown.

Mobile has always catered more to the casual gamer, with free-to-play apps that offer quick play either perfect for the commute or for a break in between chores.

What has also been found is that a third of people who are playing games on their mobile, are doing so on games they’ve never played before.

Now, this could be for a number of reasons, but one that has proven common is an alternative to a regular routine. 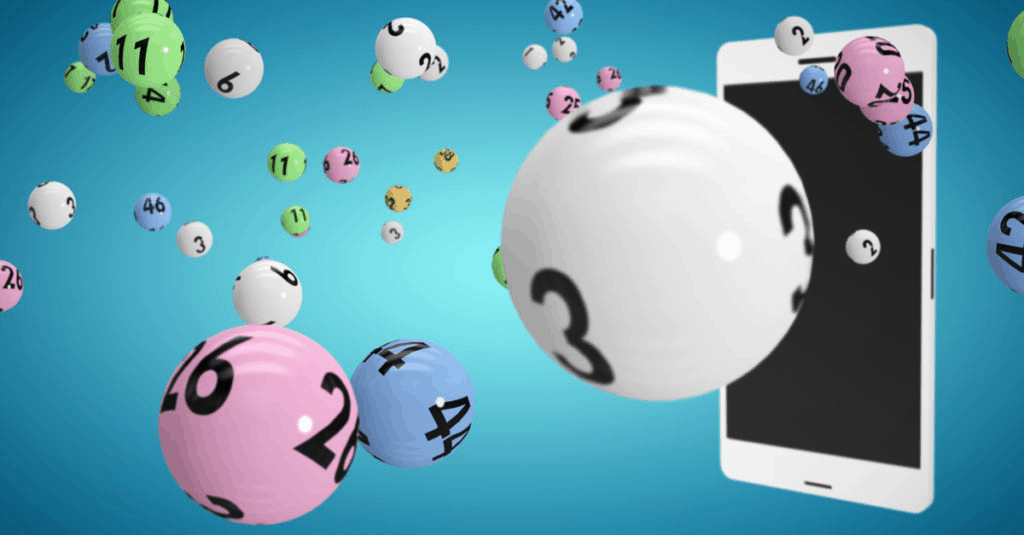 The Zoom quiz has been lauded and discussed across the lockdown, but it isn’t just the pub quiz people are missing out on.

Have you used Zoom during Lockdown?
Created with QuizMaker

The likes of poker apps and bingo game apps have also seen an increase in downloads, as people not only look to replace an evening in bingo halls but also connect with friends in a way that isn’t possible offline.

Much of the online bingo and online casino industry comes through mobile these days, and the boom has been huge as adults seek other things to do while in lockdown.

Some of the best online bingo site games, such as Moon Bingo, have seen a spike of around 30% in the UK alone and that will likely have a knock on effect for some time as many sources of entertainment offline will remain closed.

But that’s why mobile gaming is conquering. The ability to play bingo, as an example, isn’t possible via console, nor can you take five minutes to play a card game or solve a puzzle. Yet, you can also play a story-fuelled war game or career mode in a football app.

It’s that versatility which has really catapulted the mobile gaming industry even further during COVID-19.

● Ad revenue in mobile gaming increased 59% during April*
● Mobile gaming companies among the savviest marketeers on the planet
● Developers are learning quickly what the consumer wants, and giving it to them

What’s more, mobile games developers have learned a lot more quickly than console games in what works and what doesn’t in the modern day and really ran with it.

Where once the big mobile game of one day would be replaced by another the next, games developers are really understanding how to keep players playing.

Of the top earning mobile games today, very few weren’t around five years ago. That’s because games developers now know what makes players tick and are continually updating titles with new rounds, variants and features. That’s the same whether it be Candy Crush, an online bingo site or a more advanced battle royale type game.

There’s also lots to be said by the free-to-play gaming industry, particularly during a time when people are being more careful with their money.

Marketers within the free-to-play industry have really honed their tactics down the years and focus is on ensuring the spend per targeted advert on the likes of social media is lower than the predicted lifetime value of a player.

They are also savvy when it comes to in-app advertisements too. During April, ad revenue drove a 59% year-on-year increase, making for an awful lot more money coming in.

This is then being invested in the likes of more features and spin-offs, driving the industry even further ahead of console gaming as we move into a completely new dawn both in society and mobile gaming.