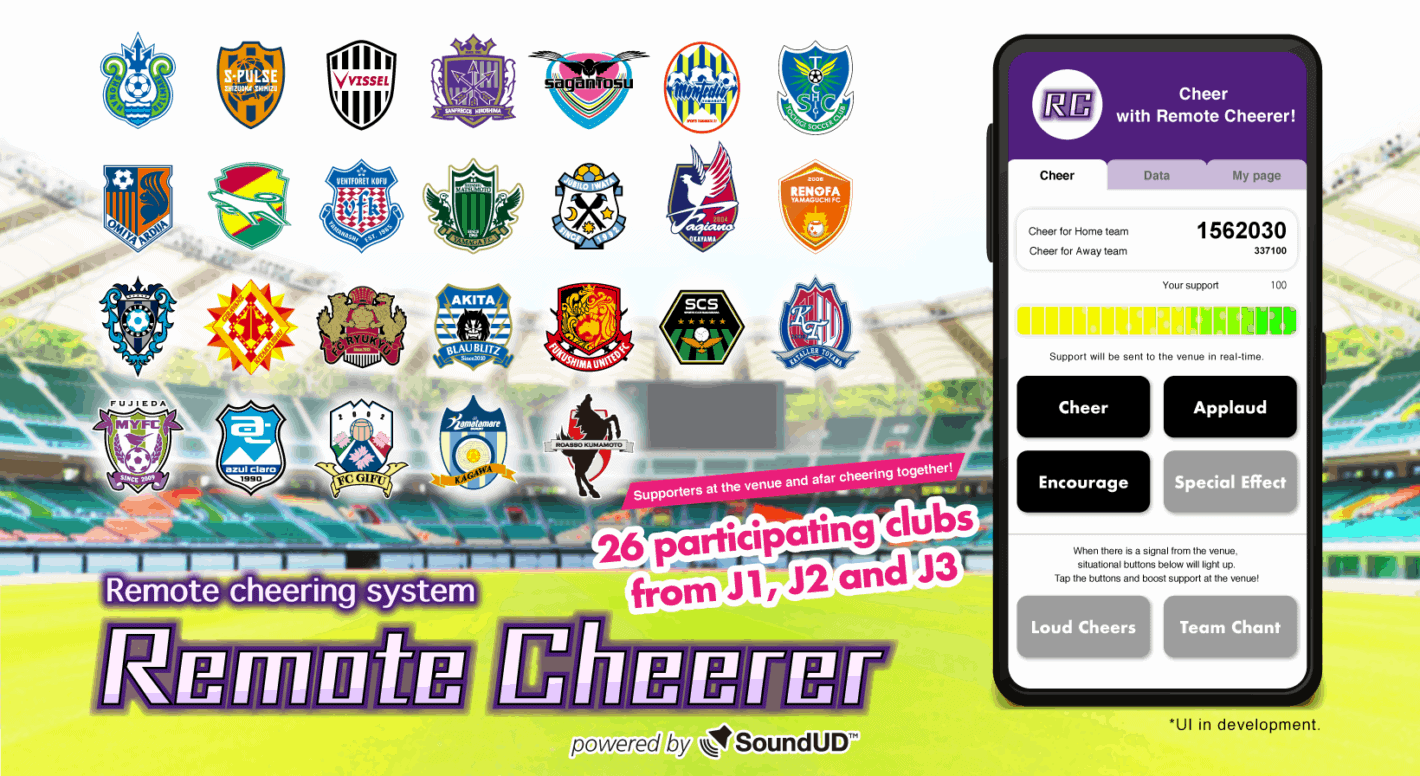 Yamaha have begun a remote cheering project in partnership with SoundUD. This allows fans to cheer along with their sports team whilst maintaining social distancing at home during the coronavirus pandemic.

Yamaha has included a couple of videos to show us how the system works. The first is an introductory clip on how the platform works. Whilst the other is an example of how it would work during a sporting event.

This is another example of how technology companies have come forward to show innovation during the pandemic. FitBit and Oura Ring have been working on ways to predict Covid-19 symptoms. Whilst Microsoft has launched a ChatBot to tackle anxiety during the pandemic.

The Remote Cheerer allows fans to push "support buttons" whilst watching the games at home. As the match unfolds a speaker plays these cheers back at the stadium. Through a mobile site, fans are therefore able to support their team in person despite being at home.

Originally, the system was thought up with consideration for hospitalized children. The thought was those that were unable to get to games could still support their club from home.

This allowed carers, those in childcare as well as elderly and the disabled could still have a level of interaction with sport.

However, the system has attracted a lot more attention given the situation we find ourselves in. In a world where social distancing is paramount, attending live sport has become impossible. Therefore, a way to directly support your team has been a welcome addition to fans.

The system is available for iOS, Android, Google Chrome and Safari users so can be utilized by most. Recent tests of the system have shown it to be a success so it is expected to roll out further.

However, there has been no word on whether this system will roll out more globally outside of Japan. This is currently a wonderfully ingenious solution to a problem many fans have been facing.

However, as we tiptoe back to normality and more in-person interaction occurs, this type of system may quickly become out of date.

Yamaha will hope it continues to play a part for those that are unable or choose not to attend games in future. However, we will have to wait and see if it becomes a mainstay worldwide.