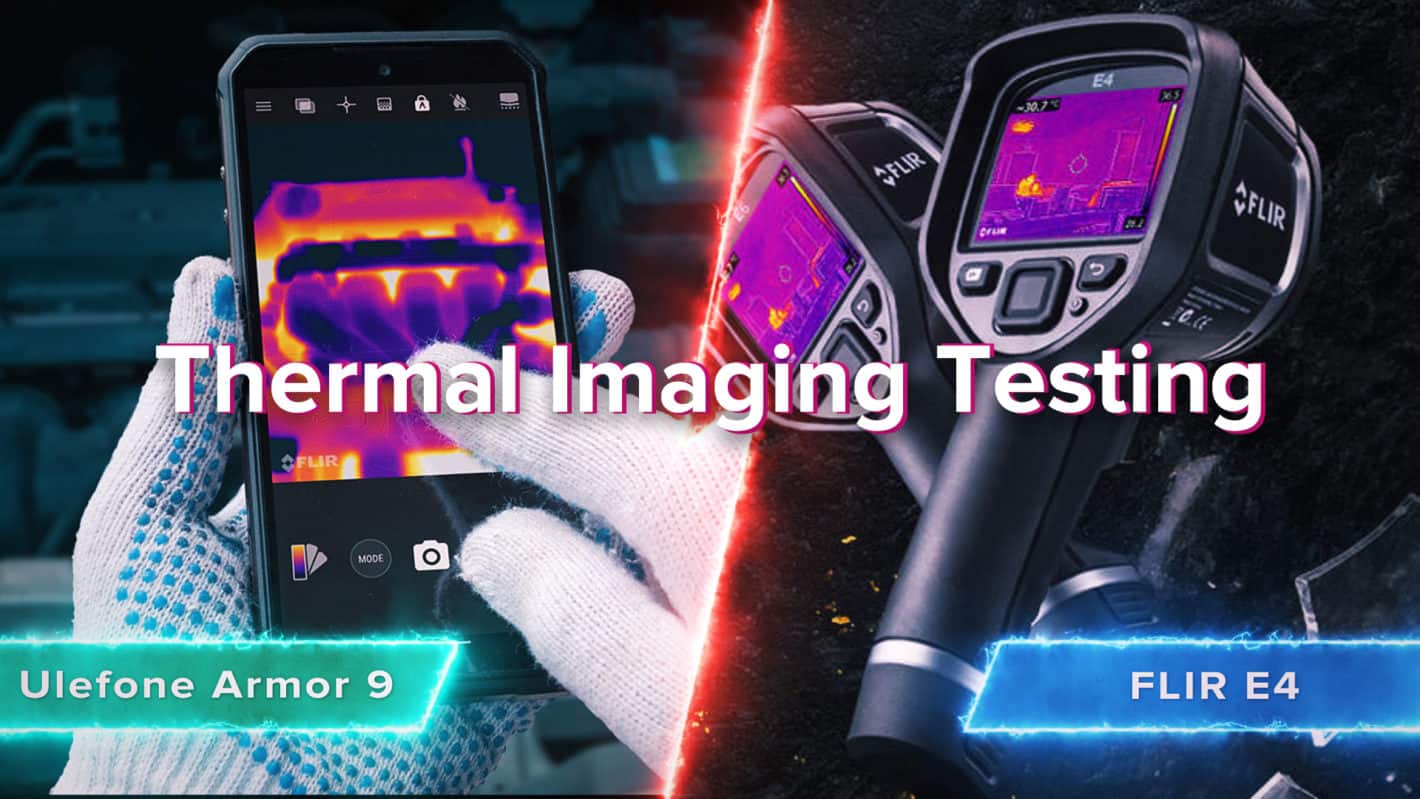 Recently, Chinese phone manufacturer Ulefone launched a new flagship rugged phone – Armor 9. The Armor 9 is highly anticipated by users and tech media since its reveal. And what makes it is particular is that Armor 9 packs the thermal imaging camera by FLIR®, which is the world’s largest and professional thermal imaging technology company. Let’s see how Armor 9 performs when compared with a professional thermal imager – FLIR E4.

Speaking of the display, the Armor 9 is a clear winner since it comes with a 6.3-inch FHD+ display with 19.5:9 aspect ratio while the FLIR E4 only features a small 3-inch display. The ultra-large display of Armor 9 enables you to get large images with more details and provide fast, convenient touch-screen operation, and the FLIR E4 only supports keys operation.

Ulefone Armor 9 comes with a MyFLIR app, supports to take thermal imaging photos, videos, time-lapse mode and even YouTube live. It features 9 color palettes for your option, supports to check and edit the captured photos/videos. On the other hand, FLIR E4 only supports taking photos, and checking the captured photos. And it is without built-in app, if you want to share the thermal imaging photos with others, you should connect to computer first.

Right now, Ulefone Armor 9 is on hot sale at Aliexpress with a special price of $479.99. If you are a professional in some industries, outdoor adventurers or just interested in thermal imaging, you can consider to get an Armor 9.

For more details of Armor 9 or other Ulefone devices, please visit the Ulefone official website.