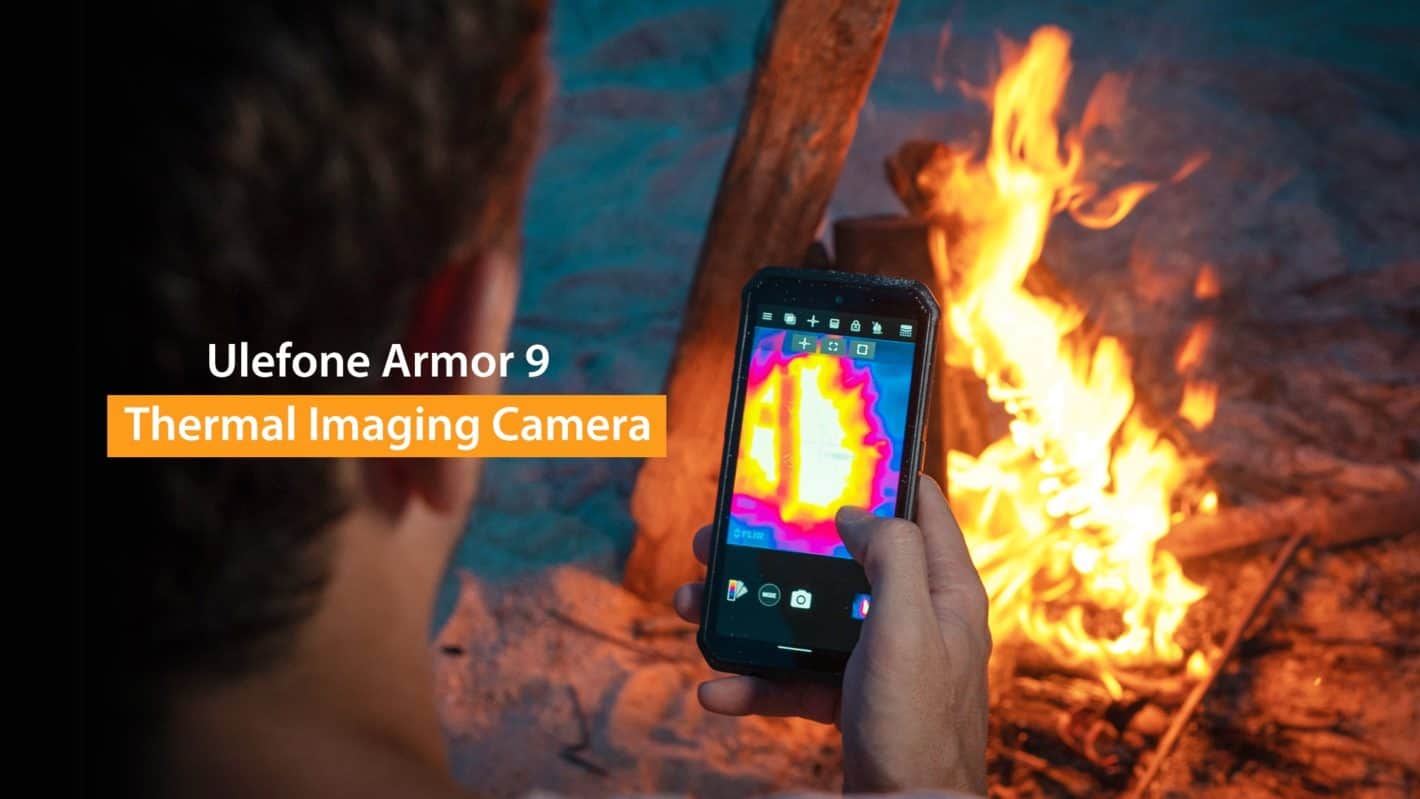 The Ulefone Armor 9 is the company’s new handset which comes with a really interesting camera on the back. Ulefone has included a thermal imaging camera on the Armor 9, and a new promo video shows it in action.

This promo video has a duration of only 13 seconds, and it is embedded below the article. In it, you’ll see the camera fired up in the camera app, and what it sees is pictured on the display.

This camera can basically show you detailed temperature measurements. It will show you the temperature of surrounding objects, by using various shades of red. The more red something is, the warmer it is.

FLIR's thermal imaging camera is included in the Ulefone Armor 9, and shown in this promo video

The Ulefone Armor 9 packs in a thermal imaging camera from FLIR. This camera can actually be quite practical, as it can be used while fixing a car, observing the greenhouse, for pipeline diagnosis, and so on.

This camera can see through smoke, and it sees in the dark as well. You can basically see people’s thermal imaging in the dark by using this camera, the same goes for animals, and so on.

The Ulefone Armor 9 is a compelling phone in its own right. This smartphone sports a waterdrop notch, and it does look like a rugged smartphone. There’s a good reason for it, as this is a rugged phone.

The device includes a total of four cameras on the back, and one on the front. It is IP68 certified for water and dust resistance, while it also comes with MIL-STD-810G certification for ruggedness.

The Helio P90 fuels this smartphone, so its performance shouldn’t be in question. That chip is backed by rather light software (Android 10), and by 8GB of RAM. The phone also includes 128GB of storage.

A 64-megapixel main camera is placed on the back of the device. On top of all that, the device also comes with a large battery. The Ulefone Armor 9 packs in a 5,500mAh battery.

The device features a 6.3-inch fullHD+ display. That being said, this smartphone is currency listed on Kickstarter. The company is asking for your help in order to bring it to life.

If you’d like to know more about the device, feel free to hit the link down below. If you'd like to check out the Ulefone Armor 9 promo video, it's embedded below.