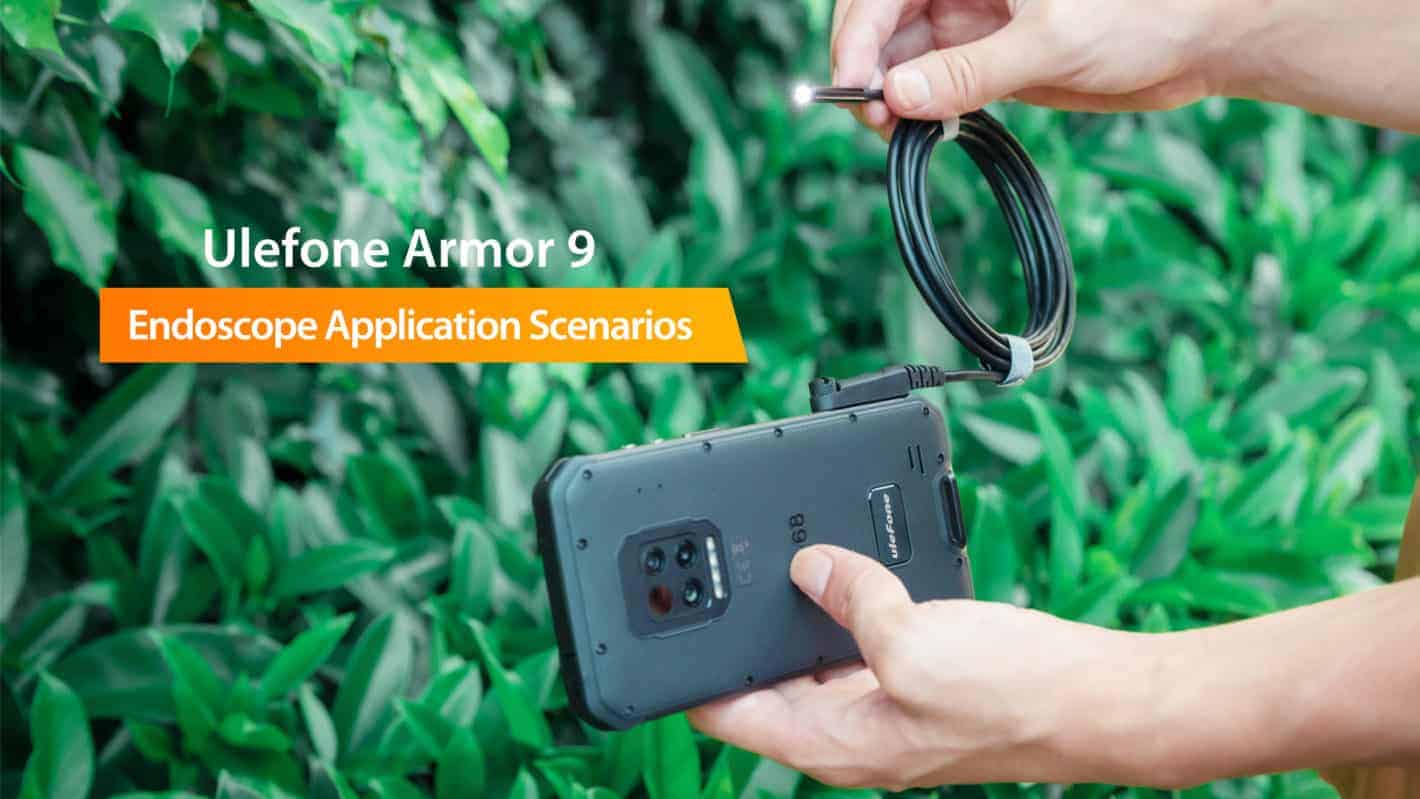 The Ulefone Armor 9 launched quite recently, and the company just released a new promo video in which an endoscope has been attached to the phone.

This video is quite short, it has a duration of less than 20 seconds, and it shows an endoscope in various scenarios. Before we get to it, though, some of you may wonder what is an endoscope?

Well, it’s a small camera that can reach places your eye cannot, basically. You can lead this camera through the pipes if they’re blocked. You can lead it into your car’s exhaustion system to check out what’s going on, and so on.

The Ulefone Armor 9 does come with endoscope support

Both of those endoscope use scenarios have been shown in this Ulefone Armor 9 promo video. Ulefone threw in some additional ones as well, just to show you how useful it is.

The Ulefone Armor 9 does support an endoscope, but that’s not the only unique feature of this phone. The device also comes with a thermal imaging camera on the back.

That camera can show you the temperature of objects in front of it, so it has use case scenarios of its own. The Ulefone Armor 9 is a rugged phone, by the way, as are all the other ‘Armor’ handsets from the company.

This device is currently listed on Kickstarter. Ulefone received enough pledges really fast. At the time of writing this article, 140 backers helped Ulefone, as the company collected over $61,000 for the project.

Ulefone’s goal was to collect at least $12,903, so that goal was crushed, to say the least. There are still 9 days to go as well, so more people will probably pledge some cash towards this project.

The Ulefone Armor features a waterdrop display notch. It sports a 6.3-inch fullHD+ display, and it is fueled by the Helio P90 64-bit octa-core processor. The device also includes 8GB of RAM, and 128GB of storage.

A huge battery is included in this smartphone

A 6,600mAh battery is included on the inside as well. Thanks to the Helio P90, and this huge battery, this phone should provide you great battery life, that’s for sure.

A fingerprint scanner is also a part of the package, as is a 64-megapixel main camera on the back. Android 10 comes pre-installed on the phone, while an NFC chip is included.

If you’d like to pledge some cash towards this project, we’ve included the Kickstarter link down below.