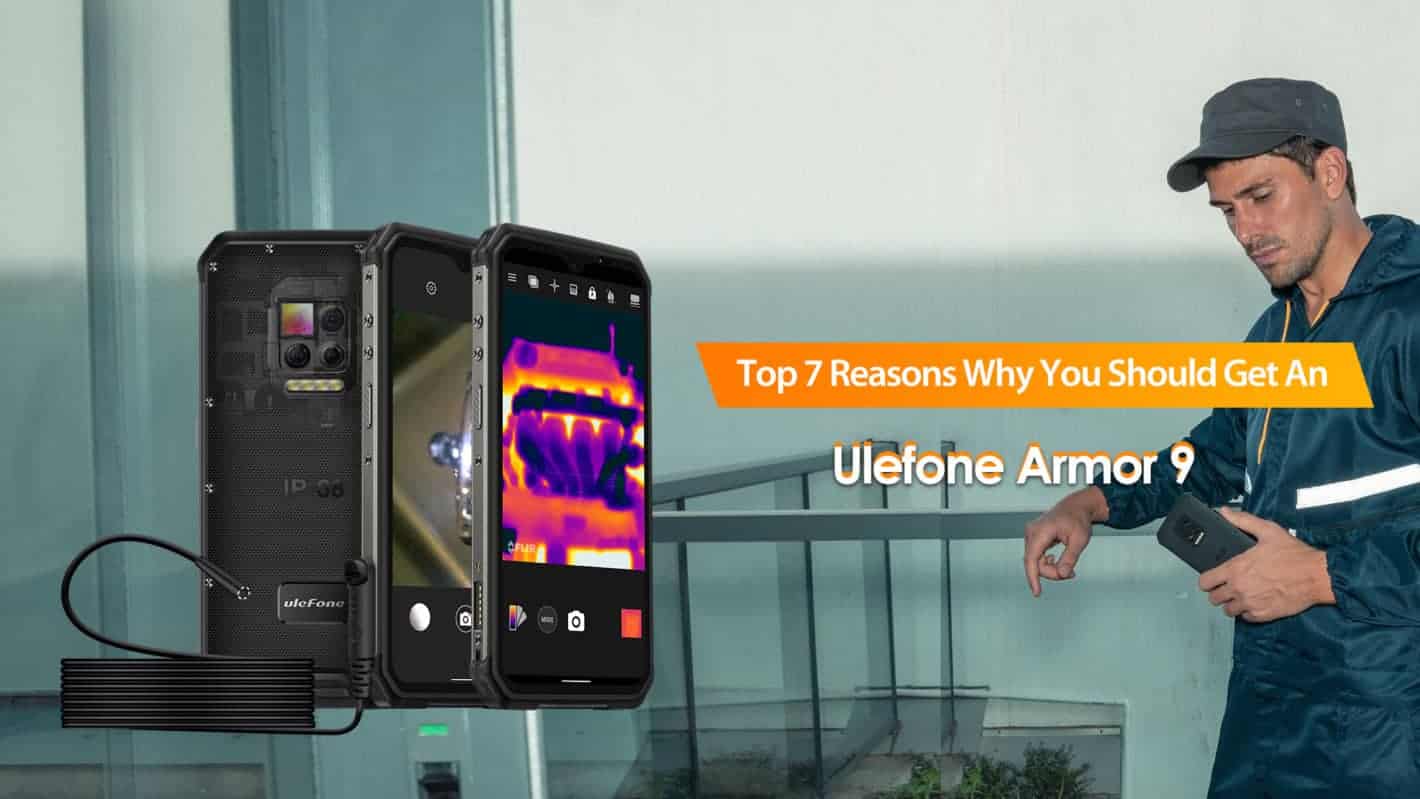 Ulefone has decided to share 7 reasons why you should consider buying its Armor 9 handset. The Ulefone Armor 9 is the company’s newest rugged phone which comes with a thermal camera, and various other features.

The first reason mentioned is the phone’s build quality. The Ulefone Armor 9 is a rugged phone, it’s made for tough usage, basically. The phone is IP68/IP69K certified for water and dust resistance. On top of that, it’s also MIL-STD-810G certified, which means it can take a beating as well. It’s resistant to sudden drops and shock as well.

The Ulefone Armor 9 packs in a thermal camera, it comes with the FLIR Lepton thermal imaging camera with MSX technology. This camera can be quite useful when inspecting pipes, the temperature of various objects, and so on. It’s also quite fun to use, on top of all that. It’s weird to see such a camera on a phone, but that’s not a bad thing, at all.

Ulefone also boasts about the main camera on the Armor 9. The device includes the Samsung ISOCELL GW1 imaging sensor. That is a 64-megapixel camera sensor that Ulefone claims is quite capable. That’s not a bad choice at this price range, and having in mind this is a rugged phone.

The Ulefone Armor 9 also comes with endoscope (camera) support. That is something the company already shown in a separate promo video. You can attach an endoscope to this phone, and inspect hard-to-reach places, such as your car’s exhaust system, or your pipes at home, for example.

The Armor 9 is fueled by the MediaTek Helio P90. That is, still, one of the company’s most capable processors. That chip is not that power-hungry, and it offers solid performance. On top of that, this phone is also equipped with 8GB of RAM, while you’ll also get 128GB of internal storage.

This smartphone packs in 6,600mAh battery. That is a large battery pack, that’s for sure. Considering this phone’s processor, and display, this battery should be able to provide you with a lot of usage, before you have to reach for a charger.

Ulefone’s latest smartphone comes with the latest OS from Google, Android 10. It comes with a ton of privacy options, and full dark theme support. Android 11 is in development, but it hasn’t reached the stable version yet, which makes Android 10 the latest offering from Google.