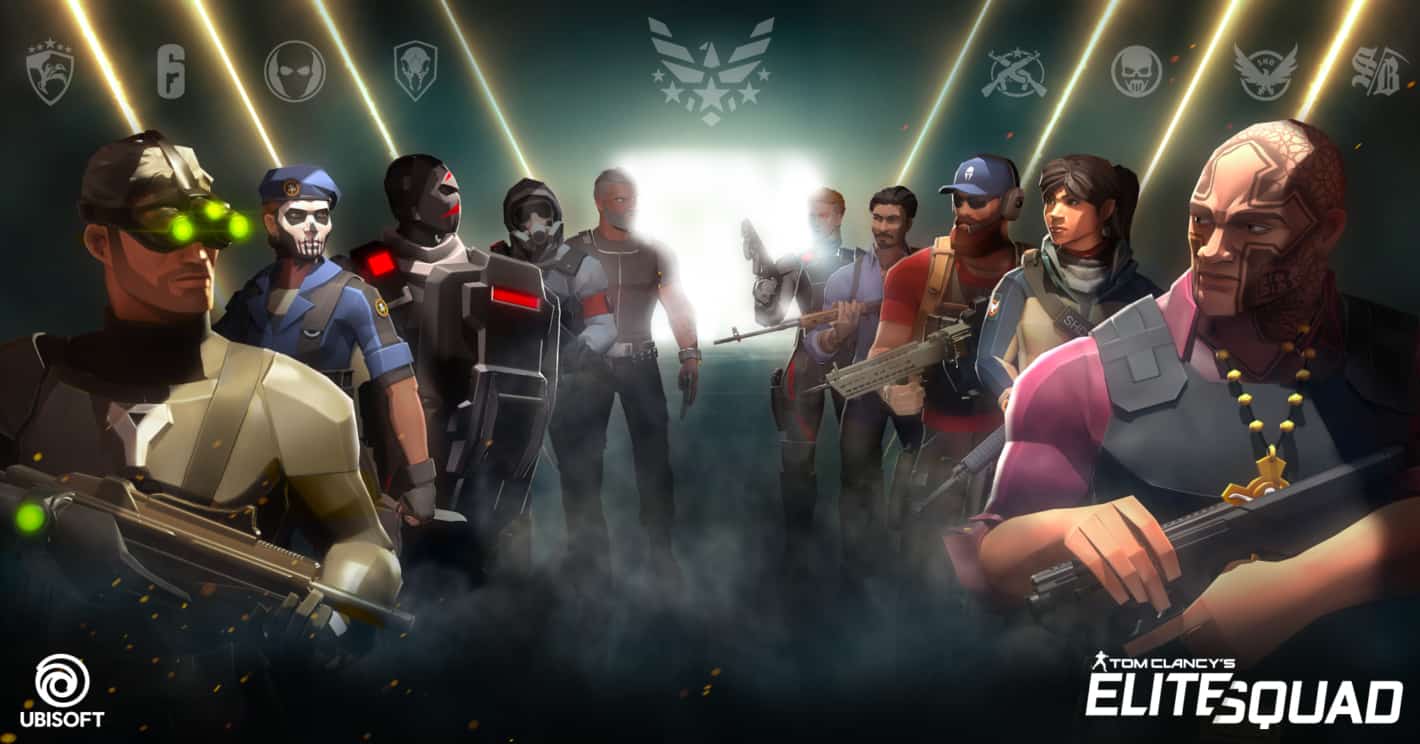 Tom Clancy games are a fan-favorite of Ubisoft's franchises, and now it looks like Ubisoft wants a Tom Clancy mobile game to be included in that mix.

The game in question is the upcoming Elite Squad, which Ubisoft announced way back in June of 2019 during its E3 events. Since that time there hadn't been any mention from Ubisoft about this title.

Fast forward to 2020 with Ubisoft's live stream event that took place on July 12, it had more to share about Elite Squad. Like the release date. The interesting thing about this mobile game is that it includes characters from multiple Tom Clancy titles. So it's a bit of a mashup.

Ubisoft is throwing together characters from its top franchises into this game.

This includes the Rainbow Six franchise, Ghost Recon, Splinter Cell, The Division, H.A.W.X., and End War. Teams are also made up of the heroes and villains from those games. So you could have Sam Fisher, the main hero of the Splinter Cell series, teaming up with El Sueno, the main villain from Ghost Recon Wildlands.

Ubisoft is also classifying this as a role playing game. Though it definitely has a little bit of strategy mixed in as you control the movements of your entire squad of five team members.

It's not clear exactly how many different characters there are. But there's likely quite a few, and the game may include some sort of gacha mechanic to acquire some of them.

If the probable inclusion of gacha mechanics hasn't turned you away, then you can already pre-register for the game right now on the Play Store.

Ubisoft even dropped a new trailer for the game where it announced the official release date. Elite Squad should be showing up for both Android and iOS users on August 27. It'll be a free-to-play game that you can pick up and play.

How much it relies on the inevitable micro transactions remains to be seen. But if you're a fan of Ubisoft's Tom Clancy series games, you'll probably enjoy Elite Squad regardless.

This is probably Ubisoft's least exciting announcement of the entire Ubisoft Forward event. That's not to say there's not excitement for the game though. It's just that it probably didn't stand out as much for fans as heavy hitters like Far Cry 6 and Assassin's Creed Valhalla. Both of which are AAA games coming to Stadia.