The Motorola RAZR (2020) has just leaked out, via Evleaks on his Patreon account.

The image that was shared doesn't really show us anything  that we didn't expect to see on the Motorola RAZR (2020). It still has the folding internal display, like the original. With an outer display, and the big camera below the display on the front. Though it does look like there might be a camera cover this time around.

Though that is kind of what we are expecting with the Motorola RAZR (2020). It is essentially going to be the same kind of upgrade as the Galaxy Z Flip 5G that was announced last week, was.

This is the Motorola RAZR (2020) 5G, which does mean that it is getting an upgraded processor. While not confirmed, it's likely going to be the Snapdragon 765G. That's a big upgrade from the original RAZR which launched with a two-year old chipset.

There may also be a few other tweaks with the Motorola RAZR (2020) 5G, but don't expect a major spec bump or a lot of other changes here. This is mostly a minimal one to add 5G support. Especially since it is coming so soon after the first model. 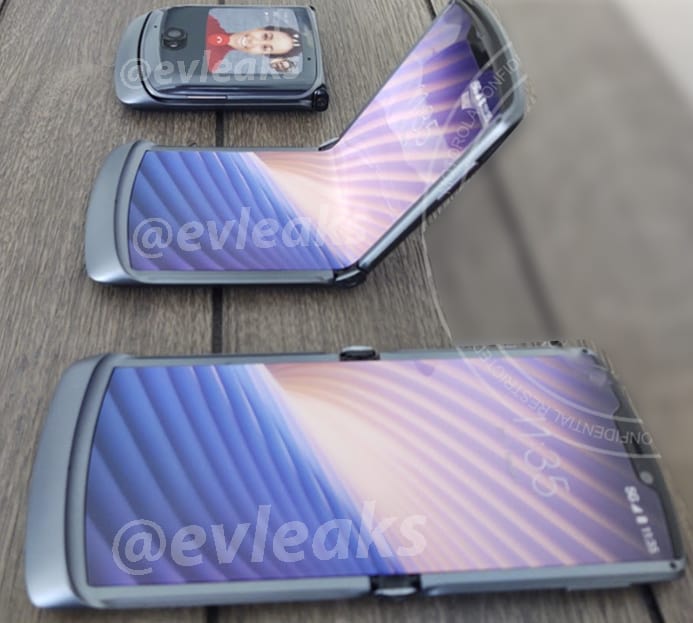 When will the new RAZR launch?

We're unsure when the new Motorola RAZR (2020) 5G is going to launch, and of course COVID-19 has thrown everything out of sorts this year. But Lenovo has been on record as to saying September.

That timeline would match up with IFA, which is where Motorola and Lenovo like to announce a lot of new products. Though IFA is looking to be mostly a remote show this year, so Lenovo and Motorola could opt to do their own thing later on in September, instead of during IFA.

We could also see some other devices coming from Motorola around that time. As there has been talk of some new Moto G smartphones. Like the Moto G9 Play and Moto G9 Plus. Motorola did announce the Moto G8 series at this same event last year, so it's very likely.

The original Motorola RAZR was exclusive to Verizon and exclusive to the US. So fingers crossed that Motorola does make this more widely available, now that it has 5G support. Though it wouldn't be a surprise to still see it as a Verizon exclusive in the US. Hopefully Motorola does bring it to other countries though.