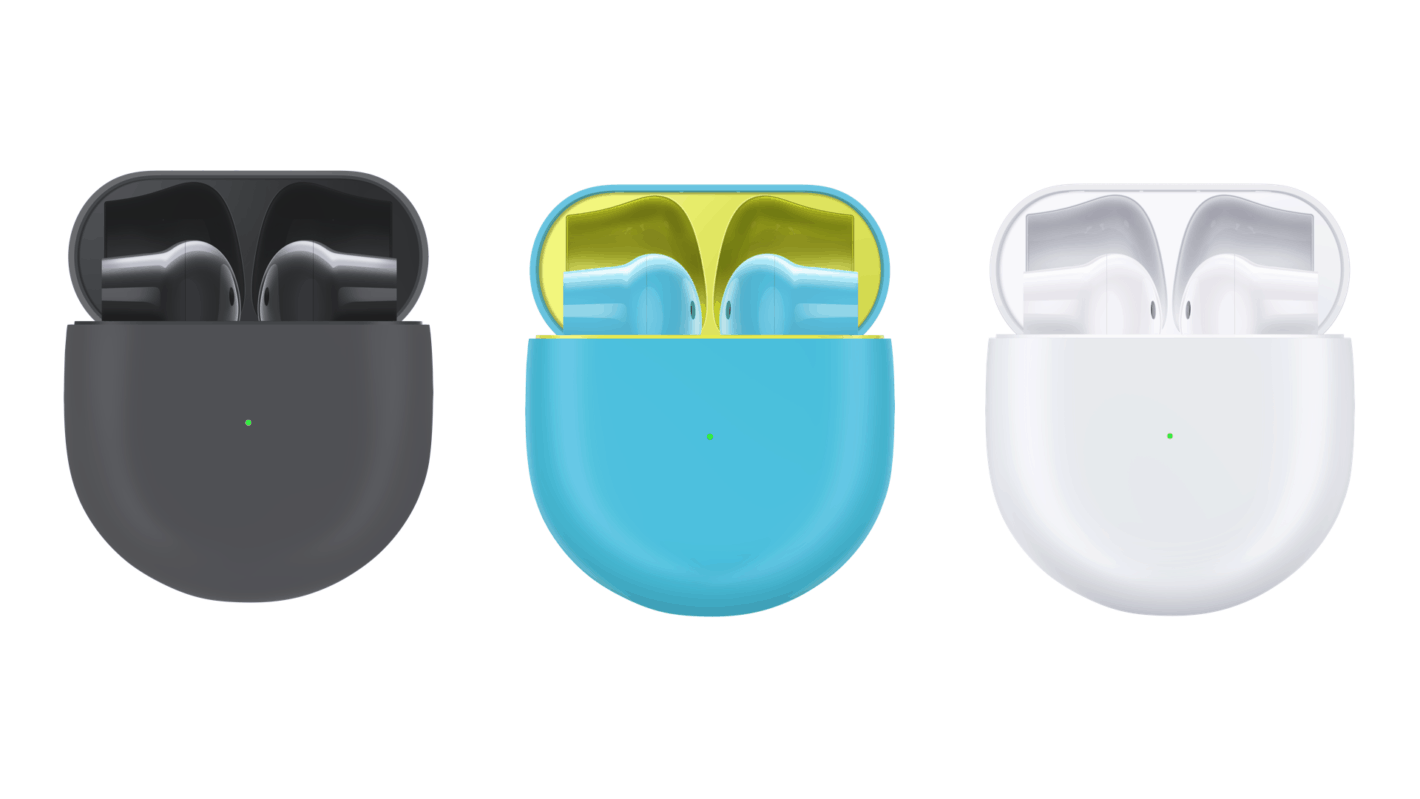 In a tweet reported by The Verge, we have seen some images of the OnePlus wireless earbuds. Several images were extracted from the OnePlus Buds APK showing them off in serval colors and from different angles.

So far there is no official word on the pricing for the OnePlus buds. However, on Instagram, a price of $XX.xx was teased. This suggests the buds will retail at below the $100 mark. This will make them very affordable.

It has been a busy few weeks for OnePlus. Firstly, the company has confirmed a number of features for the Nord smartphone. These include 90Hz display and 2GB of RAM. The OnePlus Buds also recently were confirmed to come with incredibly fast charging capability and massive battery life.

These new images show off the new OnePlus earbuds in a variety of colours. These are black, blue, and white. The earbuds also appear to be the same ones worn by OnePlus co-founder Carl Pei during an interview with Marques Brownlee.

Rumours suggest that the earbuds will also support Dolby Atmos. They will also come with a "Find My Device" option to locate lost buds.

Illustrations found through APK indicate that the buds will come with fast paring and touch controls. They may also have an automatic pause feature for when they are removed from the ear.

This incredible charging capacity and battery life came after an announcement from OnePlus in the middle of July. There the company said that the buds would last for over seven hours of continuous use, or 30 hours in total when charged from the case.

The buds also are expected to weight just 4.6 grams, while the case weighs 36 grams. This makes them incredibly light and easy to use.

In the tweet, it was noted that the buds bear more resemblance to the TWS Neo wireless buds by Vivo. Both Vivo and OnePlus are branded under the Chinese conglomerate BBK Electronics. This is perhaps why there is such a similarity.

Pretty much all of what has been rumoured is just that. Little has been confirmed, however, we should find out more on July 21 when the company said it will reveal the earbuds. Now not long to wait to get a proper and fully accurate look at what promises to be a very interesting and affordable device.