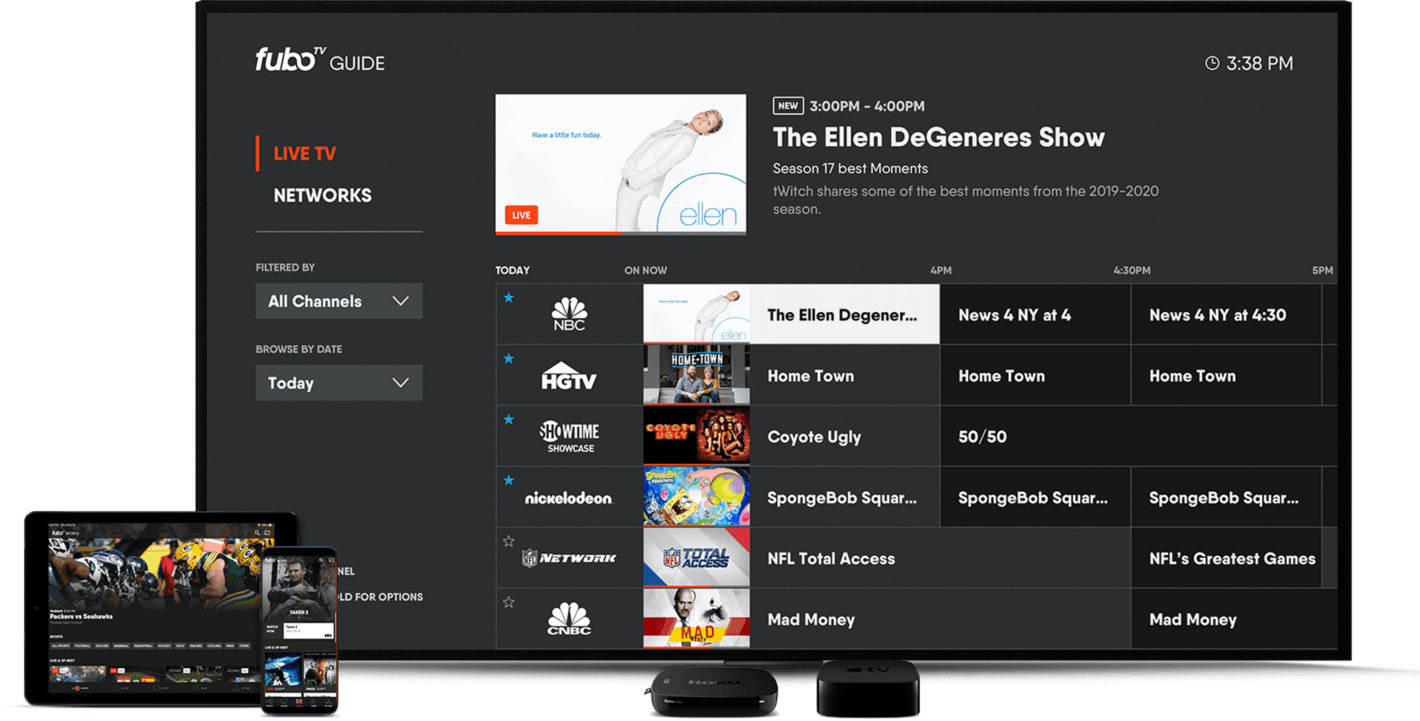 Sports are back on Fubo TV!

With the MLS having started its weird season already, the MLB starting its shortened season in a couple of days and the NBA restarting its 2019-2020 season next week, sports are officially back. And Fubo TV has you covered for all of the sports you could want.

Fubo TV is a great cord cutting streaming live TV service to watch sports on, because it was designed for sports. It has just about every sports-centric channel that you could think of. That includes ESPN (which just got added recently), FOX, FS1, FS2, regional sports networks, BTN and much more.

That means that you'll be able to watch soccer (both US and international), baseball, basketball, boxing, wrestling and much more. And boy is it great to have sports back finally.

With Fubo TV, you can get 96 channels (with over 130 events broadcasting in 4K) for just $54.99. However, the family plan is the better option and it's only $5 more. With the family plan, you get the same 96 channels, but you also get the ability to stream on three screens at once, as well as Cloud DVR Plus. Which is going to give you 500 hours of cloud DVR storage. That's plenty of space for all sorts of movies and TV shows.

If you really want Showtime then the Family Plan with Showtime is an even better option, since it is only $10 more (coming in at $69.99 per month) and Showtime is normally $12 by itself. So definitely a good deal there.

If that's not enough, then there is the Ultra plan. This one is $89.99 per month and offers over 168 channels. That also includes Fubo Extra which is an add-on that gets you 39 additional channels. As well as Cloud DVR Plus and the ability to stream on three screens at once. So it's definitely worth the money if you need those extra channels.

You can sign up for Fubo TV and watch all of the sports you want, now that they are back, by signing up here.