Qualcomm’s Snapdragon 875 appears to have been inadvertently revealed alongside others via a leak shared to China’s Weibo social network. The leaked image, shared by user @mobile chip expert, shows the release dates for a host of chips. But it also shows other details, such as the expected nanometer process used for each.

For the Snapdragon 875 — listed as SDM 875G — the image points to Samsung as the chip’s manufacturer. It also notes that it will be built using that company’s EUV 5nm process. That flies directly in the face of prior reports suggesting the chip might be made by Samsung rival and industry leader TSMC. But the timing here does make some sense.

Qualcomm is thought to have started mass-production of its chipset as of the end of June.  Said to stem from an investment bank’s market research report on both MediaTek and Qualcomm, the leaked image shows the hardware as landing in Q1 2021. That lines up with prior reports’ expectations for when the device would appear in smartphones.

What else is incoming from Snapdragon according to this leak?

In terms of other chips shown on the chart, as hinted above, those are all Qualcomm Snapdragon and MediaTek Dimensity chips. From the former company, a chip thought to be Snapdragon 690 is present, showing up in Q3 2020. That’s built on a 7nm EUV process, positioned in the lower end of the mid-range market.

Mediatek is additionally making a good showing here with its Dimensity lineup if the image is accurate. The company is looking to launch its Dimensity 600 chipset for low-end and mid-range devices in the upcoming third quarter. That’s a 7nm chipset. The 6nm MediaTek Dimensity 400 chip, conversely, is geared to the lower reaches of the Android smartphone market. And should arrive in the first quarter of 2021.

Taking on Qualcomm’s top chips, presumably, there’s also an extra MediaTek offering slotted in between the second and third quarters of next year. That’s simply noted as being a 5nm 5G flagship SoC without any associated branding. 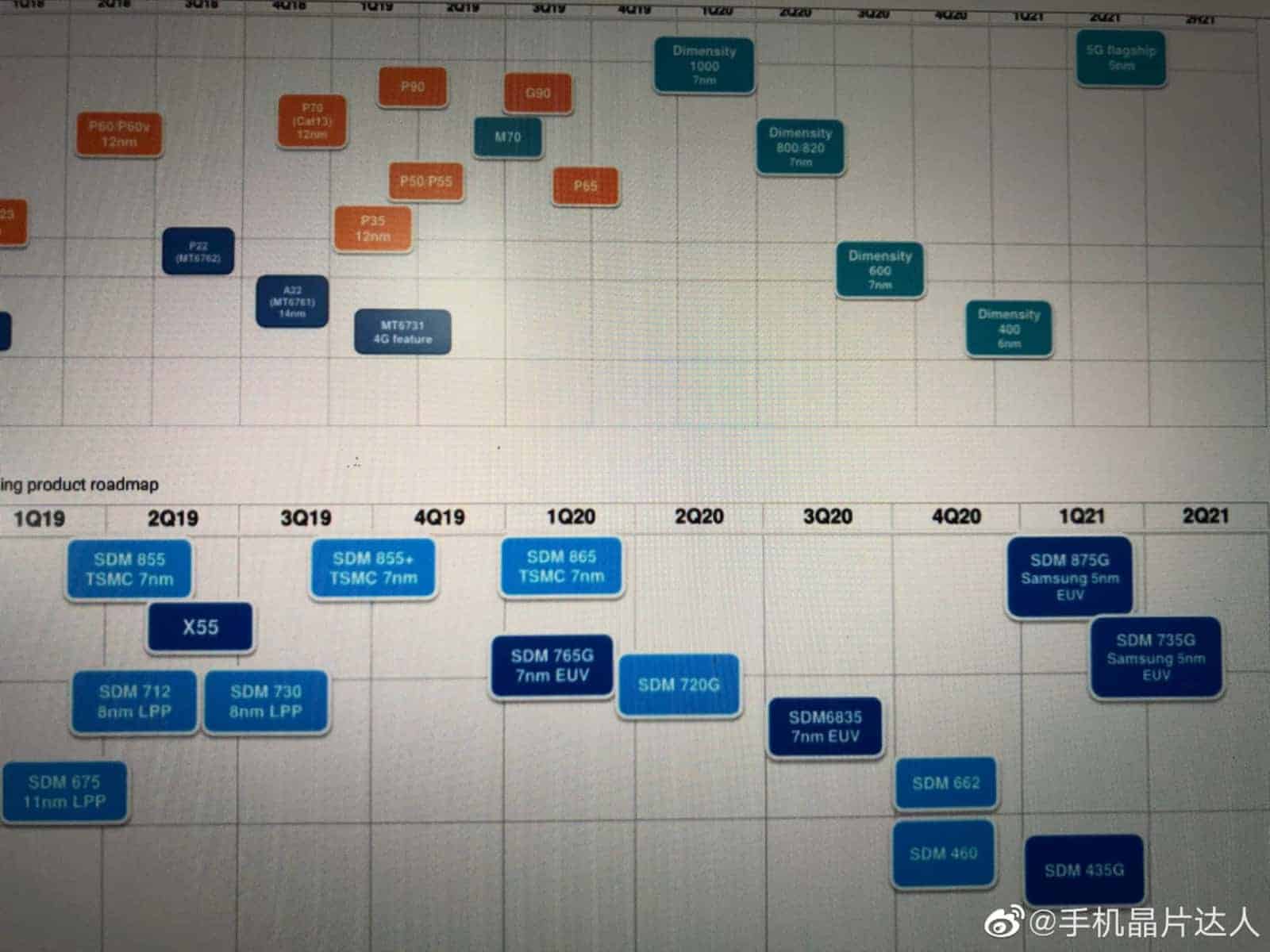