Unpacked is about a week away, which means the rumor mill is in full force now. And the Samsung Galaxy Z Fold 2 5G just leaked out, which confirmed its branding as well.

That is because the image shows the device with the boot screen, which shows the Samsung Galaxy Z Fold 2 5G, and of course it is secured by Knox.

The Galaxy Z Fold 2 5G is one of about five devices that we are expecting to see announced at Unpacked next week.

This leak doesn’t show us a whole lot

The image in question, shows the Galaxy Z Fold 2 5G in its boot screen. Which means that we can’t see a whole lot of the device. But it does look like the camera cut out is smaller than the original Galaxy Fold was.

It does, however, clearly show that this is a folding smartphone. And obviously a lot bigger than the Galaxy Z Flip.

The Galaxy Z Fold 2 5G is rumored to not only sport newer internals, like the Snapdragon 865 and possibly up to 12GB of RAM. But it is also expected to have a larger external display, with a smaller notch on the internal display. Giving users more screen real estate to really take advantage of, with this folding phone.

Additionally, the Galaxy Z Fold 2 5G is also expected to be a bit cheaper this time around. While it still won’t be “affordable” for most people, it should be lower than the $1980 price tag of the original Galaxy Fold. Which part of the reason why that was so high, was due to the fact that it had a bunch of new technology, which cost more to manufacture. But now that Samsung has been manufacturing foldables for over a year, that will bring costs down. 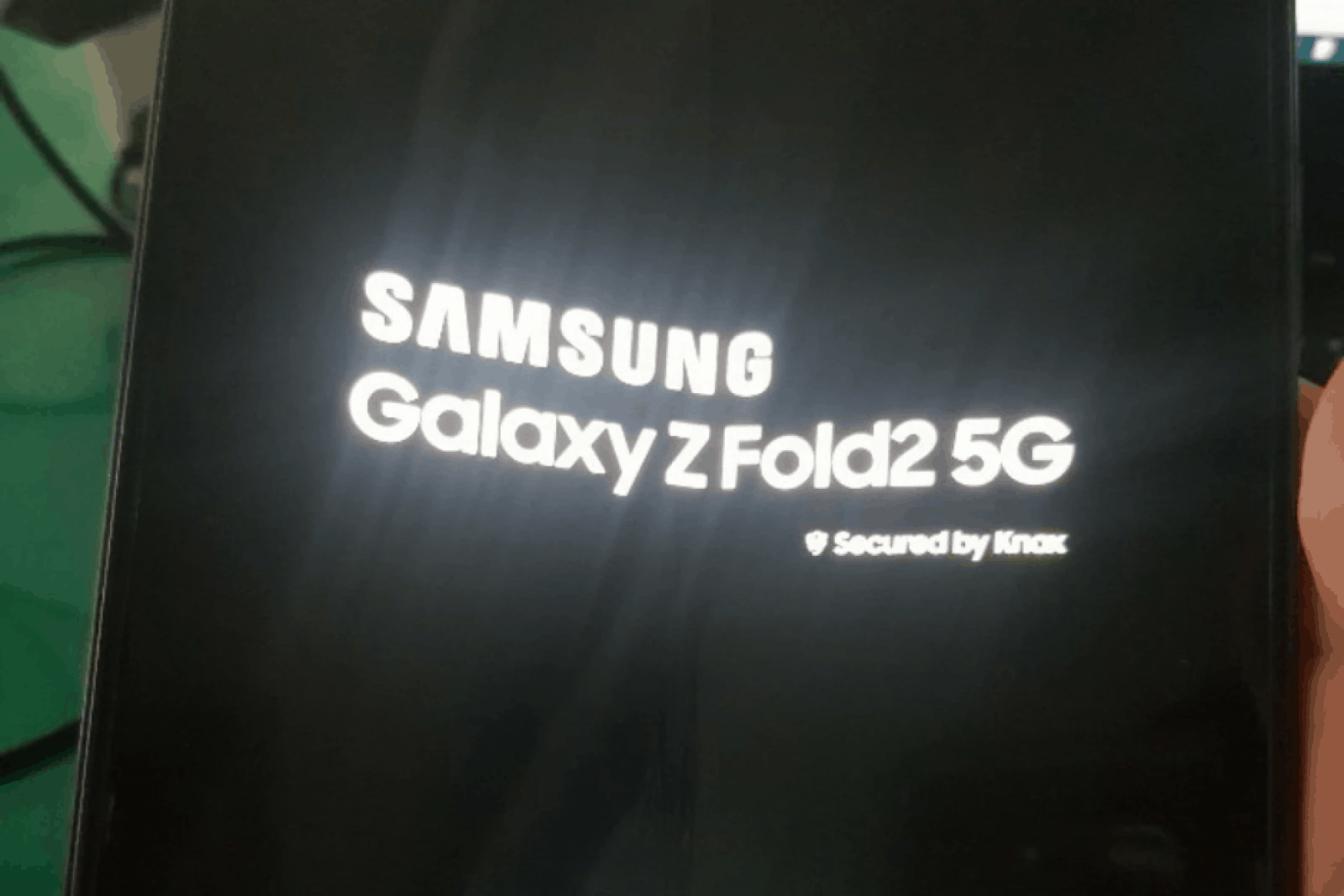 Just one of five devices being unveiled at Unpacked

Unpacked is going to be completely virtual this year, for obvious reasons. And where the event is likely going to be less than two hours long, Samsung is going to fly through these product announcements. Instead of taking the time to explain all of the new features, specs and so forth on each of the devices.

Either way, we’re definitely excited to see what Samsung has been working on.