The Samsung Galaxy Note 20 has been leaking out quite extensively over the past few days, leaving almost no surprises for Samsung’s Unpacked. And now WinFuture has put together an image that shows the size difference between the Galaxy Note 20 and Galaxy Note 20 Ultra (there’s rumored to be no Galaxy Note 20+ this year). And well, they are pretty similar in size.

Galaxy Note 20 is more rounded than the Ultra

Something else we’ve noticed is that the vanilla Galaxy Note 20 is also more curved than the Galaxy Note 20 Ultra. Which is a bit of a surprise. The Galaxy Note has never had curved corners. Samsung has reserved that for the Galaxy S series, as a way to decipher between the two.

Meanwhile, the Galaxy Note 20 Ultra definitely looks like a Galaxy Note device. With the boxy corners, and this time around the top and bottom are flat.

There are a few other differences between the two, mainly with the camera. It looks like the regular Galaxy Note 20 won’t feature a few different sensors, possibly a Time of Flight Sensors and maybe laser autofocus. On top of that, the front-facing camera on the Galaxy Note 20 looks to be a bit larger than on the Galaxy Note 20 Ultra. Samsung also did a good job of hiding it on the Ultra model with the wallpaper. 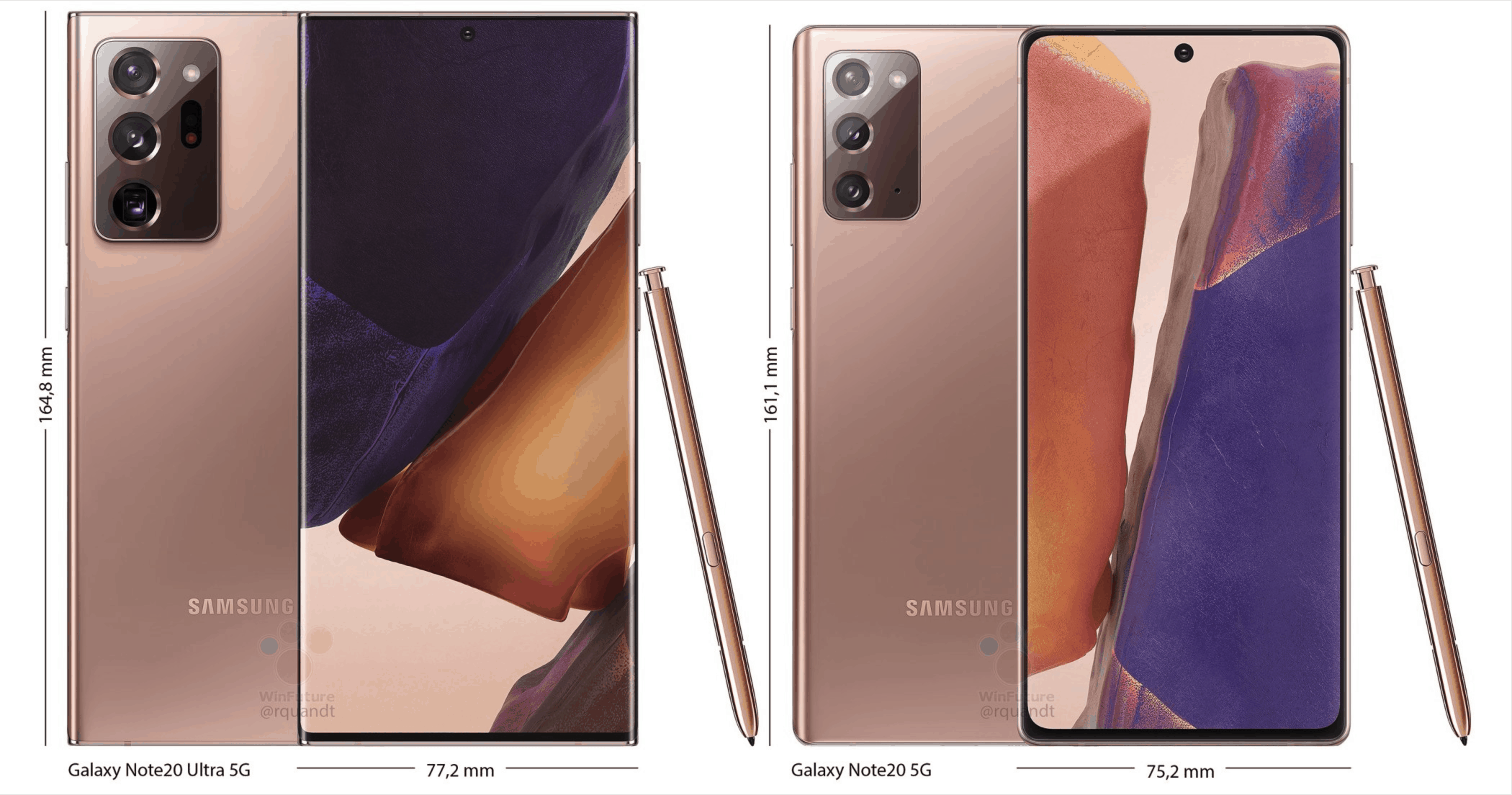 Unpacked is happening on August 5

We’re only a few weeks out from Unpacked, which is happening on August 5. Where Samsung is going to be announcing five power devices, according to its mobile chief.

For most of us tech nerds, it’ll be like Christmas – at least until we see the slide with the prices.