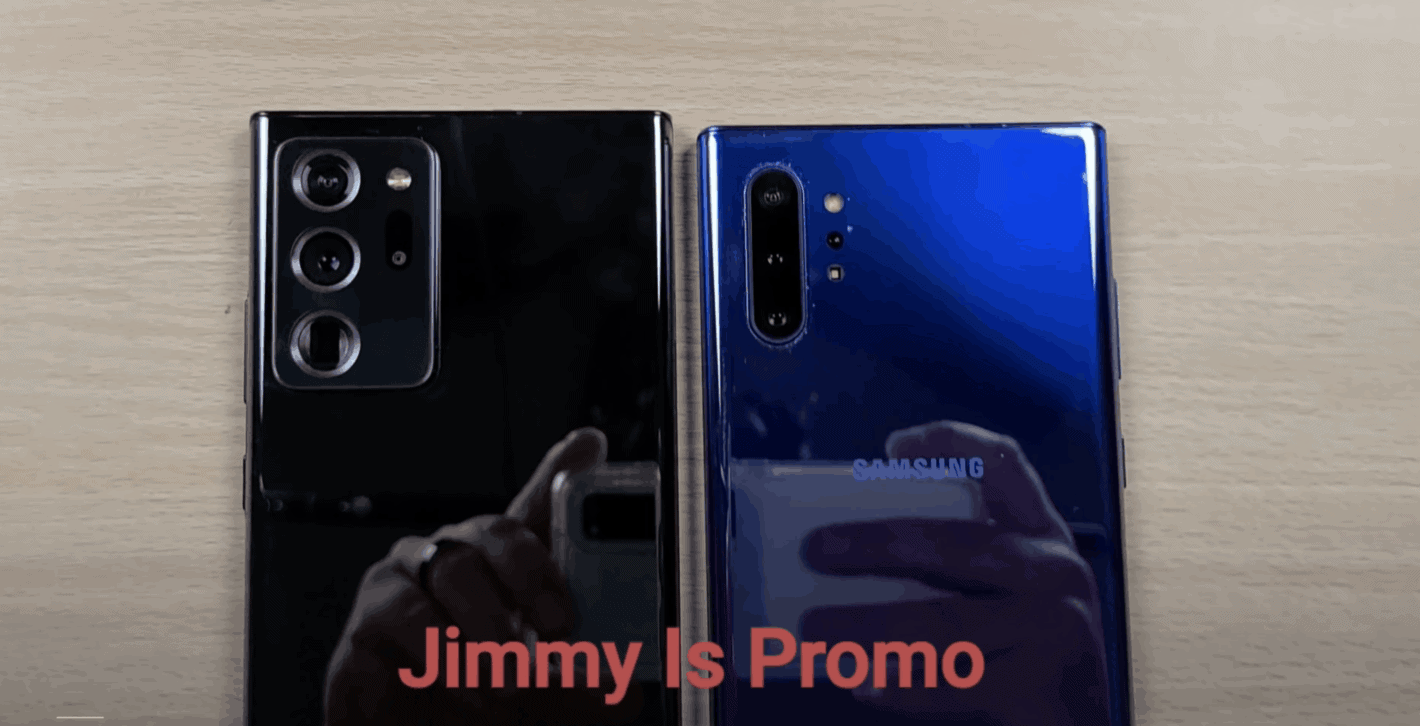 The Samsung Galaxy Note hype train has officially left the station. This week we've seen a number of new Galaxy Note 20 Ultra (and Galaxy Note 20 in general) leaks, and now we're seeing a new hands-on video of the device.

The video comes from the same source that released some pictures of the Galaxy Note 20 Ultra earlier this week, YouTuber Jimmy is Promo. So it's pretty obvious that he has a Galaxy Note 20 Ultra in hand. He has covered up the markings that would let Samsung know who he got the phone from, which is smart of Jimmy.

There are some subtle design changes this time around. In the video, we can tell that Samsung has decided to move the S Pen and speaker placement to the other side of the USB-C charging port.

The Galaxy Note 20 Ultra is also a bit thicker than the Galaxy Note 10+ was last year. This could leave room for a larger battery and possibly a thicker S Pen. Which would make using that stylus a lot easier.

This also shows just how thick that camera bump is. And oh boy is it thick. It's definitely more chunky than the Galaxy S20 Ultra was, which was already pretty thick. That's going to make using it on a table a lot more wobbly. The camera sensors in general are also a lot larger than the Galaxy Note 10+ cameras were. Though this isn't much of a surprise as the Galaxy S20 series did boast a much larger sensor group. Which should also allow for better low-light photography. There's also a new, revamped 108-megapixel sensor included.

Finally, the top and bottom are also flat. Almost looking like something that Sony would have released a few years ago. With the curved sides and flat top and bottom. It's an interesting look for Samsung, especially the Galaxy Note lineup.

The video also shows off the new S Pen Pointer software that we had seen rumored very recently. There's likely going to be more changes for the S Pen with the Galaxy Note 20 series.

Jimmy is Promo also notes that he believes that there are only two Galaxy Note 20 models this year. Adding more fuel to the fire of there being no plus model this time around. Just a Galaxy Note 20 and Note 20 Ultra. Which would make more sense for Samsung, considering the Galaxy Note is already a really large device.

Of course, we'll find out everything when the devices are announced on August 5. Samsung confirmed that date on Tuesday.