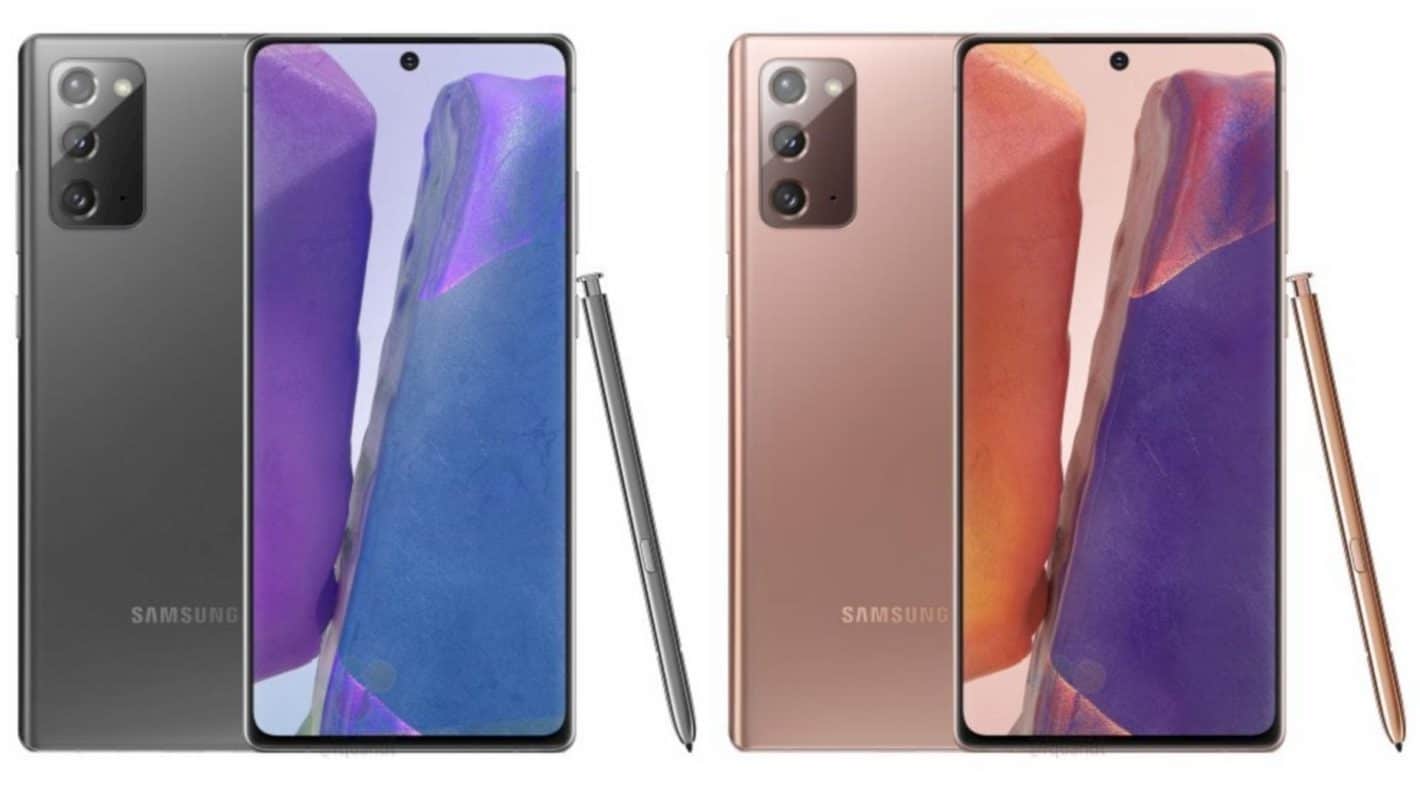 The upcoming Samsung Galaxy Note 20 for Europe has now been leaked in its entirety by Dutch site WinFuture. That includes not just full specifications for the smaller of two expected 5G-ready gadgets. It also includes fresh images that reveal quite a few stunning design alterations between this variant and the "Ultra" configuration.

The images speak for themselves, with the standard edition also shown as available in an additional color. That's Mystic Green but hasn't been pictured yet. But the specs here seem to confirm a number of prior reports and highlight key differences between this handset and its "Ultra" counterpart. The Samsung Galaxy Note 20 Ultra was already leaked from the same source earlier today.

The most prominent difference between the two comes back to the display. Here, as some reports have speculated, Samsung is dropping the smoothly curved, up to 120Hz, 6.9-inch Dynamic AMOLED Infinity Display used in the Ultra. Instead, the South Korean tech giant is utilizing a much more modest 6.7-inch Super AMOLED display. That's not only rated with a 60Hz refresh rate. It's completely flat.

Now, both Samsung Galaxy Note 20 variants in Europe will come with similar features. They'll each support Dual SIM configurations with eSIM compatibility. And they'll both deliver USB-C Gen 3.2, along with NFC, Wireless DeX, Wi-Fi 6 support, on-screen fingerprint reading, and an IP68 rating. Each will have support for up to 5G networking, presumably with a separate variation for that.

The cameras, in terms of features, will be similar too. The front-facing selfie camera will be a 10-megapixel f/2.2 aperture snapper with autofocus. Video recording will be possible at up to 8K from the main camera. But the cameras themselves will be very different.

The main camera, for starters, is leaked as a 108-megapixel f/1.8 aperture arrangement in the "Ultra" version. But that's just a 12-megapixel lens with a similar aperture in the standard Note 20. The second of the three cameras is identical. That's a 12-megapixel ultra-wide-angle camera with an f/2.2 aperture.

For the Samsung Galaxy Note 20 Ultra, though, the 12-megapixel zoom camera is capable of 5-times optical zoom and 50-times "space" zoom. An f/3.0 aperture is in place with laser-driven autofocus.

That's as compared to the 64-megapixel telephoto lens in the standard edition. The leak suggests Samsung engineered that with an f/2.0 aperture and just 30-times space zoom. Optical zoom is limited to 3-times zoom.

At least in Europe, there's also one more noteworthy detail this most recent Samsung Galaxy Note 20 leak reveals. And it isn't necessarily great news for buyers in that region. As expected, the leak seems to confirm that the device will ship with the same Exynos 990 chip found in the Galaxy S20 series from Samsung.

Previous leaks had indicated that would be the case and the chipset is great in terms of general performance. But it doesn't quite stack up to the power or efficiency of the Qualcomm chip that's expected in other regions. For buyers in Europe, that's going to be backed up by 8GB RAM and 256GB storage in the base standard model. That's compared to a base of 12GB and up to 512GB in the "Ultra" version.

A 4,300mAh wireless-charging compatible battery backs all of that up. That's around 200mAh less than is seen with the Ultra.

Finally, there also seems to be a big difference in terms of S-Pen latency here. The Samsung Galaxy Note 20 Ultra shows a latency of around 9ms. But the standard variant shows up to 26ms.