The Samsung Galaxy M41 will launch soon, and it will sport a huge battery pack. The phone’s battery capacity has been revealed in both China and South Korea. The device got certified in both of those countries.

The Galaxy M41 will arrive with a huge 6,800mAh battery

The device got certified by the 3C authority in China, and Safety Korea in South Korea. Both certifications confirm that the Galaxy M41 will feature a huge 6,800mAh battery pack.

Safety Korea has even shared an image of the battery itself, which you can see below this paragraph. The battery capacity is a bit difficult to see in such a small image, though. 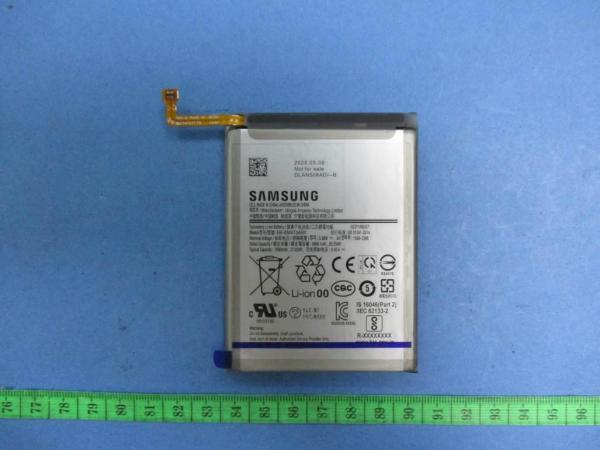 In any case, Samsung may market this battery as a 7,000mAh pack, that would not be surprising. Considering that the Galaxy M41 is expected to be an affordable device, with a battery-friendly SoC, that battery could keep it on for a long time.

A 7,000mAh battery pack would keep pretty much every smartphone running for a long time, let alone a budget one. We don’t have all that much information about the device itself, though, other than the battery info.

Some sources did report that the Galaxy M41 may be replaced by the Galaxy M51. The Galaxy M41 allegedly had some display-related issues, so Samsung may just skip over it.

Whatever its name ends up being, the device is expected to ship with the Snapdragon 730 SoC. It is also expected to sport a 6.5-inch pinhole display, and 8GB of RAM.

128GB of internal storage will also be included, while the phone will sport a fingerprint scanner. A headphone jack will be placed at the top of the device, it seems.

Rumors are claiming that the Galaxy M41 / M51 will include three cameras on the back. A 64-megapixel main camera will lead the pack. We presume that the other two cameras will be telephoto and ultrawide ones, but we could be wrong.

The device will probably cost around $250 and launch in September

The Galaxy M41 / M51 will allegedly cost around $250, and it could arrive in August or September. Considering that Samsung is planning to announce five flagship-grade phones in August, September is a better bet.

Samsung will announce quite a few devices in the next couple of months. The company is planning to launch the Galaxy Note 20 series (three phones), Galaxy Fold 2, and the Galaxy Z Flip 5G in August.

This month, on the other hand, the Galaxy Tab S7 and S7+ are expected to arrive. On top of that, the Galaxy Watch 3 may launch alongside them.