The Samsung Galaxy Buds Live leak has just ruined the surprise. Samsung’s upcoming earphones have surfaced in two pictures, and those images are leaving little to the imagination.

The first picture shows all three color variants of the Samsung Galaxy Buds Live, along with their charging case. The second one will give you a closer look at the earbuds themselves.

These have got to be the weirdest TWS earphones Samsung ever came up with. The earphones themselves look like beans, straight up, no joking. That shape leaked a while back, and at first, it didn’t seem real.

Well, it actually is, very much so. These are probably the weirdest-looking TWS earphones I’ve personally seen, in general, and I’ve seen quite a few odd-looking ones.

That does not have to be a bad thing, though. They do differentiate from the competition, and look quite interesting. I’m not saying this is a bad look, it’s just odd and different.

In any case, the earbuds themselves will be quite small, it seems. They will lay in their charging case horizontally, and the charging case will magnetically shut. We’ve seen that on a ton of other TWS earphones.

You can also see the indicators for the left and right earbud on the inside. They’re clearly marked, which is very much appreciated. Another thing you’ll notice based on this leak are the microphones.

There are multiple microphones included on these earbuds

You’ll notice that the earbuds themselves have multiple microphones on them. You will be able to take calls using these earbuds, and we do have high hopes for them.

POGO pins are also visible on the inside of this case. So, these earbuds will not charge wirelessly, but through those POGO pins, which will also be included on the earbuds themselves.

The Samsung Galaxy Buds Live earphones have been expected to arrive in July. That may not happen, though, as Ice Universe, another tipster, suggested they’ll arrive in August.

In fact, he claims these earbuds will launch alongside the Galaxy Note 20 series on August 5. Samsung had already announced that press event, by the way. The Galaxy Z Fold 2 and Z Flip 5 are also expected, and some additional devices, quite probably. 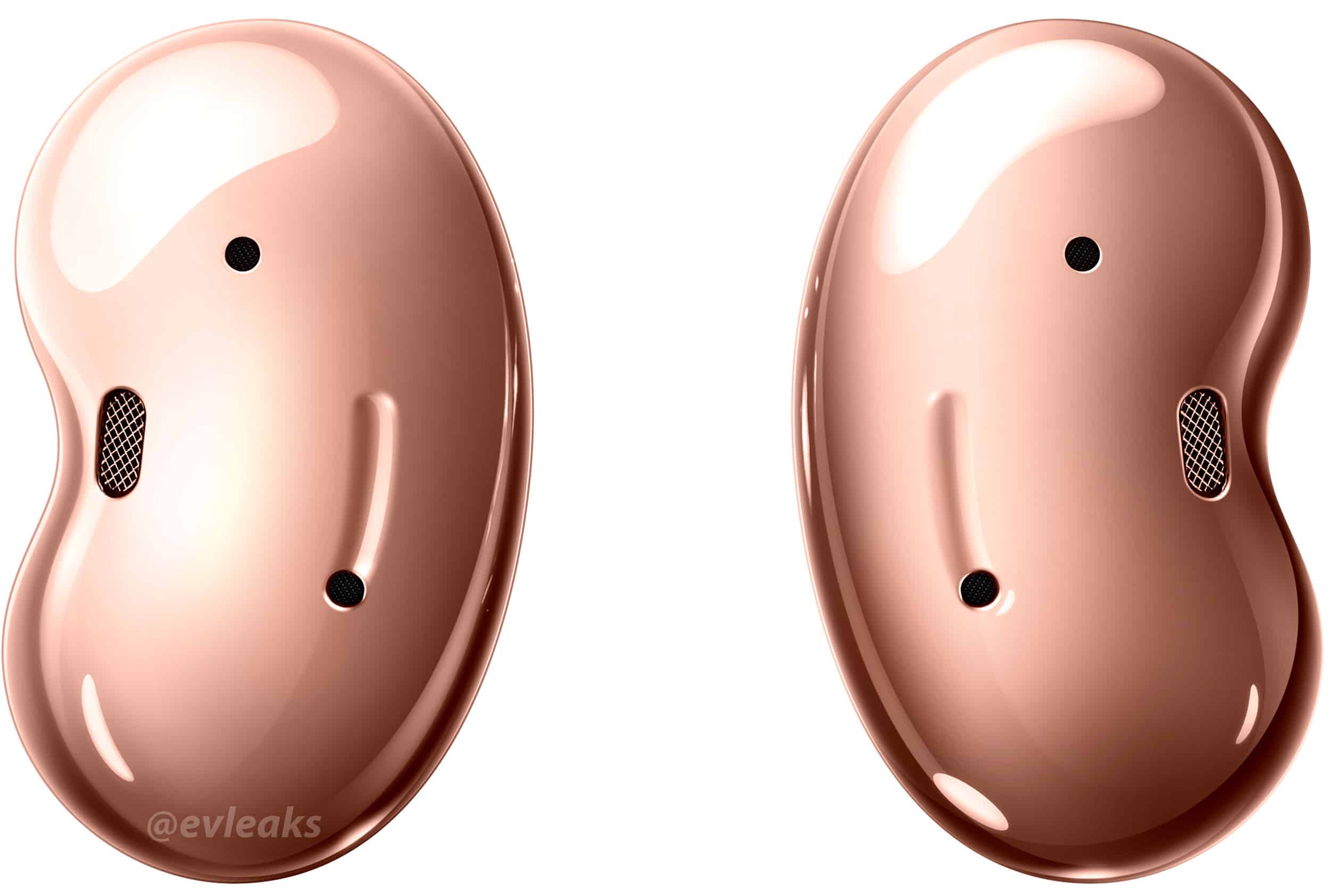