If we look back in time, Samsung was really knee-deep into virtual reality. Over the past few years, Samsung has introduced several VR headset including the popular Oculus VR headset. Moreover, the company kept on releasing a new version of VR headsets till 2017. In line with this was the Gear 360 via which users were able to capture 360-degrees pictures and videos. However, after that, there was no advancement in this category from the Korean manufacturer.

“From August 1, 2020, app updates and compatibility support on new phones will be discontinued. Even after the update discontinuation date, you can continue to use the existing app. However, it may be difficult to provide support with regard to new bugs or third-party service interworking changes and new features and services through app update,” reads the official notice.

If you are a fan of the Gear 360 app, Samsung has also mentioned some alternatives in the official notice. PC programs like Gear 360 ActionDirector and Gear 360 apps will be available to download on Windows or Mac until February 28, 2024. However, Samsung has mentioned that the update support will be discontinued.

“Please note that some features of the app are available in Gear 360 related PC programs (Gear 360 ActionDirector, Mac program name: Gear 360). PC programs related to Gear 360 can be downloaded until February 28, 2024, and you can continue to use PC programs that have already been downloaded after the above date, but please note that update support (bug fixes or third-party service interworking changes, provision of new features and services) will be discontinued.” Users will have the support of PC programs as all the features of the Gear 360 app is available in the PC software. 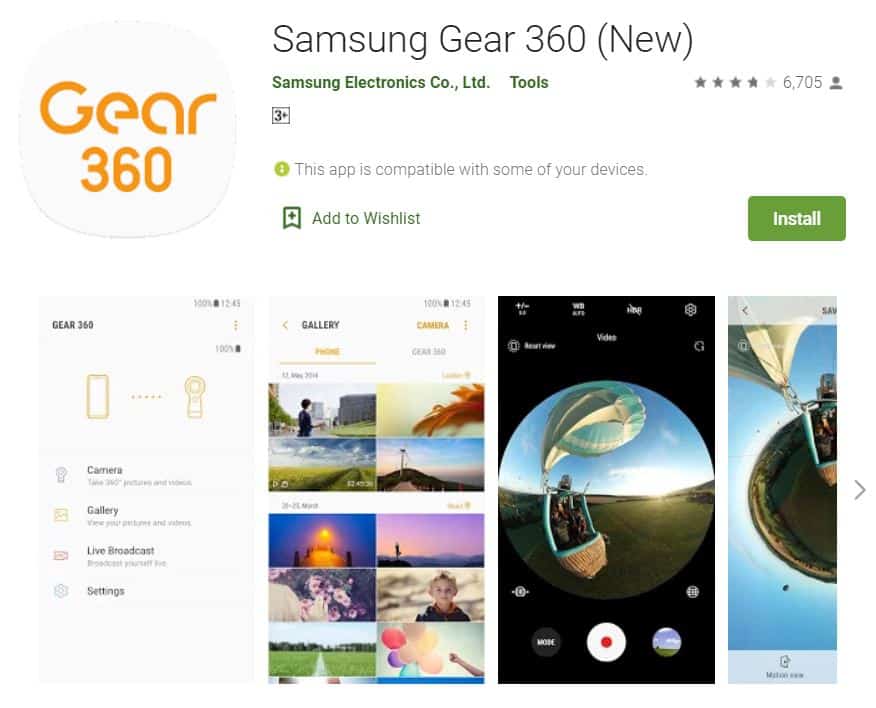