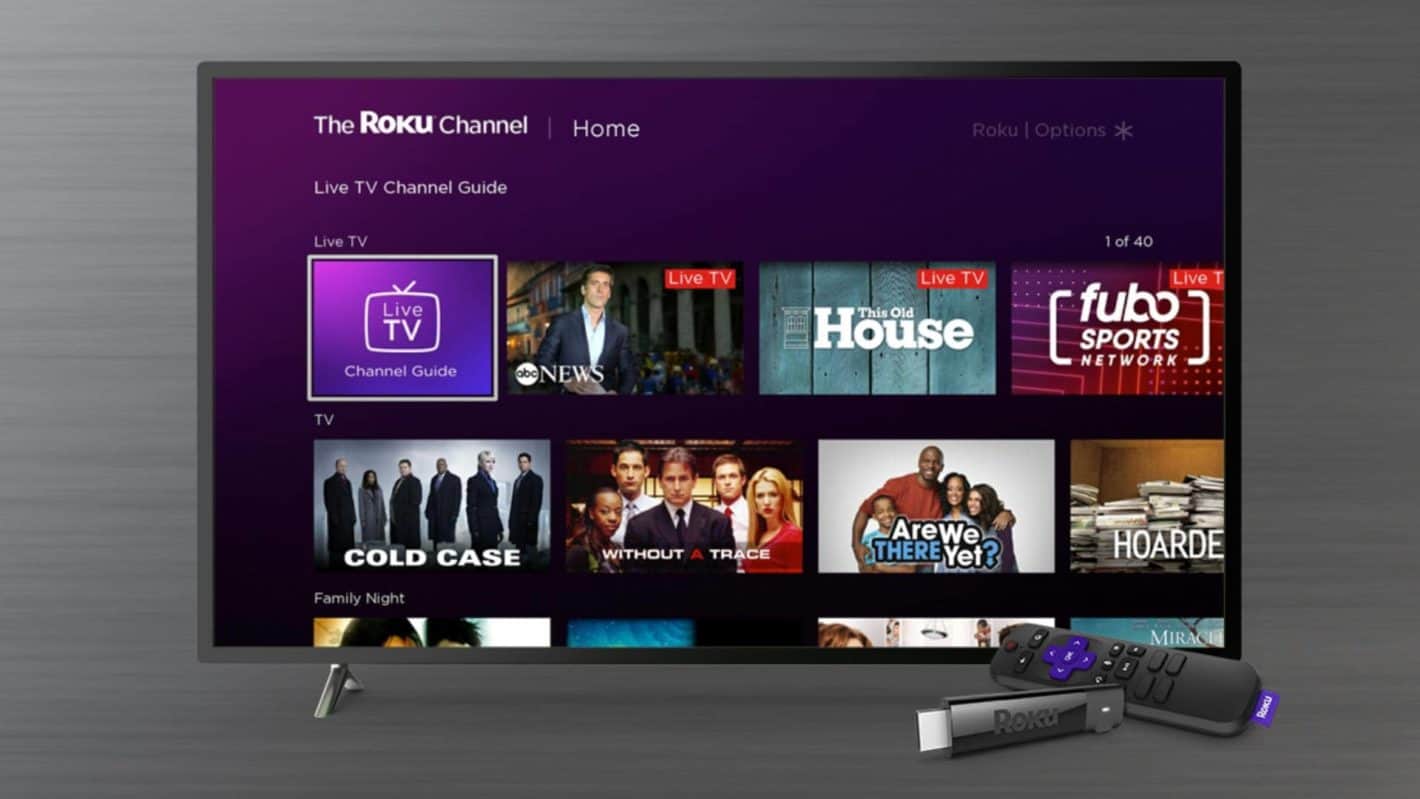 Roku has reportedly released a new Live TV Channel Guide that brings over-the-air content and premium subscription content together. The feature is a lot like the previously used TV Guide and effectively replaces that. But it showcases a lot more content under one roof than the previous feature did.

Prior to the update, which Roku says should be live for everybody, users were required to do quite a bit of navigation to get to OTA content and subscription content. For example, accessing live television required users to navigate away from the primary Roku service. It was the same for premium subscription content too.

Now, users will see all of Roku TV's offerings in the Live TV Channel Guide. And that list is as extensive as it's always been. Summarily, that's more than a hundred free channels stretching across 16 categories from News to Movies and Music. But those channels will be displayed right alongside premium and over the air content from an antenna.

Premium content that can be streamed live is available from Cinemax, Showtime, Starz, HBO, and EPIX, according to Roku's announcement.

Getting access to the new feature is going to be an extremely easy process. But there are two methods users can use to launch into it and those are very different from one another.

To go directly to the Live TV Channel Guide after starting up Roku TV, users need to first navigate to the Roku Channel. That's Roku's dedicated central hub for supplying free delivering free, ad-supported TV, movies, music, sports, entertainment, and news to everybody with a Roku account. It's found on both the TV and app variations of the experience.

Once there, on Roku TV, users should see the Live TV Channel Guide at the top of the page. It stands on its own tile with a TV-shaped icon.

The Live TV Channel Guide can also be quickly launched with just a tap of the Roku TV remote's left-arrow key. That action works — and only works — as long as users are already watching "live/linear content."

Are there any restrictions on this new TV guide and when will it arrive?

As noted above, this feature is reportedly already going to be available for most users. Roku says it started rolling out the change 'recently' and the language used appears to support that this was a rapid rollout. Those who still don't see it should see it sooner than later. But that doesn't mean every user will have access to every feature of the new Live TV Channel Guide right away.

In fact, the OTA antenna features, in particular, seem to be fairly restricted for now. Specifically, that's reportedly restricted to just Roku TVs and not available on other Roku hardware. That makes sense since it's going to be somewhat complicated for those devices to pull OTA television into the service in real-time via an antenna. But it could feasibly be rolled out to users at some point in the future.